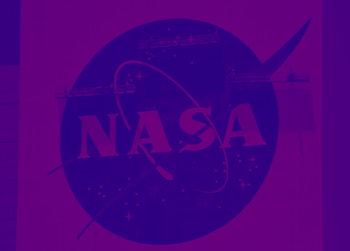 The old saw “good things come to those who wait” may find an interplanetary meaning this week, as Ingenuity, the Mars helicopter, won’t fly until Wednesday — a delay from Sunday. NASA announced over the weekend that the aircraft, which landed on the Red Planet seven weeks ago, would be delayed in its maiden voyage.

The reason the whirlygig won’t fly might also seem somewhat concerning given the fact it's some 172 million miles away from Earth. Here’s the official reason from NASA:

During a high-speed spin test of the rotors on Friday, the command sequence controlling the test ended early due to a “watchdog” timer expiration. This occurred as it was trying to transition the flight computer from ‘Pre-Flight’ to ‘Flight’ mode.

Keen to put a ... positive spin on the rotor matter, NASA also declared “the helicopter is safe and healthy and communicated its full telemetry set to Earth.”

I’m Nick Lucchesi, editor-in-chief at Inverse, and this is Inverse Daily, your daily digest of the latest science and innovation stories. Thank you for being here!

This is an adapted version of the Inverse Daily newsletter for April 12, 2021. Subscribe for free and earn rewards for reading every day in your inbox.

Seaspiracy fact check — Is Netflix's Seaspiracy worth watching? A marine ecologist debunks the movie's biggest mistake — and reveals what it got right — with Jacob Kleinman.

That’s Bryce D. Stewart, who opines in a viral thread on Twitter that Seaspiracy “regularly exaggerates & makes links where there aren't any.”

Stewart is a marine ecologist and fisheries biologist at the University of York in England. He has spent 20 years researching the managing of fisheries and marine protected areas.

So we reached out to him to find out exactly what Seaspiracy gets wrong.

Humans and apes may be closely related, but brains are where we differ. Human brains are larger and structurally different, especially in the areas that allow us to do things apes can’t, namely complex cognitive tasks like talking about the future and past.

But when did this change happen in our evolutionary history? A new study of fossil hominin braincases reveals early species in the genus Homo had a “much more primitive brain” than previously thought, study author and anthropology professor at the University of Zürich Christoph Zollikofer tells Inverse.

Twitch is cracking down on bad behavior. Again.

The streaming platform began enforcing new policies on hateful conduct and harassment back in January. They were designed to police users engaging in racist behavior, sexual harassment, and more. Despite the tighter rules, the policy only extended to what was happening on Twitch’s own platform.

On April 7, Twitch rolled out an even stricter policy that encompasses off-site misconduct.

It might sound like the kind of detox scheme dreamed up by an exclusive private rehab center in Malibu — the promise that, with the right combination of nutrients and macros, you could wave goodbye to an addiction.

But this could become a reality. Researchers are looking into the keto diet — the trendy eating regimen that’s taken over the wellness corner of the internet — as a potential tool for treating alcohol use disorder.

That wraps up this Monday edition of Inverse Daily. I would like to thank you for reading so loyally! You can follow me on Twitter at @nicklucchesi, where I share some of my favorite stories from Inverse, Input, and Mic every day.