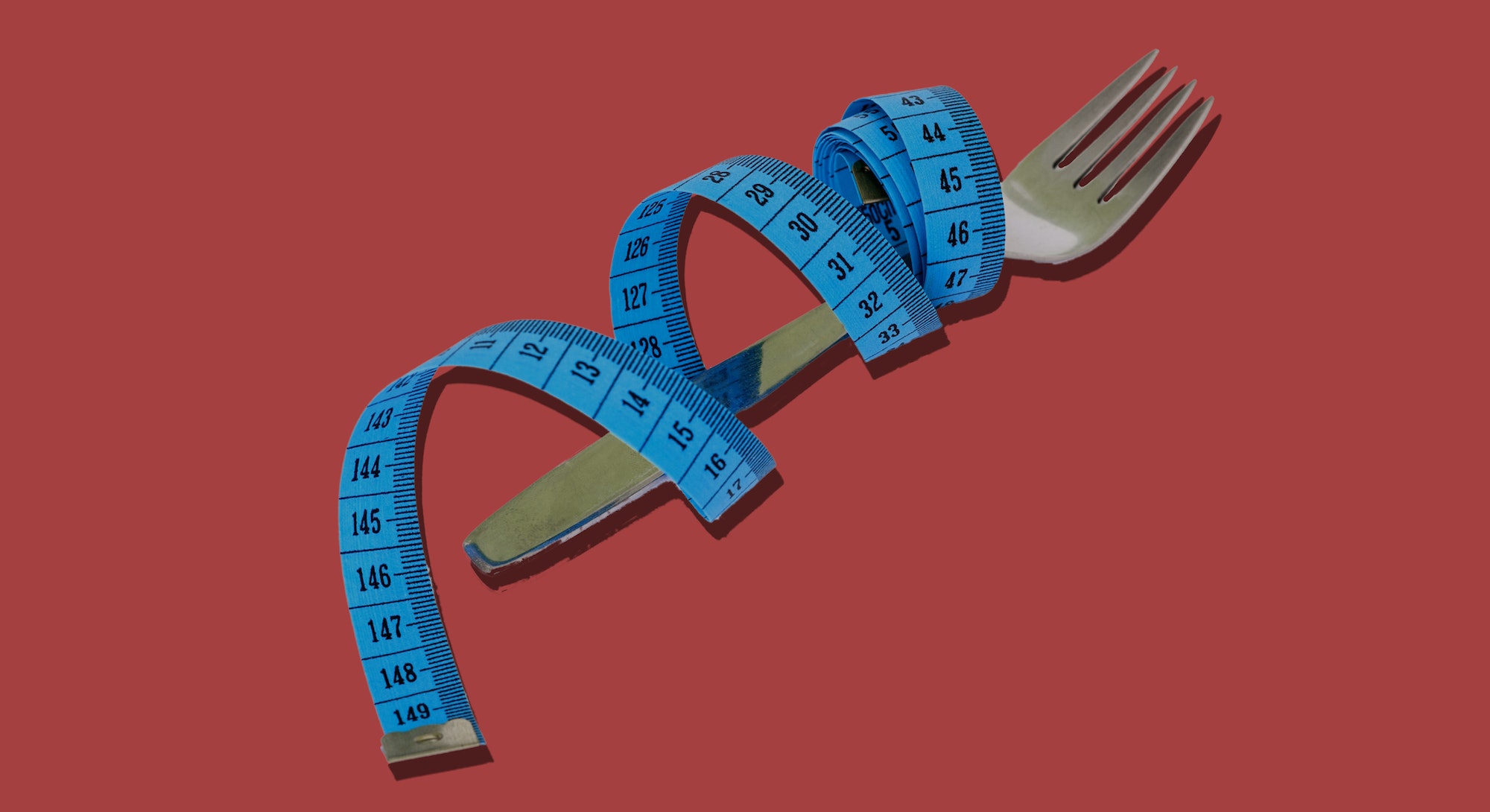 If you consciously think about your health — or can’t avoid overhearing co-workers talk about their new diets — you’ve probably heard of ketones. As the basis of the popular ketogenic diet, touted by extremely fit celebrities like Halle Berry and LeBron James, ketones are having a bit of a moment right now, even though bodybuilders have been buying “InstaKetones” and ketone-salt supplements to maximize their potential to get buff for years. Now, they’ve been adopted by the biohackers at HVMN, a startup that recently debuted a buzzy drink called HVMN Ketone that doesn’t just promise to enhance performance in elite athletes but make us reconsider what we need to consume to be healthy.

As ketones are produced after undergoing a difficult period of carbohydrate and sugar deprivation, it’s understandable that the public would embrace a quick ketone fix. “The subject of ketones is not super new, but what’s happened is that a lot of athletes have started to be more public about their ketogenic nutritional protocol and there’s been a recent increase in publications on the subject,” HVMN CEO Geoff Woo tells Inverse. “These ideas from academia are finally trickling into practice.”

Woo says HVMN’s ketone ester is “finally the way we can get ketones directly.” The body indirectly gets ketones as it produces them naturally, but HVMN’s ketones, coming in from the outside, are considered exogenous. The newfound ability to actively consume ketones rather than rely on the body to produce them gives them the potential to become the “fourth macronutrient,” says Woo, who posits that ketones could join carbohydrates, fats, and proteins as the major nutrients the body requires to be healthy.

“With ketones, you’re adding an additional fuel source to your body that can help enhance athletic performance,” says Woo. Whether it’s a health practice all of us should embrace, however, is still hotly debated among experts.

Understanding why Woo is pushing ketones as the fourth macronutrient — and why the idea is giving some scientists pause — requires understanding what ketones actually do. Ketones are formed when the body starts using fat as its primary source of energy instead of the usual carbohydrates; the average person on a ketogenic diet, cutting carbohydrates down to 20 grams a day (just 80 calories’ worth), will deplete their body’s stored carbohydrates and start pumping out ketones as it switches to a fat burning mode within a day or two.

Forming ketones is the goal of the ketogenic diet — sometimes known as the “fat adaptive” diet — because they kick-start a different kind of metabolism that relies on burning fat for energy, which theoretically means it’ll be easier for humans to get rid of whatever weight they wish they could shed. The Ketogenic diet isn’t so different from Atkins, low in carbs and high in fat.

“The overarching premise of the ketogenic, fat-adapting diet is to limit your carbohydrate levels so low, that in a couple of days your body needs an alternative energy source,” Paul Arciero, Ph.D., a professor of health and human physiological sciences at Skidmore College, tells Inverse. “The body is looking to triage and is saying, ‘Uh oh, this is not a normal state for me to be in because my central nervous system is dependent on glucose, which is derived from carbohydrates, and now you’re depriving me of that.’”

Arciero, who designed the “protein pacing” diet, says it helps to think of the brain as the command center and the liver as the mother hen, making sure everything is working right. When the body suddenly experiences a drop in glucose, the liver immediately looks to the body’s fat storage as an alternative energy source. But in order to use fat, the liver first needs to break it down into a form that the brain finds acceptable.

To make that happen, the liver breaks down fatty acids and, through a process called ketogenesis, converts them into ketones. Three types of ketones are formed: acetone, acetoacetate, and hydroxybutryate.

“The reason why [the diet] has caught on, particularly within the arena of weight loss, is because in that process — the body converting this major energy source that it’s accustomed to, glucose — what ends up happening in the body in its production of ketones is a hormonal change,” says Arciero.

But figuring out what that hormonal change actually does is where things get a little murky.

“The overarching premise of the ketogenic, fat-adapting diet is to limit your carbohydrate levels so low, that in a couple of days your body needs an alternative energy source.”

On a normal, carb-containing diet, metabolizing glucose requires the hormone insulin. This anabolic hormone’s primary job is to regulate the amount of glucose in the blood, storing it in the form of fat when there’s an excess. When a person transitions into a ketogenic state, however, insulin is repressed and, depending who you ask, the body becomes either a hostile or “favorable” hormonal environment, as Arciero puts it.

Why the abnormal hormonal state results in weight loss, is the crux of the ketogenesis debate. Since human studies on ketogenic diets began in the 1920s, when it was shown to be an effective way to mitigate epileptic seizures, they’ve yielded mixed results. Some show it promotes weight loss, others say it has a negative effect, and many have simply turned out null results.

The scientists who do think the ketogenic diet is an effective weight loss strategy argue that it facilitates weight loss for three reasons. The first has to do with low insulin levels: some studies, Arciero says, show that very low insulin levels forces the body to enter a rapidly fat-burning state called lipolysis. Secondly, ketones signal to the brain that the body is full, curbing overeating. And lastly, it’s simply energetically costly to undergo ketosis, which puts the body in a heightened state of calorie burning.

“Those three things are pretty sound evidence to support the use of the ketogenic diet for fat loss,” says Arciero, “so then the question becomes: How could an endurance athlete, like bodybuilders, benefit from this?”

This is where HVMN’s ketone ester drink comes in. The drink was designed in partnership with University of Oxford scientists who originally developed it as a contribution to a competition organized by the United States Defense Advanced Research Projects Agency (DARPA), who announced in 2003 it would pay $10 million to whoever developed the best and most efficient energy source that soldiers could take into battle.

While the drink is designed for elite athletes, like professional cyclists, Woo is most excited about its ability to enhance the performance of soldiers — the original purpose driving its design. In small samples, at least, the drink appears to work. The University of Oxford team, led by Kieran Clarke, Ph.D., announced in a 2016 paper in Cell that the ketosis state prompted by consumption of the ketone ester improved the performance of 39 elite cyclists, adding 400 meters of distance to their workouts.

“It’s really interesting: with a single drink of nutritional ketone you can do the same exercise with completely different metabolism,” said co-author Pete Cox, Ph.D., in a statement in 2016.

“The ketone itself is inhibiting glycolysis, so that with the same exercise you’re preserving glycogen and producing much less lactic acid — this hasn’t been seen before. What may be happening is if you’re doing something that isn’t a sprint, like a marathon, you won’t hit the wall as quickly. Not only that, but it stops you from aching afterwards.”

Still, some scientists hesitate to give ketone ester their full endorsement. The science is coming along, but there haven’t been enough studies with a large enough sample size to prove that it can instantly, and consistently, enhance performance.

Arciero would like to see more studies on the effect of adding more ketones to the body on top of the ketones that we already produce — trials where subjects who drink the ester are evaluated while their bodies attempt to enter ketosis naturally. When we provide the body with an outside source of a chemical it already produces, he explains, it begins to shut down its own endogenous production. When a person takes steroids, for example, the body’s natural steroid production begins to shut down in order to safeguard the body from reaching toxic levels.

He also cautions against completely relying on the ketogenic diet as a long-term lifestyle. That diet hasn’t been endorsed by HVMN or any other institutions, but as we’ve seen with health food trends like gluten-free diets and the Paleo diet, sometimes people eager to be healthy dive a little too deep into the new fad.

“The ketogenic diet remains very controversial because scientists believe, as humans, we originated from a macronutrient diet, where our bodies became accustomed to eating the three different nutrients — carbohydrates, fat, and protein,” Arciero says. “To completely eliminate, or nearly eliminate, one of these macronutrients — carbohydrates in this case — we still don’t have good evidence that this is the best thing to do.”

Woo, however, sees the growing wealth of scientific data on ketogenesis as confirmation of what biohackers already suspect: That ketosis, often kickstarted by fasting, is the long-awaited key to a healthy life and longevity. Yes, more human studies need to happen, but animal models are promising — and if the future goes the way he thinks it will, more and more people will see ketones as key nutrient, whether or not they’re an elite athlete.

“I think if we do our jobs right, ketones will be become known as the fourth macronutrient and everyone will get 10 to 15 of their calories from ketones every single day,” says Woo.

“I think if there’s not fundamental science and data showing why something is happening, it becomes a cult or a fad. When it comes to ketones, my sense is that the science is coming.”