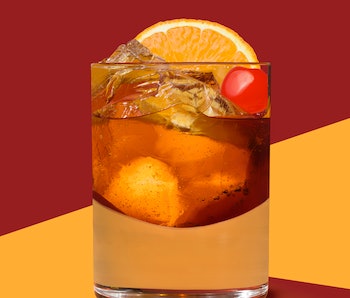 It might sound like the kind of detox scheme dreamed up by an exclusive private rehab center in Malibu: the promise that, with the right combination of nutrients and macros, you could wave goodbye to an addiction.

But this could become a reality. Researchers are looking into the keto diet — the trendy eating regimen that’s taken over the wellness corner of the internet — as a potential tool for treating alcohol use disorder.

A study published Friday in Science Advances found a ketogenic diet in alcohol-dependent humans and rats seemingly suppressed withdrawal symptoms. More research is needed before scientists can confidently recommend the diet as a way to treat alcohol abuse, but the signs are encouraging.

“This is not a medication, this is a diet. Through the use of diet, we’re actually able to improve outcomes on a very devastating pathology,” Nora Volkow, the senior author of the study, tells Inverse.

Volkow is the chief of the Laboratory of Neuroimaging at the National Institute on Alcohol Abuse and Alcoholism (NIAAA), a part of the National Institutes of Health (NIH). Over the course of decades, she and her team have investigated the merits of a ketogenic diet for managing alcohol use disorder.

Here’s the background — Based on past work, Volkow and her team knew that the brain of an alcohol-dependent person uses less glucose for energy than a non-dependant brain.

Instead, it relies more on acetate as fuel. This is a type of ketone body that’s made when alcohol is metabolized. Typically, when alcohol withdrawal happens, the relative lack of acetate (the energy source) leads to craving and withdrawal symptoms. Withdrawal can bring on nausea, sweating, anxiety, and even death.

The study team reasoned that with a ketogenic diet, the brain would have more ketone bodies to metabolize — mimicking the pattern established during alcohol dependence. They also hypothesized there would be less of a withdrawal-triggering “energy deficit” for the alcohol-dependent person. This could minimize symptoms and craving.

What they did — For the study, researchers put a small sample of 33 hospitalized alcohol-dependent people and 36 rats on either ketogenic diets or standard diets.

The keto diets were high in fat and protein, and low in carbohydrates. The human participants either stuck to a keto diet or a “standard American” diet for three weeks, while the rats ate a keto diet or standard rat feed for two months.

They subsequently observed the effects the diets had on withdrawal and craving in people, and on actual alcohol consumption on rats.

To assess their theory in humans, researchers measured ketone bodies — including ketones and acetate in the participant’s blood and brains — once a week, as well as two markers of “neuroinflammation” using a technique similar to MRI scans. They also assessed withdrawal symptoms and the need for benzodiazepines, a medication often used to reduce serious alcohol withdrawal symptoms, in the first week. They also showed participants visual cues of alcohol and performed MRIs to help measure craving over the three weeks.

Researchers put the rats on the keto diet or standard rat diet for eight weeks, then put them all back on normal diets. After the diets, the scientists induced alcohol dependence in the rats by exposing them to alcohol vapor in the air over seven weeks and then measured which group of rats administered more alcohol vapor to themselves with a lever they had been trained to use during “withdrawal” periods. They also measured blood glucose and ketone levels in the rats.

What they discovered — In the first week, people on the keto diet needed significantly fewer benzodiazepines to alleviate symptoms. They also scored lower in tests that assessed their “wanting” of alcohol after seeing visual cues.

Predictably, the keto diet group also had elevated ketones, but they also had more glutamate and lower markers of inflammation in the brain.

“You see the effect after they have been on that ketogenic diet, so it's almost like it has a protective effect,” says Volkow.

Why it matters — Past studies do suggest ketogenic diets might play a role in reducing withdrawal symptoms from alcohol dependence —but so far most of this research has been conducted on animals. For example, a study published in 2017 found rats showed less “irritability” and “rigidity” in withdrawal while on the keto diet.

However, a 2018 study that did focus on people found a decrease in alcohol craving among obese individuals on a low-calorie ketogenic diet. This effect was only significant in men, and not in the group overall.

This new study is the first to show that a ketogenic diet could ease the ordeal of alcohol withdrawal in humans. It has compelling implications for the future of treating alcohol dependence, a notoriously destructive and complex problem.

“The risks associated with ketogenic diets are very minimal,” Volkow says. “So I predict that physicians are going to start to prescribe it, even though it's just one study. But they may say, ‘well, what do we have to lose?’”

What’s next — The researchers plan on investigating this potential dietary intervention for alcohol dependence further, including a study where participants take a ketone ester instead of starting a ketogenic diet. This hypothetically could increase their ketone bodies without having to adhere to a new diet, on top of dealing with alcohol withdrawal.

Notably, the study’s finding that rats who had finished the keto diet still craved less alcohol poses an interesting question about the diet’s long-term effects on alcohol use.

The study team also wants to expand their research to more participants in outpatient settings, in an effort to further assess the effectiveness of a keto diet on alcohol use disorder.

Abstract: Individuals with alcohol use disorder (AUD) show elevated brain metabolism of acetate at the expense of glucose. We hypothesized that a shift in energy substrates during withdrawal may contribute to withdrawal severity and neurotoxicity in AUD and that a ketogenic diet (KD) may mitigate these effects. We found that inpatients with AUD randomized to receive KD (n = 19) required fewer benzodiazepines during the first week of detoxification, in comparison to those receiving a standard American (SA) diet (n = 14). Over a 3-week treatment, KD compared to SA showed lower “wanting” and increased dorsal anterior cingulate cortex (dACC) reactivity to alcohol cues and altered dACC bioenergetics (i.e., elevated ketones and glutamate and lower neuroinflammatory markers). In a rat model of alcohol dependence, a history of KD reduced alcohol consumption. We provide clinical and preclinical evidence for beneficial effects of KD on managing alcohol withdrawal and on reducing alcohol drinking.

More like this
Mind and Body
7.28.2022 1:59 PM
What you need to know about the surge of monkeypox cases in the US
By Katie MacBride
Mind and Body
8.3.2022 1:35 PM
Is collagen worth taking? Scientists reveal the ideal method for building the protein
By Katie MacBride
Mind and Body
8.7.2022 10:00 AM
Nordic Diet vs. Mediterranean Diet: The health benefits of eating like a Viking, explained
By Duane Mellor, Ekavi Georgousopoulou and The Conversation
Related Tags
Share: