“We can't in good conscience continue to enable use of the image.” 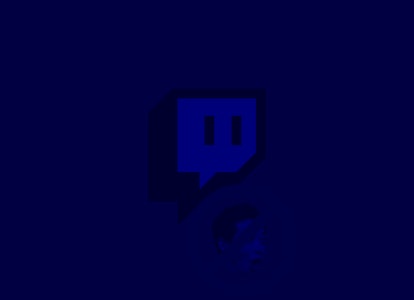 Twitch has removed its most memorable face. A fixture on the platform's real-time viewer chat streams, the open-mouthed Pogchamp emote was among the most frequently used on the platform, used to celebrate exciting gaming moments or announcements in the heat of the moment.

On Wednesday, the face behind the emote, fighting game personality Ryan "Gootecks" Gutierrez expressed support for the violent mob of Trump loyalists that breached the United States Capitol Building. He even shared an InfoWars video with disturbing footage of a woman shot by Capitol Police, who later died of her injuries. In response, Twitch removed the emote based on his face.

How did this image become mired in controversy? Why is this a big deal within the Twitch community, and the gaming community as a whole? Let's break it down.

What is PogChamp? The once-iconic image came from a reaction Guiterrez made in a blooper video on Cross Counter TV in 2010. It's an image of his goofily excited face, with mouth agape and eyes popping. The Twitch emote is commonly used to express surprise or excitement.

As with many emotes on the streaming platform, it's also used sarcastically during underwhelming moments. The emote had versatility and would fit in during both a shocking comeback during a fighting game tournament and a dull reveal at a video game industry event.

Use of the PogChamp spread from the fighting game community to Twitch more broadly, and even beyond. While it's most commonly associated with gaming, the use of PogChamp has made its way into other communities. In June 2020, Chess.com held even held a tournament called PogChamps.

Why did Twitch remove the PogChamp emote? On January 6, a violent mob of Trump loyalists swarmed the Capitol Building as Congress was certifying Joe Biden's victory in the 2020 presidential election. That same day, Gutierrez posted a series of Tweets expressing his support for the violent insurrection and even shared video footage of a woman receiving medical attention shortly after she was shot by Capitol Police.

"Will there be civil unrest for the woman who was executed inside the Capitol today or will the #MAGAMartyr die in vain?" he asked.

Twitch representatives announced the company had removed the emote around 9 p.m. Wednesday. About three hours after Gutierrez's comments, Twitch put out a statement:

"We've made the decision to remove the PogChamp emote following statements from the face of the emote encouraging further violence after what took place in the Capitol today."

Gutierrez did not respond to Inverse's request for comment on the removal of the emote that bears his likeness.

Should Twitch have seen it coming? Gutierrez has previously espoused discredited conspiracy theories on various platforms, including claims that Bill Gates is involved in a shadowy population-control scheme involving malaria vaccines. (Yes, really!)

Twitch has earned a poor reputation for not consistently enforcing its own rules governing hate speech and harmful content, and this is a rare example of the company taking decisive action in a timely fashion.

Notably, it's not a ban or suspension of Gutierrez or other creators who espouse misleading and dangerous views. It's not a massive rethinking of the platform's code of conduct.

It's just deleting an emote.

A Twitch representative declined to comment to Inverse specifically about the emote, instead referencing its existing guidelines on Harassment & Hateful Conduct:

"Any content that incites or glorifies violence, or shows gore of any kind, is not allowed on Twitch," a statement from the company reads.

As of Thursday, the emote is still removed from Twitch. If left unchecked, the PogChamp emote could've been co-opted by the same violent group of Trump loyalists that swarmed the Capitol building, as happened with Pepe the Frog.

"We want the sentiment and use of Pog to live on — its meaning is much bigger than the person depicted or image itself — and it has a big place in Twitch culture," their statement explains. "However, we can't in good conscience continue to enable use of the image. We will work with the community to design a new emote for the most hype moments on Twitch."

A number of streamers, including Spawn on Me's Kahlief Adams, have pitched their own faces for the emote. It remains to be seen if Twitch will follow through with creating a new emote, or if it will take hold within the community in quite the same way.