Can Twitch’s new anti-harassment policies save the platform from itself?

"I want to believe that Twitch can be a better place for streamers of color." 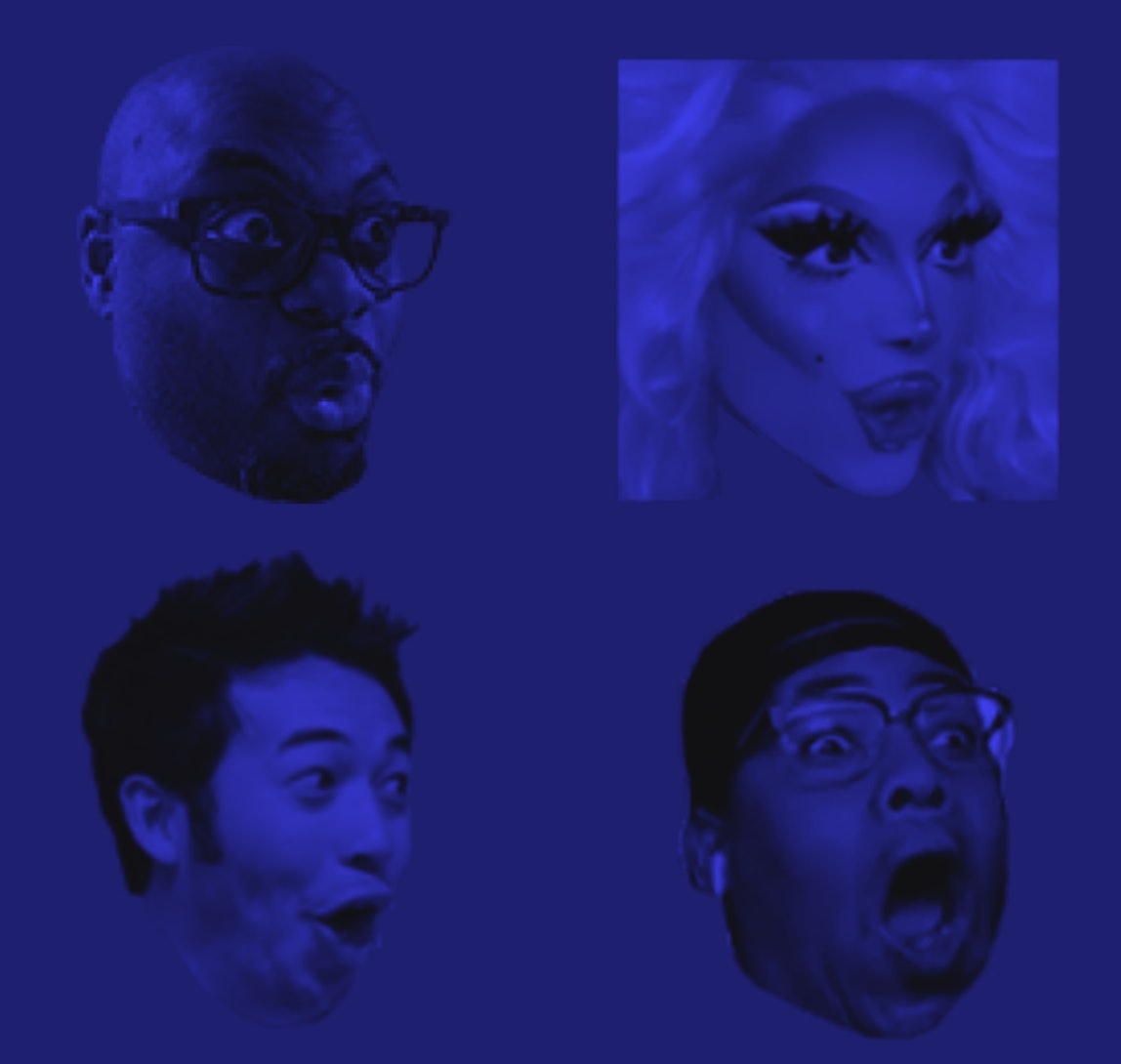 Omega ‘Critical Bard’ Jones was about to enter the Twitch history books.

“In the beginning, it was great,” Jones recalls of becoming the face of PogChamp, the streaming platform’s ubiquitous shocked-face emoji, for 24 hours. “It wasn't until my words were maliciously clipped to make me out to be some white-hating Black guy that things went extremely downhill.”

Since January 8, Twitch has featured a different content creator each day as the face of PogChamp, an emote that has long been used in the platform’s live chat streams to convey over-the-top excitement, or as a sarcastic reaction to underwhelming moments. The insurrectionist riot at the Capitol on January 6 prompted Twitch to remove the original PogChamp emote, featuring the face of fighting-game player Ryan ‘Gootecks’ Guttierez. A vocal proponent of Covid denialism and conspiracy theories, Guttierez had voiced his support for the coup at the Capitol, even encouraging further violence.

The move came just days ahead of Twitch’s rollout of new anti-harassment policies on January 22. These include:

Inverse spoke to three streamers about their experiences as the face of PogChamp, and what Twitch needs to do to bring about meaningful change in the months ahead.

On paper, Twitch’s plan to replace PogChamp with a new streamer’s face every day aims to celebrate its diverse community. In practice, it demonstrates that Twitch still hasn’t figured out how to curb harassment of its streamers both on- and off-platform.

Livestreamer Deere, a self-described drag queen who asked to be referred to by her pseudonym, was one of the first replacements chosen for PogChamp, becoming the face of the emote on January 12. She was prepared for the worst, but didn’t expect it to go beyond Twitch.

“Twitch has given us what we need to protect our channels within their own site, which we utilize,” Deere acknowledges. “However, that does not extend to the other social media [platforms]. I understand they can only control certain things when it comes to sites that are not their own, but they still have options. What I would like to see Twitch do in the future is take a harder stance on hate speech and insulting commentary, delete comments on Instagram that are beyond criticism, and hide comments that are the same on Twitter.”

Days after Twitch announced Deere would be PogChamp for a day via Twitter, the post’s 3,000 responses still includes dozens of racist, misogynistic, and transphobic replies. Yet despite Twitch’s lackluster efforts to curb abuse via outside social channels, Deere thinks it was still a worthwhile experience.

“I would participate in this program again in a heartbeat — despite what anyone says,” she tells Inverse.

Twitch has been slow to address the issue of harassment on its platform. In the December announcement of the upcoming changes to its Hateful Conduct & Harassment Policy, company representatives summarized the problem as a threat to the community and to content creators:

“We know that many people on Twitch —particularly women, members of the LGBTQIA+ community, Black, Indigenous, and people of color — unfortunately continue to experience a disproportionate amount of harassment and abuse online, including on our service. Not only is this blatantly unacceptable, it also undermines the community we’re building on Twitch and threatens the long term viability of streaming as a career for everyone who wishes to pursue it.”

The announcement left a month and a half for many of the outlined changes to go unpunished. A source close to Twitch informed Inverse on the condition of anonymity that the company wanted to give its users ample warning time to prepare for the implementation of new rules.

That’s cold comfort to those caught in the crossfire in the meantime.

“Things like this have been a problem and Twitch has yet to do anything concrete about it,” argues Jones, who also identifies as a queer creator of color. “Releasing a catch-all statement does nothing. It doesn't make streamers of color feel any safer than they did before. And that's a problem.”

After Twitch revealed Jones would be a daily PogChamp face, a selectively cut clip of the streamer discussing the distinctions between “Black Lives Matter” and “White Lives Matter” went viral. After making the rounds on the Twitch drama subreddit LivestreamFail and labeled as anti-white racism, the snippet became the most-viewed clip in Twitch’s history. That notoriety, utterly misinformed as it was, led online trolls to hunt Jones to wherever a whiff of his scent could be found online.

“We need to start seeing these folks utterly banned from the website,” Jones says. “Not just by their accounts, but by their IP addresses. We need more than just a small ‘I'm sorry.’”

While Twitch argues that its platform and diversity initiatives are constantly evolving, many streamers believe it’s too little, too late. It was only in this most recent update that the platform will ban common racial slurs, leaving a large grey area for undesirable audiences to muck around in and putting the onus on streamers and their mods to police their communities. Had Twitch stepped in years ago when viewers first began spamming chats with “Trihard” (an emote featuring the face of Black streamer Trihex) whenever another Black person is on screen, it might have been easier to fix these issues before they got to this point.

Other streamers remain determined to make Twitch better from the inside. Kahlief Adams, whose Twitch channel and podcast Spawn on Me has been integral to the discussion of being a Black streamer over the last year, originally campaigned to replace PogChamp and was the face of the emote on January 18. While Adams doesn’t entirely blame Twitch for the harassment that comes with prominence on the site, he argues the company needs to do more.

“Automatically, streamers on the front page or part of the PogChamp thing should be given the option to have Twitch staff help moderate that day you’re going to be streaming,” Adams suggests. “Off-platform, Twitch support should be able to acknowledge harassment and give repercussions for people who are streamers.”

Ultimately, there is no single policy or solution that is likely to solve harassment on Twitch. Zero tolerance only works for what can be seen, and even the company’s new policies seem to acknowledge that context can easily change the way a report is viewed. Ahead of Black History Month, streamers like Jones are already preparing for what they expect to be a major test of these new policies.

“I want to believe that Twitch can be a better place for streamers of color,” Jones says. “I'm tired of words, I want to see action and true change. All of us do.”