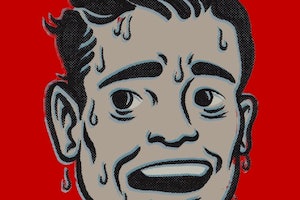 How long does the “keto flu” last? New study shows timeline for most people

It is difficult to know when you have a cold versus the flu (or, now, coronavirus). These viruses share symptoms, which makes them notoriously difficult to tell apart.

But sometimes the human body can present these symptoms even when there is nothing physically ailing you — like when you’re trying out a novel diet. Specifically, the ketogenic diet.

After going keto, some people report worrying side effects, including (but not limited to) fatigue, nausea, and “brain fog.” Together, these strikingly similar symptoms to a cold are known as the “keto flu.”

Because they can feel so similar to a real illness, researchers are working on characterizing patterns of keto flu symptoms. Knowing what is keto flu and what is not can prevent unnecessary medical interventions — and help people stick to their diets.

One of those researchers is Emmanuelle Bostock, an adjunct researcher at the University of Tasmania. Bostock and her colleagues noticed a massive discrepancy in how much keto flu is talked about on social media and in the news, and how it is characterized in the academic literature, Bostock tells Inverse.

On forums and in articles, keto dieters are extremely vocal about keto flu. Yet scientists know almost nothing about it.

To try and close the gap, Bostock and her team analyzed descriptions of keto flu shared on social media, noting symptoms, severity, and timeline.

Certain patterns emerged, especially when it came to timing: Most side-effects peaked in the first seven days of the diet and most resolved within two to four weeks.

The team pulled data from 43 online forums, which yielded posts from 101 people describing their experience with keto flu. They are not outliers: About one-third of all posts in the forums refer to keto flu.

Reported timing for symptom onset was, on average, within a week of starting the diet. Symptoms typically peaked within the first week of eating keto and steadily got better over the course of the first month on the diet.

People with the keto flu also shared “remedies” for peers experiencing the same problems — but none of these suggestions are confirmed by scientific study. Home remedies primarily center on staying hydrated, and correcting electrolyte imbalances.

Why does the keto flu happen?

While the study does not explain why people get keto flu, Ethan Weiss, a researcher and preventive cardiologist at the University of California, San Francisco, tells Inverse that it may be due in part to shifts in electrolytes and fluids in the body while doing keto.

Weiss, who is not involved in Bostock's research, studies the effects of diet on weight and heart health, and co-started a company that created a breathalyzer device to measure ketone levels.

Executed perfectly, following the keto diet can bring your carbohydrate intake down to less than 5 percent of daily caloric intake. This means eliminating high-carb foods like grains and sweets, and replacing them with high-fat foods, like avocados and cheese. The logic goes that without carbs, and, in turn, glucose, the body looks for another energy source and begins to convert fat into ketone bodies, which can do the job of providing energy to the body.

Going on keto can also lead to a rapid loss of body water and sodium, Weiss explains. As a result, the keto flu's symptoms may be down to dehydration. Most of the symptoms may be prevented by a temporary supplementation of salt, he says. On forums, many people report adding bouillon or broth to their diet.

Should keto flu deter people from trying the diet out? Weiss says no, but Bostock says decisions should be made on a case-by-case basis.

“I would be reluctant to make any sweeping claims,” Bostock says.

“However, it is important to consult a healthcare professional when changing to keto, as it is contraindicated in some conditions.”

Background: The ketogenic diet (KD) is a high-fat, low-carbohydrate diet that limits glucose and results in the production of ketones by the liver and their uptake as an alternative energy source by the brain. KD is an evidence-based treatment for intractable epilepsy. KD is also self-administered, with limited evidence of efficacy, for conditions including weight loss, cognitive and memory enhancement, type II diabetes, cancer, neurological and psychiatric disorders. A commonly discussed side effect of KD in media and online forums is “keto flu,” a cluster of transient symptoms generally reported as occurring within the first few weeks of KD. This study aimed to characterize the pattern of symptoms, severity and time course of keto flu as related by users of online forums