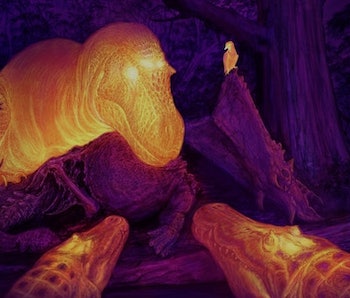 TGIF, Inverse Daily! I’m Sarah, and today I’m bringing you a batch of strange science and some peaks into a probable future.

“In these cases, social supports, the pillars of daily life, are ‘medicine.’”

Seven cities across the United States have enacted soda taxes in an effort to, well, get people to drink less soda. Scientists have listed sugary drinks as a driver of obesity, so the idea is that by making soda more expensive, community health can improve.

So far, soda taxes involve taxing per ounce of drink, not per gram of sugar in the drink. But in a new study, researchers propose that if cities were actually taxing by gram of sugar, the soda tax could actually result in 630,000 fewer obesity cases and 11,000 fewer cases of type 2 diabetes. That’s because this version of the tax would cause a soda with more sugar, like a 12 ounce Mountain Dew Classic, to be taxed more heavily than a soda with less sugar, like a 12 ounce can of Coca-Cola. In turn, the sodas deemed more dangerous by scientists become the least attractive financially — and soda drinkers can crack open a can feeling like they saved some cash based on their decision.

The Tyrannosaurus rex had some pretty sick things going for it. Sure, their arms were a little embarassing, but they made up for those with a five-foot-long skull and the ability to eat up to 500 pounds of meat in one bite. Fun fact: They also had lips.

Recently, a team of scientists discovered another cool fact about these ancient big boys: They had two holes on the top of their massive skulls. These holes served as a sort of built-in air-conditioning unit for the dinosaur. It’s hypothesized that the holes were filled with blood vessels that in turn helped the T. rex lose heat and regulate its temperature. That’s clutch, because something as large as a T. rex creates a lot of heat and needs a way to dispel that heat when living in warm conditions. Elephants roll in mud, hippos spend their days in rivers, and we’re puny enough that a cardigan is fine.

Discover how scientists changed what we know about the T. rex.

In most mammals, hand (or paw) dominance is mostly split 50/50, but humans are a huge exception. Only about 10 percent of humans are left-handed, and scientists still don’t totally know why. To remedy this, researchers recently conducted a genetic analysis and brain imaging study in an effort to

find out which brain areas and genetic factors are associated with being a leftie.

This process revealed a surprising link between left-handedness and the language regions of the brain. For the brains of lefties, the parts of the brain related to using language communicate with each other in a more coordinated way compared to the brains of right-handed people.

That finding could suggest that left-handers are better at performing verbal tasks, but it’s hard to say whether this is a cause or result of left-handedness. More research is needed to know for sure, and in the meantime, I’m going to practice ambidexterity.

Learn more about the perks of left-handedness.

Solar energy is soaring. A new report released Thursday shows the renewable energy source added more capacity than any other energy source in the last 10 years, even beating out fossil fuels like coal.

It’s a big win for renewables, which raked in $2.6 trillion in global investment over that period, but there’s still plenty of work to be done. Svenja Schulze, Germany’s federal environment minister, stated that “we are not investing nearly enough to decarbonize power production, transport, and heat in time to limit global warming to 2°C or ideally 1.5°C.” Inger Andersen, executive director of the UN Environment Program behind the report, also warned that humanity “cannot be complacent,” especially considering how emissions from the power sector actually rose 10 percent over that period.

Regardless, the report is the latest to show how solar has moved from an expensive niche to a cheap, mainstream energy source. Data from the United States, China, and Australia all paint a picture of a clean energy that undercuts existing forms on price, making the switch a no-brainer.

While it’s hard for us adults to be smarter than a fifth grader, an A.I. named Aristo was recently deemed as “smart” as most high-schoolers. The name of the game for Aristo is passing multiple-choice tests, and when it was tasked with answering an exam meant for eighth grade to 12th grade students, it passed with 90 and 80 percent scores, respectively.

For now, Aristo is just making us feel bad about our own history with standardized testing, but its ability to apply logic and solve complex problems led Inverse reporter Thor Benson to conclude that it’s possible Aristo’s skill set would allow it to replace humans in the workplace. We’re still a ways from that future, but it’s something to consider. Would you care if A.I. became your newest coworker?

Go here and see if you’ve got the same skills as Aristo.

Let’s get this out of the way first: Caloric restriction and dieting to lose weight are not the same thing. Technically, caloric restriction is defined as “reducing average daily caloric intake below what is typical or habitual, without malnutrition or deprivation of essential nutrients.” And while more research is needed to know the long-term effects the practice has on humans, it has been shown to be an effective way to lose weight and improve several aspects of heart health.

The problem, though, is that even while you’re still getting all your required nutrition, it can be pretty hard to maintain caloric restriction all the time. So a team of researchers came up with an alternative, one that lets you eat whatever you want — corndogs, Popeyes chicken sandwiches; whatever. There’s just one catch: You have to fast for 36 hours straight and then eat the good stuff.

The scientists call it “alternate day fasting” (ADF), and in a randomized control trial, it resulted in improved torso fat composition, reduced caloric intake, and reduced body mass index. That sounds nice, sure, but I’m also here to remind you that eating healthy is way more important than reducing how much you eat. The researchers behind this study note that a “wholesome and balanced diet” is crucial to foster the potential benefits of (ADF) and recommend talking to your physician before you try it.

Read up on the next health trend to infiltrate your co-worker’s watercooler chat here.

Today, that’s some good news that’s emerged from tragedy. Ahead of Hurricane Dorian, and in less than a week, the 250 dogs and cats cared for by the Jacksonville Humane Society were placed with foster families. These volunteers are called “Storm Troopers,” but they’re definitely not operating on behalf of the Dark side.

Thanks for dropping by Inverse Daily, fam! If you’ve come across any Good News during your internet travels, please tell me about it over at sarah.sloat@inverse.com.

In the meantime, I’ll be thinking about the time Inverse learned about the dating life of voles.

More like this
Science
8.17.2022 6:00 PM
Watch squealing dolphins hunt fish and snakes from their point of view
By Jennifer Walter
Science
8.14.2022 1:00 PM
'Gifted' dogs may share this one personality trait. Does your dog have it?
By Tara Yarlagadda
Science
8.10.2022 3:27 PM
Climate change may push North America’s forests to a “tipping point”
By Tara Yarlagadda
Related Tags
Share: