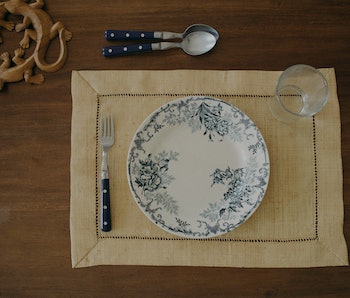 Caloric restriction is a well-documented way to lose weight, improve heart health, and potentially even slow aging, but scientists still don’t agree on the best way to … not eat.

New research in the journal Cell Metabolism outlines a novel way to intermittently restrict calorie intake, a method that achieves the same health benefits while possibly being more manageable than constantly restricting calories.

In a paper published on Tuesday, an international team of researchers presented the results of a clinical trial in which “alternate day fasting” resulted in reduced calorie intake, reduced body mass index, and improved torso fat composition. Known as “ADF,” it is a diet regimen in which adherents avoid all food and caloric beverages for 36 hours, then eating whatever they want for 12 hours — donuts, cookies, dumpster pizza, whatever.

In this randomized controlled trial, 30 non-obese volunteers who had done ADF for at least six months were compared over a 4-week period to 60 healthy control subjects. While the results of this clinical trial show that ADF had similar health benefits to caloric restriction, even though the “feast days” could include a lot of unhealthy calories. The researchers also write that ADF has some distinct advantages over CR. Mainly, they say it may be easier to maintain the habit.

“Here, we show in a clinical trial that a related intervention, alternate day fasting (ADF), also leads to striking reduction in overall calorie intake over the course of the study but is more easily tolerated than continuous CR and provokes similar beneficial changes on the cardiovascular system and on body composition while being safe for a period of >6 months,” write the study’s authors, led by first author Slaven Stekovic, Ph.D., a postdoctoral researcher at the University of Graz in Austria.

“We also found positive alterations in cardiovascular disease risk factors and in fat mass after only 4 weeks of ADF. In the future, this practice, which is already growing in use as a lifestyle intervention, could eventually accommodate modern healthcare in various settings.”

Previous work on intermittent fasting has shown that restricting an animal’s calories — without depriving them of adequate nutrition, of course — can increase their lifespan, though much of the work has been limited to monkeys and other non-human animals.

This latest study builds on that existing research by following a mid-sized human cohort for enough time to show not just significant benefits but also no negative side effects.

"… a wholesome and balanced diet is likely crucial to foster the beneficial effects."

And while intermittent fasting and caloric restriction are hot topics these days among biohackers and fitness enthusiasts, the researchers behind the study are careful to note that anyone who’s interested in trying out ADF should consult their physician before embarking on this rather drastic change in lifestyle and diet. They note that most people could probably achieve similar benefits by just adjusting their lifestyle a bit.

“Importantly, although not directly assessed in this study, a wholesome and balanced diet is likely crucial to foster the beneficial effects caused by ADF,” they write.

“Thus, appreciable clinical support and a generally healthy lifestyle should be considered before starting ADF.”

Caloric restriction and intermittent fasting are known to prolong life- and healthspan in model organisms, while their effects on humans are less well studied. In a randomized controlled trial study (ClinicalTrials.gov identifier: NCT02673515), we show that 4 weeks of strict alternate day fasting (ADF) improved markers of general health in healthy, middle-aged humans while causing a 37% calorie reduction on average. No adverse effects occurred even after >6 months. ADF improved cardiovascular markers, reduced fat mass (particularly the trunk fat), improving the fat-to-lean ratio, and increased b-hydroxybutyrate, even on non-fasting days. On fasting days, the pro-aging amino-acid methionine, among others, was periodically depleted, while polyunsaturated fatty acids were elevated. We found reduced levels sICAM-1 (an age-associated inflammatory marker), low-density lipoprotein, and the metabolic regulator triiodothyronine after long-term ADF. These results shed light on the physiological impact of ADF and supports its safety. ADF could eventually become a clinically relevant intervention.