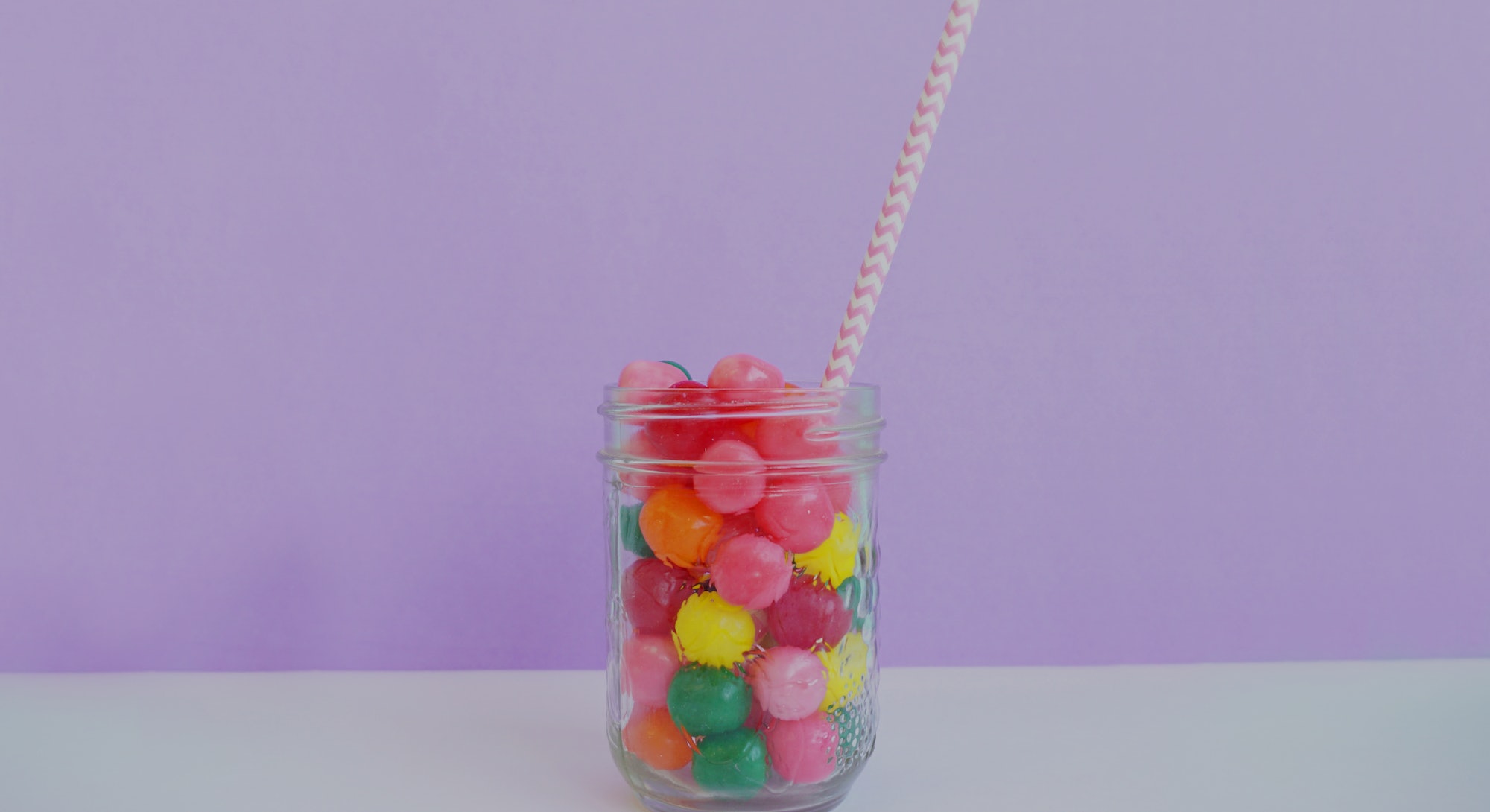 Few simple substances stir up as much controversy as sugar. Documentaries like Fed Up, books like Salt Sugar Fat, and viral articles demonize the white powdery substance many know and love. Even Beyoncé swore off sugar to prepare for her celebrated Coachella performance.

She is one of thousands going sugar-free, but cutting it out completely can be challenging. Sugar is everywhere, whether we know it or not.

"You can make dog poop taste good with enough sugar.

“Sugar is the marker for food processing,” Robert Lustig, M.D., professor emeritus of pediatric endocrinology at the University of California, San Francisco and author of The Hacking of the American Mind, tells Inverse. “You can make dog poop taste good with enough sugar,” he says. “Food companies learned a long time ago, the more they add, the more you buy.”

A 2015 survey published in The Lancet found that 68% of all packaged foods and beverages in the United States food supply contain “caloric sweeteners” — another way of saying sugar.

Marion Nestle, Ph.D., the Paulette Goddard Professor of Nutrition, Food Studies, and Public Health, Emerita, at New York University and author of Food Politics and Unsavory Truth has been studying the food system since 1985 and takes a more measured approach. “I wouldn’t say that it’s a poison; It’s not,” she tells Inverse. “I do not believe it’s a poison unless it is consumed in very, very large amounts.”

But determining how much sugar is too much, and what types are good or bad, requires navigating a complicated food landscape. Lustig and Nestle, who have studied sugar for decades, can help clear up the confusion.

The Roller Coaster of Sugar Metabolism

Sugar can seem so fundamental to our diets that we rarely think about how it actually functions in the body.

When you eat, your body breaks the carbohydrates in food down into glucose — what we know as blood sugar — as well as other sugars like sucrose, lactose, and fructose, to fuel the body and keep it running smoothly. Glucose is the body’s main energy source and can be metabolized by all organs in the body. As glucose floods the bloodstream, insulin spikes. Insulin, a naturally occurring hormone, helps cells use glucose for energy.

Fructose, glucose’s “twin,” has the same chemical compound but a different structure. As such, fructose can only be processed by the liver. It naturally occurs in fruits and vegetables, and we’ve learned to extract it in the form of sweeteners like high-fructose corn syrup, which are then added to soda and fruit-flavored drinks in high concentrations. Lactose is derived from dairy products, while sucrose is a combination of fructose and glucose.

When blood sugar is chronically high, which leads to too much fat storage, the liver can get overloaded, contributing to fatty liver disease, increased risk of diabetes, and cardiovascular disease.

"Though it’s important to help fuel our cells or store energy sources for later, insulin isn’t always the good guy.

Though it’s important to help fuel our cells or store energy sources for later, insulin isn’t always the good guy. Lustig says he realized insulin was “the bad guy in the story” in 1999. Conventional wisdom at the time said insulin regulates blood sugar, which is a good thing. But too much insulin, he learned, causes problems.

“Insulin, when it’s high, is basically depriving your heart, your liver, your muscles, your bones, your kidneys, your brain, your lean body mass, of energy,” he says. “Therefore, you have to eat more and you feel lousy doing it.”

In a study Lustig published in 2004 in the International Journal of Obesity, he found that when obese participants’ insulin levels were lowered with medicine, people had more energy and even started exercising spontaneously and voluntarily. “What we realized was that the gluttony and sloth that we were seeing in the obese population and the fact that everyone was getting obese was not the primary problem. It was a secondary problem from the biochemical rise in insulin. The insulin came first.”

And metabolic syndrome isn’t rare. The American Heart Association estimates that about 34 percent of adult Americans have the condition, mostly from consuming a fast-food diet (spicy chicken sandwich, please), maintaining a sedentary lifestyle (Netflix and chill, not a walk in the park), and eating too much sugar (Cokes for lunch and dinner).

Obesity, which is especially dire in Western countries, is now considered an all-out pandemic — people are fatter, sicker, and dying younger. Worldwide, obesity has tripled since 1975, and at least 2.8 million people die each year as a result of being overweight or obese.

“The vehicle is processed food,” Lustig says. “The payload is sugar, and it’s killing people just like any nuclear bomb would. It’s just slower.”

Is All Sugar Bad for You?

All sugars are not the same, and the distinction is important. “Naturally occurring” sugar in fruits, vegetables, or milk is packaged alongside components like fiber, antioxidants, vitamins, and minerals that, crucially, help the body process the sugar slowly.

Fiber is a matrix with the sugars inside and takes longer to break down, Lustig explains. Much of the sugar from fibrous food is absorbed by bacteria in the intestine, supporting healthy gut function, and doesn’t actually cause an insulin response.

So it turns out, if you peel and eat an orange or nibble on corn on the cob, less sugar enters your bloodstream directly. You better stabilize your blood sugar and prevent the scary consequences of high insulin levels.

Then, there’s “added sugar,” the type that most nutritionists and physicians are more concerned about. Added sugar is sneaky, disguised by names like high-fructose corn syrup, agave, maple syrup, and honey, and can be consumed alone or poured, baked, dissolved, and sprinkled during food prep and cooking.

"Everyone would be better off eating less of it.

The difference? Added sugar goes straight into the bloodstream after being digested by enzymes in the small intestine. This type of sugar triggers a flood of insulin to process it.

“When you eat a piece of fruit, you’re feeding your bacteria,” Lustig says. “When you drink fruit juice, you’re overwhelming your liver and that liver then makes fat and you drive up the insulin levels.”

Nestle puts it simply: “Everybody would be better off eating less of it.”

Added sugars are calories without nutrients, she says. It follows that if you cut down on sugar, you’ll cut down on calories, too.

“For a lot of people, that’s going to help them lose or maintain weight, and it’s not gonna mess up their metabolism. So I think it’s a great place to start,” she says.

To complicate the situation, it also has over fifty aliases: high-fructose corn syrup, evaporated cane juice, brown rice syrup, muscovado… the list goes on and on. So even if a nutrition label seems sugar-free, look closer: Sugar might just be dressed up in a different way.

Lustig believes industrial food companies are majorly responsible for inventing new forms of sugar and hiding it in places it shouldn’t be.

"It’s their hook because sugar’s addictive.

There are three major players in the U.S. sugar industry: The Sugar Association, Corn Refiners Association, and American Beverage Association all invest staggering financial resources towards shaping public and scientific perception of sugar. And while the lobbying groups are sometimes at war over their individual cuts of the market, they all work towards the same goal, says Nestle: To suggest sugar isn’t really a problem and cast doubt on the research saying that it is.

Despite those efforts, some progress to curb sugar consumption has been made. Various cities across the US and Mexico have implemented so-called “soda taxes” aimed to make it more expensive, and less appealing to guzzle Pepsi, Fanta and other sweet fizzy drinks. Research shows such financial interventions work, and lead to less soda consumption.

But to pass soda taxes, legislators must face a formidable adversary: the soda industry. “The soda industry fights against soda taxes so hard,” Nestle explains. “So far they’ve spent well over a hundred million dollars fighting soda taxes. So there seems to be no limit to the amount of money that they’re willing to spend to stop it.”

“What does it take to fix the sugar problem?” Lustig asks. “I think it takes a revolution, and hopefully a bloodless one.”

How Much Sugar Is Too Much?

Nestle stresses that sugar, when consumed in moderation, isn’t harmful. “If your caloric intake is regulated and you’re not gaining weight and you eat a healthy diet, a little sugar doesn’t hurt at all,” she says. “If you’re drinking quarts of sugar-sweetened beverages a day and eating a lot of junk food, it’s not very good for you.”

To keep sugar intake to a healthy dose, Lustig points to guidelines from the American Heart Association (AHA), which he helped formulate. They recommend limiting the amount of added sugars you consume to no more than half of your daily allowance of discretionary calories (these are the “excess” calories we consume after eating all required nutrients for the day and can include foods like chips, energy drinks, or an ice cream scoop).

"For most American women, the AHA recommends consuming no more than six teaspoons of sugar. For men, about it’s nine teaspoons.

It’s easy to hit that number. Eat a bowl of breakfast cereal and a glass of orange juice and you’ve almost reached the daily limit, Lustig says. “And that’s the national school breakfast program,” he says. “So, our kids are getting poisoned at school.”

Other strategies to limit sugar intake include cooking at home; watching out for sneaky, sugary foods like salad dressings, pasta sauce, and breakfast cereal; avoiding soda, juice and other sweetened beverages; and opting for foods as close to their natural state as possible. Ample research shows that whole, plant-based foods offer the most nutritional bang for their buck.

And don’t beat yourself up over the occasional cookie, cupcake or ice cream scoop. Neither Lustig nor Nestle suggests quitting sugar completely.

“I am for dessert,” Lustig says. “I am not for dessert for breakfast, lunch, dinner and snacks. Dessert should be safe and rare. Like abortion. Have it once a week and make it a good one. And make it a special one. Make it a really spectacular, worthwhile dessert.