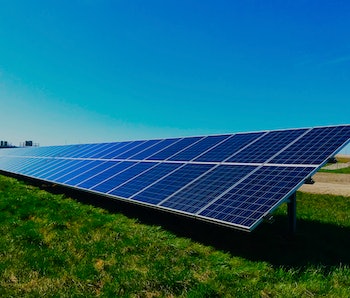 Solar energy added more capacity worldwide than any other form of power over the past 10 years, a report released Thursday reveals.

The “Global Trends in Renewable Energy Investment 2019,” commissioned by the United Nations Environment’s economy division, paints a bright picture for the future of renewables. It reveals that, between 2010 and 2019, the world poured $2.6 trillion into clean energy and boosted capacity from 414 gigawatts to 1,650 gigawatts.

Last year, renewables accounted for 12.9 percent of the world’s electricity. This helped to save two billion tonnes of carbon dioxide emissions, in a year where global electricity sector emissions reached 13.7 billion tonnes.

But perhaps the standout figures from the report come from its analysis of solar energy. Solar, which attracted half of that $2.6 trillion investment, jumped from 25 gigawatts of global capacity in 2009 to 663 gigawatts by the end of this year. That’s a bigger growth spurt than any other power source, renewables or otherwise. The report declared the rise as “an astonishing result.”

High investment, dropping prices and runaway installations have helped propel the technology from weird niche to key energy source in just 10 years. As world representatives prepare to meet at the United Nations headquarters this month to discuss reaching net-zero emissions, solar’s rapid rise demonstrates how the technology could offer a feasible alternative to pollution-pumping power plants.

“Sharp falls in the cost of electricity from wind and solar over recent years have transformed the choice facing policy-makers,” Jon Moore, chief executive of BloombergNEF that provided the data and analysis for the report, said in a statement. “These technologies were always low-carbon and relatively quick to build. Now, in many countries around the world, either wind or solar is the cheapest option for electricity generation.”

Solar energy’s decade-long meteoric rise follows a gradual and steady development path. The United States Department of Energy explains how people in the seventh century BCE used to make fire with a magnifying glass. In 1887, Charles Fritts described a solar cell made from selenium wafers with relatively low yield rates. The first megawatt-scale power station went online in California in 1981. The department predicted in 2001 that, in 10 years’ time, solar energy would become competitive with traditional power sources.

What came next was even more spectacular. The Thursday report shows that the levelized cost of electricity for solar dropped 81 percent over the past 10 years.

The dropping price of solar has been demonstrated in previous studies. A March 2019 report showed that, in the United States, installing new wind and solar was cheaper than maintaining coal plants in 74 percent of cases. A May 2019 report showed that, thanks to dropping prices, Australia could reach 50 percent renewables by 2030 without any policy changes. An August report found that solar energy in China has reached parity with the price of grid energy.

Far from simply becoming competitive with regular power sources, the ongoing decline in solar prices has made the technology a no-brainer in many parts of the world. That could also provide power to more parts of the world, as analysis predicts off-grid solar will soar and connect up remote communities.

Solar Energy: Where It Goes From Here

It’s good news for fighting climate change, but it’s no time to slow down the push to a greener future. Inger Andersen, executive director of the UN Environment Programme behind the report, warned in a statement that the world cannot grow complacent:

“Investing in renewable energy is investing in a sustainable and profitable future, as the last decade of incredible growth in renewables has shown. But we cannot afford to be complacent. Global power sector emissions have risen about 10 percent over this period. It is clear that we need to rapidly step up the pace of the global switch to renewables if we are to meet international climate and development goals.”

The sentiment was echoed by Said Svenja Schulze, Germany’s federal environment minister, who stated that “we know that renewables make sense for the climate and for the economy. Yet we are not investing nearly enough to decarbonize power production, transport and heat in time to limit global warming to 2C or ideally 1.5C.”

The report comes ahead of the UN Global Climate Action Summit on September 23 in New York. The United Nations’ secretary-general António Guterres has urged leaders to come to the summit with “concrete, realistic plans” on improving their contributions to the fight against climate change next year. It’s part of a broader goal to reduce greenhouse gases by 45 percent in the 2020s and reaching net-zero emissions by 2050.

As countries push to reach this goal and avoid bigger climate change, time is of the essence. Investing in renewables could help pave the way.

More like this
Science
Jan. 21, 2023
Deep-sea mining could power a clean energy future — but there’s a cost
By The Conversation, Scott Shackelford, Christiana Ochoa, David Bosco and Kerry Krutilla
Innovation
Jan. 16, 2023
In a wild first, physicists used lasers to control lightning on a mountaintop
By Max G. Levy
Innovation
Jan. 16, 2023
An ambitious plan could help repair one of California’s biggest ecological catastrophes
By The Conversation, Robert Glennon and Brent Haddad
LEARN SOMETHING NEW EVERY DAY.
Related Tags
Share: