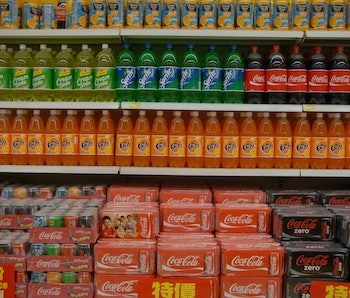 It’s no secret that both sugar-sweetened and artificially sweetened sodas are linked to diabetes and obesity, but new research published Monday could finally close the coffin on soda, showing that drinking sugary sodas can actually shorten your life.

In a study published in the American Heart Association journal Circulation, Harvard public health researchers show evidence that people who drink two or more sugar-sweetened beverages a day — this includes sodas, sports drinks, and fruit drinks sweetened with sugar, high-fructose corn syrup, or fruit concentrates — have significantly higher chances of dying early compared to people who drank less than one a month.

Drinking more than one soda a month but less than two sodas a day was healthier, though it was still risky. The researchers behind the new study found that the risk increased as the amount of sugary sodas increased —an effect they describe as “a graded association with dose.” Together, these results illustrate that while drinking less soda is always a good move, the healthiest choice is to straight-up avoid consuming the 77 grams of sugar found in a 20-ounce Mountain Dew.

“[Sugar-sweetened beverages] are the single largest source of added sugar in the US diet,” they write. “Positive associations between SSB intake and weight gain, risk of diabetes mellitus, and [coronary heart disease] have attracted much scientific interest, but little is known about whether intake of these beverages impacts risk of mortality. However, this may be expected given their associations with the above conditions.”

In addition to the health risks of sugary sodas, though, the researchers also saw that women who drank more artificially sweetened beverages (that is, diet sodas) were still at increased risk for death from cardiovascular disease. They suspect that this relationship reflects people who may already have health problems associated with too much sugar consumption and have switched over to diet sodas.

This research comes at a time when consumption of traditional sugary sodas is already on the decline. Though drinking soda may be the way people in the US get most of their added sugar, it seems that Americans are already wising up. In a 2017 paper in Obesity, researchers found that SSB consumption for both adults and children in the US had gone down between 2003 and 2014.

Taking their place, sales of non-sugary beverages are on the rise. A 2016 beverage industry report showed that seltzer sales had increased by 42 percent over five years, just as anecdotal reports suggest. Walk down any beverage aisle in a grocery store, and beside all the sugary sodas, you’ll see a growing variety of sparkling waters that simply weren’t there a handful of years ago.

Of course, replacing soda with seltzer isn’t just a matter of making a smart choice. Research has established just how addictive sugar is, so for many consumers, it’s not as simple as making the choice to put down the soda. But perhaps this research will help nudge people toward a glass of water instead — and maybe some sparkling water for fun.

METHODS: We examined associations between consumption of SSBs and ASBs with risk of total and cause-specific mortality among 37 716 men from the Health Professional’s Follow-up study (from 1986 to 2014) and 80 647 women from the Nurses’ Health study (from 1980 to 2014) who were free from chronic diseases at baseline. Cox proportional hazards regression was used to estimate hazard ratios and 95% confidence intervals.

CONCLUSIONS: Consumption of SSBs was positively associated with mortality primarily through CVD mortality and showed a graded association with dose. The positive association between high intake levels of ASBs and total and CVD mortality observed among women requires further confirmation.