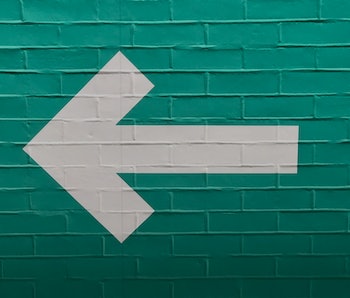 Whether it’s a hassle with spiral notebooks or a struggle scissors, left-handers don’t have it easy in this right-handed world. But new research suggests that their uniqueness shows up in more significant ways than just how they use school supplies.

In a paper published on Wednesday in the journal Brain, researchers presented evidence that people who are left-handed show an extraordinary level of connection between language regions of their brains, much more than righties exhibit. Furthermore, they found four genetic markers of left-handedness — which, unfortunately, are also associated with some psychological conditions, though the connection is modest.

To find these connections between brain regions, genes, and left-handedness, the team dug into data from the UK Biobank, a prospective cohort study of half a million volunteers that gathers a huge range of data on their health and habits.

Brain imaging data from about 9,000 of these volunteers revealed an unusual correlation. In the brains of the left-handed individuals, there were much higher levels of functional connectivity between the language networks in the left and right hemispheres of their brains.

The study’s corresponding author, Dominic Furniss, an associate professor of orthopedics at Oxford University, says this detail likely has an ancient evolutionary origins in our early human ancestors, differentiating us from other mammals.

“The skew in distribution of handedness is a uniquely human characteristic. We know from pre-historic art that around 90% of humans have been right handed for at least 10,000 years,” Furniss told Gizmodo. “Most other animals have a much more even distribution of left- and right-handed individuals. Therefore, beginning to understand what is responsible for this distribution in humans helps us start along the road to understanding the question ‘what makes us human?’”

And it turns out that part of this explanation could be humans’ unique capacity for language.

A 2003 paper in the journal Behavioral and Brain Sciences suggested that the reason right-handedness is so much more common than left-handedness in humans is that Broca’s area, the brain region associated with speech production and language processing, is in the left hemisphere of the brain. As you may recall from biology class, our brain’s hemispheres control motor functions the opposite side of the body.

So in this case, since the part of our brain that makes us so unique from other mammals is located in the brain hemisphere that controls the right side of our body, some researchers have hypothesized that gestures associated with speech are biased toward the right side of the body. This, in turn, led to the dominance of right-handedness throughout human evolution.

The implications of these findings aren’t totally clear, but the genetic portion of the research could illuminate some of the questions scientists have about how some humans are born left-handed in the first place.

The Complicated Genetic Basis of Left-Handedness

By doing a genome-wide association study on about 400,000 of the Biobank participants, the team identified four loci on genes that were associated with left-handedness. To be clear, these are not genes themselves, but single nucleotide polymorphisms (SNPs), specific points on the genes.

The researchers explain that it took hundreds of thousands of study subjects to reveal this connection because each factor seems to only make a very small contribution to left-handedness.

These small effect sizes, they write, “are consistent with a polygenic model of inheritance incorporating many variants of very low effect size.”

In other words, even though they identified some of the genomic factors that are associated with left-handedness, these are just a few pieces of the whole puzzle.

Perhaps the most concerning finding from this study is between these four genetic loci and psychological conditions like anorexia nervosa and schizophrenia. On the plus side, these loci were also associated with a slightly lower risk of Parkinson’s disease.

Previous research has shown a surprising connection between left-handedness and early death, and this new study may lend minor support that idea. That being said, though, these associations are not extremely strong, so left-handers don’t need to start worrying.

For now, suffice it to say that scientists have found one more way in which lefties are unique from 90 percent of humans.

Abstract: Ninety per cent of the human population has been right-handed since the Paleolithic, yet the brain signature and genetic basis of handedness remain poorly characterized. Here, we correlated brain imaging phenotypes from ∼9000 UK Biobank participants with handedness, and with loci found significantly associated with handedness after we performed genome-wide association studies (GWAS) in ∼400 000 of these participants. Our imaging–handedness analysis revealed an increase in functional connectivity between left and right language networks in left-handers. GWAS of handedness uncovered four significant loci (rs199512, rs45608532, rs13017199, and rs3094128), three of which are in—or expression quantitative trait loci of—genes encoding proteins involved in brain development and patterning. These included microtubule-related MAP2 and MAPT, as well as WNT3 and MICB, all implicated in the pathogenesis of diseases such as Parkinson’s, Alzheimer’s and schizophrenia. In particular, with rs199512, we identified a common genetic influence on handedness, psychiatric phenotypes, Parkinson’s disease, and the integrity of white matter tracts connecting the same language-related regions identified in the handedness–imaging analysis. This study has identified in the general population genome-wide significant loci for human handedness in, and expression quantitative trait loci of, genes associated with brain development, microtubules and patterning. We suggest that these genetic variants contribute to neurodevelopmental lateralization of brain organization, which in turn influences both the handedness phenotype and the predisposition to develop certain neurological and psychiatric diseases.