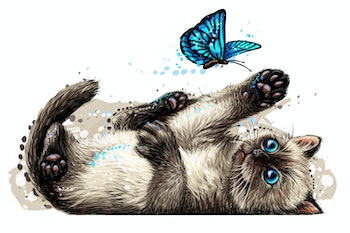 As I wonder about how much tofu I should add to my diet, allow me to share stories on the following news:

Hello there! I’m Nick Lucchesi, editor-in-chief at Inverse, and this is Inverse Daily, your morning newsletter for essential stories on science and innovation, with the occasional sidebars on our favorite TV shows and other forms of ... Inverse entertainment.

This is an adapted version of the Inverse Daily newsletter for March 31, 2021. Subscribe for free and earn rewards for reading every day in your inbox.

The hypothesis comes from a team of scientists at Arizona State University who together suggest the remains of an ancient protoplanet known as Theia may be found embedded in our own planet’s interior, buried in the deep layers of rock below West Africa and the Pacific Ocean.

If this hypothesis is proven correct, then it provides the first direct evidence of the impact hypothesis that formed the Moon.

Why do we love music? Why is sometimes music so good that the hair on our arms pricks up and we shiver — despite there being no obvious biological benefits to enjoying music?

These are the questions that researchers from McGill University in Canada have been studying for years. Now, they believe they’ve definitively proved what’s happening in the brain when we listen to a piece of music we love.

Covid-19 vaccine: 13 answers millennials need — President Joe Biden has directed all states to make every adult eligible to get the Covid-19 vaccination with May as the deadline. That includes millennials. Katie MacBride answers the big question in her guide.

The vaccine announcement is exciting news for young adults who have anxiously waited their turn to get inoculated.

Inverse spoke to two experts, George Rutherford, director of the Prevention and Public Health Group and a professor of epidemiology and biostatistics at the University of California San Francisco, and Stefan Baral, a physician epidemiologist and an associate professor at Johns Hopkins School of Public Health. Here’s what you need to know...

Will my cat eat me if I die? — Inverse contributing writer Tara Yarlagadda takes on a strange but enduring question. Tara interviews three different cat experts to unpack the science behind a gruesome question: Would a cat eat its owner if it had the chance?

The question has crossed most cat owner’s minds at least once. Would their sweetly purring feline ever... choose to eat them? Is the urban legend true?

Cats, unfortunately, only sashay away when confronted by The Question — leaving owners alone with their unsettling thoughts. Luckily, cat experts are game to answer.

SpaceX Starship explosion 2021: Elon Musk explains the surprising cause — The bright silver rocket has yet to complete a successful flight, reports science editor John Wenz in this story about the “exciting” test flight on Tuesday morning through the Texas fog.

On Tuesday, a test flight of the rocket went up in flames. The SN11 vehicle went up successfully, but soon after, something went awry. Details were scant, with SpaceX principal integration engineer John Insprucker remarking simply during a webcast the cryptic words, “Starship 11 is not coming back.”

“Don’t wait for the landing.”

That wraps up this hump day version of Inverse Daily. You can follow me on Twitter (@nicklucchesi), where I share some of my favorite stories from Inverse, Input, and Mic every day.

One more thing... happy birthday, Ewan McGregor! The actor best known around these parts as young Obi-Wan Kenobi in the Star Wars prequels turns 50 today. While McGregor has been in the sorts of roles that would’ve defined the career of another actor, once you're in Star Wars, you’re always going to be at least partially defined by that. (I can’t even remember the character’s name in Girls played by Adam Driver without looking. He’s just Kylo Ren now.)

In an interview last fall with Empire, McGregor reflected on the role of those films this way:

“You know, our films weren't much liked when they came out, by my generation who loved the first ones,” he says. “I think people of our generation wanted to feel the way they'd felt when they saw those first three movies when they were kids, and George [Lucas] wanted to take our ones in a different direction, he had a different idea. It was tricky at the time, I remember. But now, all these years later, I'm really aware of what our films meant to the generation they were made for, the children of that time. They really like them. I've met people who, they mean a lot to them, those films, more so than the original three, and I'm like, 'Are you kidding?'”

May the force be with you, Ewan!