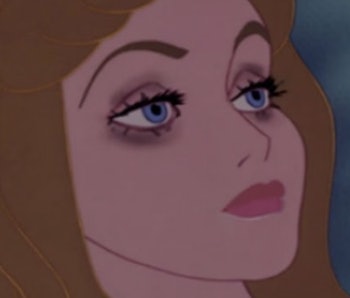 Welcome to Inverse Daily, everyone! Today we’re serving up some strange facts about dolphins, sleep science, bizarre technologies, and more.

While I try to convince the Inverse entertainment team to cover Billy Joel’s Scenes From an Italian Restaurant, dive into the news below.

“To me it was almost a sign that it had to be the name of the movie.”

But this didn’t happen all at once. It required the bodies of whales, dolphins, and porpoises to change dramatically. Their lungs needed to handle the pressure of deep dives, their saliva became unnecessary, and their blood needed to be able to heal wounds without clotting under pressure. New research shows that all of these physical changes in cetaceans can be seen in their DNA, with each change corresponding to genes that were “lost” as they evolved from their legged ancestor.

Learn how modern whales and dolphins came to be.

Sleep tends to call its siren song right at the siesta hour, but it can be very difficult to fall asleep at night — you know, the time when you’re supposed to be sleeping. That discrepancy can, in part, be explained by biology. So-called morning people have earlier phase circadian rhythms — so they naturally go to sleep and rise earlier — while night owls tend to have late phase circadian rhythms, causing them to stay up later and then sleep in more.

To some extent, whether you’re a morning lark or a night owl is genetically determined, but teens experience a shift in their circadian rhythms that make it really hard to go to sleep early. The good news is that scientists might have a simple solution to fix that: some cognitive behavioral therapy (CBT) paired with some strange flashing light treatments.

That treatment is technically called “flash therapy” and it involves three millisecond flashes of light every 20 minutes throughout the last two hours of sleep. Teens who received both “flash therapy”and cognitive behavioral therapy fell asleep 27.5 minutes earlier and slept 43 minutes longer than teens who didn’t receive the treatment. These results suggest that, with the use of well-timed lights, we can change the way our circadian clocks function and relax our internal clocks, in the end helping us better coexist with the physical clocks that rule our lives.

Discover the secret to getting to sleep.

Garrett Reisman has a track record of some extremely cool gigs. He’s a former NASA astronaut, currently works as a SpaceX consultant, and is now a bonafide Hollywood advisor. Reisman recently had the enviable task of working as a space advisor on the new Brad Pitt film Ad Astra, a film that depicts an overcrowded, over-commercialized private spaceflight economy, as well as a broody Pitt.

Inverse’s Passant Rabie spoke with Reisman, who said he hopes we don’t see that in the future — the over-commercialization part, Pitt can remain broody. In fact, he envisions the future of spaceflight being a lot more like the history of air travel. Once restricted to the ultra wealthy, one day it will become so common that it’ll be a pretty whatever experience.

Read why an Applebee’s on the moon is a bad thing.

Deep fakes are going to affect the political realm, celebrities, and even our private lives for the foreseeable future. In turn, many are working on developing technological methods for identifying these fraudulent videos. When you watch a video of Barack Obama, you want to know that it’s actually Obama.

While it’s important that we develop ways to spot the fakes, a new report from the nonprofit Data & Society argues that we need social solutions to this problem as well. Deep fakes seem advanced, the report notes, but they’re actually just the newest addition to a long history of media being manipulated to influence public opinion. To get rid of them, there needs to be a fostering of “digital citizenship” that operates off the old adage, “If you see something, say something.” In other words, if you see a deep fake, it’s time to alert the mods.

Understand the root of deep fakes by heading to Inverse.

Currently, the supplement industry is rife with misinformation and mislabeling, but that hasn’t stopped over half of the American population from taking some type of supplement each day. There’s a need for more research to prove what supplements can actually do. Luckily, a new trial that involved nearly 26,000 people has added some important findings to a murky landscape.

The potential benefits are promising, but experts say that more research is needed to make any clinical recommendations to specific populations. For now, getting these nutrients from food — for example, fish and walnuts are omega-3 rich options — or from short, daily stints in the sun may be better than popping a pill.

Find out why dietary supplements are “not a magic bullet.”

Thanks for reading, gang! Come back tomorrow for the latest science and technology news. I swear you won’t regret it — which is more than the creator of the labradoodle can say.

In the meantime, I’ll be thinking about that time Inverse learned that it’s perfectly fine to eat Christmas trees.

More like this
Science
5.14.2022 12:30 PM
Omicron subvariants: An epidemiologist answers 5 essential questions
By Louis Jacobson and Kaiser Health News
Science
5.9.2022 10:00 AM
Here’s the optimal amount of sleep for good mental health, according to a new study
By Barbara Jacquelyn Sahakian, Christelle Langley, Jianfeng Feng and Wei Cheng
Science
5.16.2022 10:00 AM
Pig-human heart transplants still have a long way to go
By Andrew Fenton, The Conversation and Françoise Baylis
Related Tags
Share: