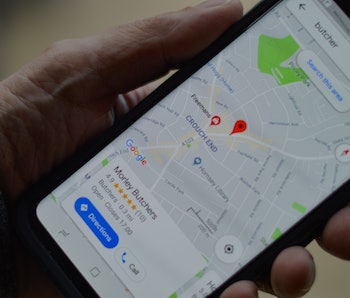 The iPhone 11 is hiding a secret — one that could disrupt the future of technology.

Apple’s latest smartphone, which hit shelves last week, packs a number of welcome features in a design largely identical to last year’s phone. There’s an extra camera lens, an even faster processor, an even bigger battery and even better video recording. It does many of the same things as last year’s phone, but it does them better.

But hidden behind this colorful glass screen is a chip that is anything but ordinary. Alongside the A13 Bionic processor used to power the phone, there’s a new U1 chip that offers support for ultra wideband connectivity. It’s the first time this has surfaced on a smartphone.

Ultra wideband uses radio frequencies to pinpoint locations with precise accuracy, even indoors. Apple is planning to use the U1 chip to enable directional AirDrop file transfers, and there are rumors that a UWB-enabled tracker could let users find their keys and other household objects in a similar vein to the tile tracker.

This is perhaps underselling the potential for the chip, which could pave the way for more secure payments, opening car doors, augmented reality for Apple’s rumored wearable glasses, and even reconsidering our relationship with the physical world. David Mindell, co-founder and CEO of Humatics, a firm that works with microlocation technologies like these, tells Inverse that the U1 chip is just the beginning.

“I think within a few years, you really will know where your phone is to within a millimeter,” Mindell says. “That enables the digital world to merge with the physical world in ways that we really don’t yet.”

While finding your position indoors seems a relatively small benefit, Mindell says that every breakthrough in location has led to a change in our perceptions, be it the early explorers using longitude and latitude or GPS-enabled smartphones that gave rise to directions, location-tagged photos, and much more.

“All forms of locating ourselves in space have changed the way we inhabit that space and change the way we think of ourselves in the world,” Mindell says. “There’s no reason that microlocation won’t do that as well.”

Ultra wideband uses short pulses to transmit data. The pulse-based transmissions used today first saw use in the military, restricted to Department of Defense applications in the United States until about the 1990s. A paper from the National Institute of Health explains that the pulses can operate at wavelengths above 500 MHz, and they’re capable of transmitting up to 100 megabits per second.

It’s not the first time the department has initially restricted the use of a location technology to the military, as it did with the Global Positioning System. Similar to how GPS uses satellites in the sky to find a user’s location, ultra wideband can use beacons and other transmitters to locate itself inside a room.

Apple’s implementation would not be the first time a civilian organization has explored the technology. The New York City Subway has been researching the use of ultra wideband for controlling signals.

Apple said relatively little about the U1 chip during the iPhone 11 launch. iOS 13.1, released Tuesday, enables the phones to support directional AirDrop file transfer. Another rumor suggests the company would introduce a tile tracker, attachable to everyday objects and built into the Find My app. Users could find their car keys in an instant. Beta versions of iOS suggest a virtual balloon could appear to help.

But Mindell thinks there’s scope for more. Imagine a payments method that uses location to authenticate the payment, making sure the device is interacting with the terminal as expected. If the phone is outside of a predefined area, perhaps it could block the transaction until it reaches the area, an added layer of security. Another possible use could be a car fob, opening the door when the phone is within close proximity.

Apple’s U1 chip is unlikely to support too many bigger ideas. Mindell explains that consumer-grade chips tend to offer a range of a few meters, with accuracy down to tens of centimeters. That’s likely to develop over the years, and Mindell believes the consumer-grade technology could get as accurate as one millimeter. By comparison, GPS offers accuracy of around five meters of radius.

If the company can get to that more accurate level, it could enable even more applications. The company is heavily invested in augmented reality, and its rumored wearable glasses could benefit from location tracking in 3D space. Perhaps an optional UWB-enabled wristband could enable people to move their hands through that 3D space. With a giant network of players, UWB could also help the device track others in a large-scale multiplayer game.

The company appears to be taking it slow with potential ideas for its U1 chip, but as the name suggests, it could be just the beginning.

More like this
Innovation
8.14.2022 10:00 PM
60 years ago, an iconoclast designer revealed a fix for our biggest tech problem
By Tim Gorichanaz and The Conversation
Innovation
20 hours ago
Scientists create fake leaves that generate a clean fuel source
By Sarah Wells
Innovation
17 hours ago
Can we terraform Mars? Scientists may have made a major breakthrough
By Jeff Nagle
Related Tags
Share: