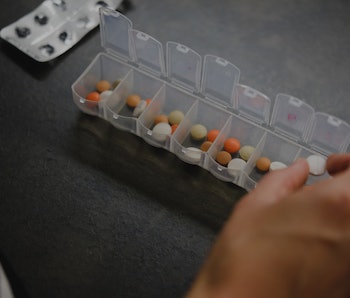 Currently the supplement industry is rife with misinformation, mislabeling, and lack of oversight. Still, over half of the American population takes some type of supplement each day. According to the National Institutes of Health, there’s a need for more research to prove what supplements can actually do. In response, a new clinical trial, including almost 26,000 people, now adds some important findings to a murky landscape.

The VITamin D and OmegaA-3 Trial (VITAL) tested whether two of the most popular supplements, vitamin D and omega-3 fatty acid (also known as fish oil), can effectively prevent cancer or cardiovascular disease. While the results of previous studies have been mixed, these new findings suggest that omega-3 fatty acid supplementation can lead to a significant reduction in heart attacks while vitamin D supplements can reduce cancer deaths.

The trial was led by JoAnn Manson, MD, a professor of medicine at Harvard Medical School, Chief of the Division of Preventive Medicine at Brigham and Women’s Hospital, and one of VITAL’s study directors, and Julie Buring, Senior Epidemiologist at Brigham and Women’s Hospital. Their team will present their findings on Thursday at the annual meeting of the North American Menopause Society.

Adding a fish oil supplement showed the greatest benefit for non-fish eaters or people who ate less than 1.5 servings per week. African American people, who have been previously understudied in clinical trials on omega-3s, also showed the greatest risk reductions. These findings were confirmed with recent meta-analyses of omega-3 randomized trials, the gold standard of scientific research.

Meanwhile, vitamin D supplements were also found to provide some stellar benefits. While these supplements did not reduce major cardiovascular disease events, like a stroke or a heart attack, or reduce cancer incidence, they did reduce cancer mortality by 25 percent. While consuming vitamin D did not reduce the overall number of individuals who became sick with cancer, its presence was linked to a lower likelihood of dying from it. A recent meta-analysis of vitamin D also confirmed that vitamin D supplementation is associated with a significant reduction in total cancer mortality.

Manson cautions that quality of supplements, and how much you take, matter. In this study, the team found specific doses to be safe: For omega-3 fatty acids that means one gram per day and for vitamin D that’s about 2,000 international units (IU) daily. Meanwhile, the Mayo Clinic recommends 600 IU for ages 1 to 70 years.

“More is not necessarily better and in many cases, it’s worse,” Manson explains. “We should discourage megadosing on these supplements.”

Megadosing, or taking supplements over the recommended dietary allowances or the individual’s needs as advised by a health professional, can lead to vitamins and supplements acting like a drug. Manson says too much supplementation can lead to high levels of calcium in the blood, kidney stones and gastrointestinal (GI) problems.

Because choosing a supplement can be hard, Manson suggests reading the label closely and looking for indications that there has been some quality control or an independent audit of the supplement.

The potential benefits are promising, but Manson does not recommend a race to add omega-3s and vitamin D to routines because more research is needed to make any broad clinical recommendations. For now, getting these nutrients from food (fish and walnuts are omega-3 rich options) or from short, daily stints in the sun may be better than popping a supplement.

“There’s no one size fits all answer,” Manson says. “Dietary supplements are not a magic bullet.”