9 gaming figures reveal how their habits changed during lockdown

“I started to associate anything being done on the computer with work.” 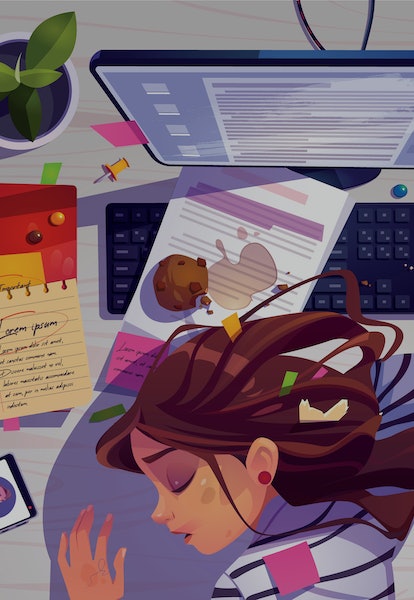 In February 2020, my gaming habits were set in stone.

Every day, I’d play indie games on the Nintendo Switch during my commutes to and from work. When I was home, I’d pop over to my PC or PS4 to dive into more technically demanding AAA titles. If I was out and had a few minutes of downtime, I’d load up a mobile game. I’d worked it out to a science; every platform had its time and place.

That carefully crafted formula fell apart when March rolled around. As the Covid-19 pandemic got into full swing, all of my routines went out the window. Suddenly, every day looked exactly the same. Roll out of bed, work at my PC for 8 hours, figure out something to do at home for the rest of the night. My Switch started collecting dust — I had no commute beyond the trip from bed to desk. I started to hate the idea of gaming on my PC and spending even more time at my desk during my day. My PS4 suddenly became the most appealing piece of hardware in my apartment. At least it let me move to the couch for a change.

We know that people were gaming more during the pandemic. The industry skyrocketed in 2020 hitting an estimated $180 billion in sales. It’s not just that people were putting more hours into games; the way we actually play changed too.

Inverse spoke to nine video game content creators, developers, and journalists about how their habits have shifted during the pandemic. Even long-time players found their routines shuffling over the past year, though no two stories were the same. (The only real consensus is that everyone seems to love the Backbone, Microsoft’s mobile controller.) The diverse range of anecdotes highlights exactly why today’s flexible gaming landscape has proven to be one of the few bright spots in the past year.

Online multiplayer has become more important to me throughout the pandemic. I've always dabbled in multiplayer games, but I was more likely to run a bunch of content by myself than team up for stuff. When Covid took away the opportunity to casually chat with my coworkers about something that's not strictly about work, we've found that games like Fortnite, Avengers, and The Division 2 have stepped up to be the place to just hang out. For all of its warts, Avengers helped me connect with industry friends I hadn't had more than a passing conversation with in years. Now, we find ourselves seeking out games to play together -- I just redownloaded Destiny 2.

One actual piece of hardware I’ve started using since the pandemic started is Backbone, which is an iPhone controller that allows me to stream games from my Xbox Series X or PlayStation 5. The pandemic has probably made me more interested in keeping up to date with TV and movies, in lieu of going to the theater or watching things at friend’s places. Since I’m also all about multi-tasking (and live in an area with fast enough internet), I’ve taken to playing games over the cloud while watching stuff.

While loads of people have doubled down on the Switch in the past 12 months, I find that I play Nintendo's console far less than I did before — other than a month-long fling with Animal Crossing. JRPGs are generally my favorite genre, but I've found that burrowing into a massive game for dozens of hours is less appealing when you're stuck at home for weeks on end. I still devoured FF7 Remake and Yakuza: Like a Dragon, but my RPG backlog definitely languished more than I would have predicted.

I got really into racing games in the last several months, especially Forza Horizon 4, which is not something I ever expected to say. You gotta take your thrills where you can find 'em these days!

My gaming habits have been pretty similar this past year. I have more time to spend with my wife now that we are both always home, so a bit less gaming than general, which I expect is different than most gamers during this time.

Series X has been a huge upgrade. Being able to try out different games with Game Pass, having the ability to switch titles quickly with Quick Resume, and the fast loading times have made a world of difference on how much gaming time I have that's enjoyable. I've been able to check out a lot of games and spend more time playing since getting my Series X.

Before the pandemic started, my return to PC gaming was well underway. I invested in a decent graphics card, got myself a setup and loaded up my Steam library. But as lockdown wore on, I started to associate anything being done on the computer with work. So I've returned to almost exclusively gaming on consoles in the last half year. Lucky thing the new consoles released and I'm blessed to receive both — they make staying with consoles much easier thanks to the faster loading times and other upgrades.

There's broad thinking that more lowkey games like Stardew Valley or Animal Crossing are good for de-stressing and relaxing, but I find that to be the opposite in my case. These games are very quiet experiences overall. Instead, I've reverted back to the habits of my teen years, playing ultra-violent and fast-paced titles like Doom Eternal, the later Resident Evil games, and even Mortal Kombat 11.

I try to maintain as much gaming as I did back then. I don't game during the days, I reserve that for work, errands and taking care of my cat. I still restrict my gaming to mostly after 6 or 7 p.m.

I have not been playing with a lot of people, but it's never been my bag anyway. Since all my friends live on the West Coast, it's been hard to schedule a regular decent time to game. I still play multiplayer online games frequently, but it's usually alone and whenever it strikes my mood. With days feeling as out of control as they have been, I like to at least feel in control of my own time.

Getting away from the computer and spending more time with family became a much bigger deal since it became so hard to unplug. During the pandemic I have spent considerably more time on board games and having slower-paced sessions to balance between the fast-paced virtual work. Co-op, tableau building, and engine/deck-building games overtook the competitive and social deduction genres. However... I am now running out of both physical and mental space for more board games

I've been playing a lot of different things during the pandemic, but what has changed how many platforms I'm playing on. I'm lucky enough to have the full suite of next-gen consoles, PC, and a mobile device. Being able to jump between so many different places to play to really get whatever my gaming fix is at the moment is pretty fantastic. I'm playing a lot more and checking out new games more than I ever did before which has been great.

I recently got a Backbone device, which is this controller for my phone and it has been amazing! Jumping between games and cloud services like xCloud and GeForceNow has really shown me that I do like using my phone as a way to play high-end games in a way I didn't think was possible before.

I've been a Switch person ever since having children, and that's been ever more the case during Covid-19. My wife and I have had both our kids at home during the entire pandemic, which means our free time is microscopic. The moments where I can take a breather and play a video game are few and far between and often involve me flopping onto the nearest couch, instead of retreating into my office. Who knows when the newborn will wake up? The Switch is perfect for that.

For me, I very much had been a “sit down and play a game for four hours, probably love it, but still never find the time to pick it up again type” player. During the pandemic, though, I got pretty into Animal Crossing. I’ve checked in to my island almost every day and have put hundreds of hours into the title. I think this game really resonated with me because the most stress I could have was breaking a tool or filling up my pockets. I needed something low stakes. It took me months to have a K. K. Slider concert and I still don’t have a five star island, but I don’t really care. I felt like my Villager moved to the island for a little R&R, so why invite a bunch of people to move there and build it up the first chance I get?

I’ve mostly been playing games on my Switch. The new Mario title, Luigi’s Mansion 3, really anything first-party Nintendo, as well as some of the Indie games. I think I have found a way to make more time for gaming.

Gaming may have been a unifying experience in the past year, but how we actually played was a variable. Different situations called for different gaming solutions. What’s notable is that the current gaming landscape was flexible enough to deal with that wide range of experiences. Whether players wanted to hunker down with a powerful machine or play portable, there were multiple options available.

Video games were as popular as they were in this moment because of decades of groundwork. Hardware and technology have been fine-tuned to account for the myriad of situations players might find themselves in. No one could have predicted a pandemic, but that evolution helped make gaming uniquely prepared for any sudden changes to our daily lives.

Hopefully we’ll never have a reason to test those limits again.