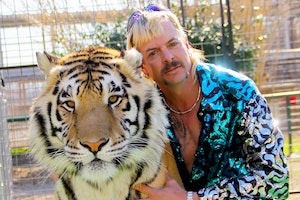 How has streaming changed in the pandemic? 3,300 Inverse readers reveal 6 big trends

The Covid-19 pandemic changed every aspect of our lives.

Inverse asked more than 3,300 people how their streaming habits changed over the past 12 months, and their answers may just surprise you.

6. We splurged for more

Netflix, of course, became the prime source of streaming from the get-go, and shows like Tiger King and Bridgerton became cultural talking points as people worked through them on their own timelines through lockdown. But many found the need to branch out their streaming service selection now they had more time, with 70 percent of Inverse readers reporting they shelled out for new service in the last year.

Twenty percent of readers reported they finally took the plunge and got Netflix, which may seem surprising to the long-time cord-cutter. Others reported adding on more niche subscriptions like anime streamer Crunchyroll or British import provider Acorn. But far and away the most popular service for a quarantine add-on Disney+, which a whopping 40 percent of Inverse readers subscribed to over the past year. That’s no surprise considering Disney announced the service had gained 86 million subscriptions in a year during its 2020 Investor Day presentation.

It’s easy to see why. For the past six months, it’s felt like every Friday has been dominated with discussion of the latest Disney streaming series, whether that’s new episodes of The Mandalorian, WandaVision, or The Falcon and the Winter Soldier. Thanks to Disney+, the weekly TV show is finally back after years of Netflix binges being the status quo.

5. We went down memory lane — and ventured out of our comfort zones

With more time for streaming, 73 percent of readers also reported watching more old favorites than new shows, or at least an equal balance. After all, if there’s any time to finally start that Star Trek rewatch, it’s now.

For those who did watch something new in the past year, the sudden free time was the perfect excuse to try something a little more adventurous. Multiple readers write that they are watching many more foreign-language shows purely because they now have the attention span for subtitles.

A year of isolation has had a lot of adverse effects, but for some, it’s unlocking an entire world of new content.

One of the big flops of 2020 was the “quick bite” phone-optimized streaming service Quibi, which was marketed as the ideal media experience for those on the go. It launched last spring, just as people were discouraged from being on the go at all. Nevertheless, 31 percent of Inverse readers reported streaming mainly from a mobile device.

The most popular device for streaming is, was, and will (hopefully) remain the trusty television, with 74 percent of responses. In the future, we may see televisions be developed with streaming as the priority, not cable, meaning that devices like the Chrome stick and Amazon Fire device may become a thing of the past.

3. TVs aren’t just for catching up on shows

Many readers also report they streamed as a way to fill a lonely room while working at home to substitute the sounds of a normal office. Others, to drown out sounds of a busy house. TV can even replace companionship.

“I have watched more TV than I thought possible,” writes in one Inverse reader. “Though I am at home in a multi-generation family, I still feel a sense of isolation. TV, Zoom, and Facetime are not enough interaction.”

Streaming, even though done by yourself, became a more communal experience than ever purely because there wasn’t much else to do or talk about. “I’m 81 years old. Watch 2-3 movies a day now,” writes one respondent, “I watched one or two a month before the pandemic.”

In fact, 74 percent of readers say they streamed more media during the past year, and only 6 percent responded saying they actually watched less.

1. We escaped — and found solidarity — through streaming.

And don’t think all these people were simply streaming out of boredom. There’s nothing quite like escapist media, and there was no better time to escape from like 2020. Even if you’re watching a dystopian sci-fi show, there’s still hope to be found. Writes another reader, “For me, shows depict life far worse than the one I’m living — although there are days I wonder.”

If escapist television was effective for those who weren’t directly affected by Covid-19, it was even more important for those who were living their own dystopia. “I’m a Covid long-hauler and I watch waaaaay more TV than I used to.” While television may not be the best medicine, it sure helps pass the time.

“Rather than serve as an escape, the tv shows served as an inspiration and motivation for me to keep it together during these tough times,” a reader writes.

“Because just like the characters I watched who went through multiple apocalypses as well, if they made it through, I can make it too.”