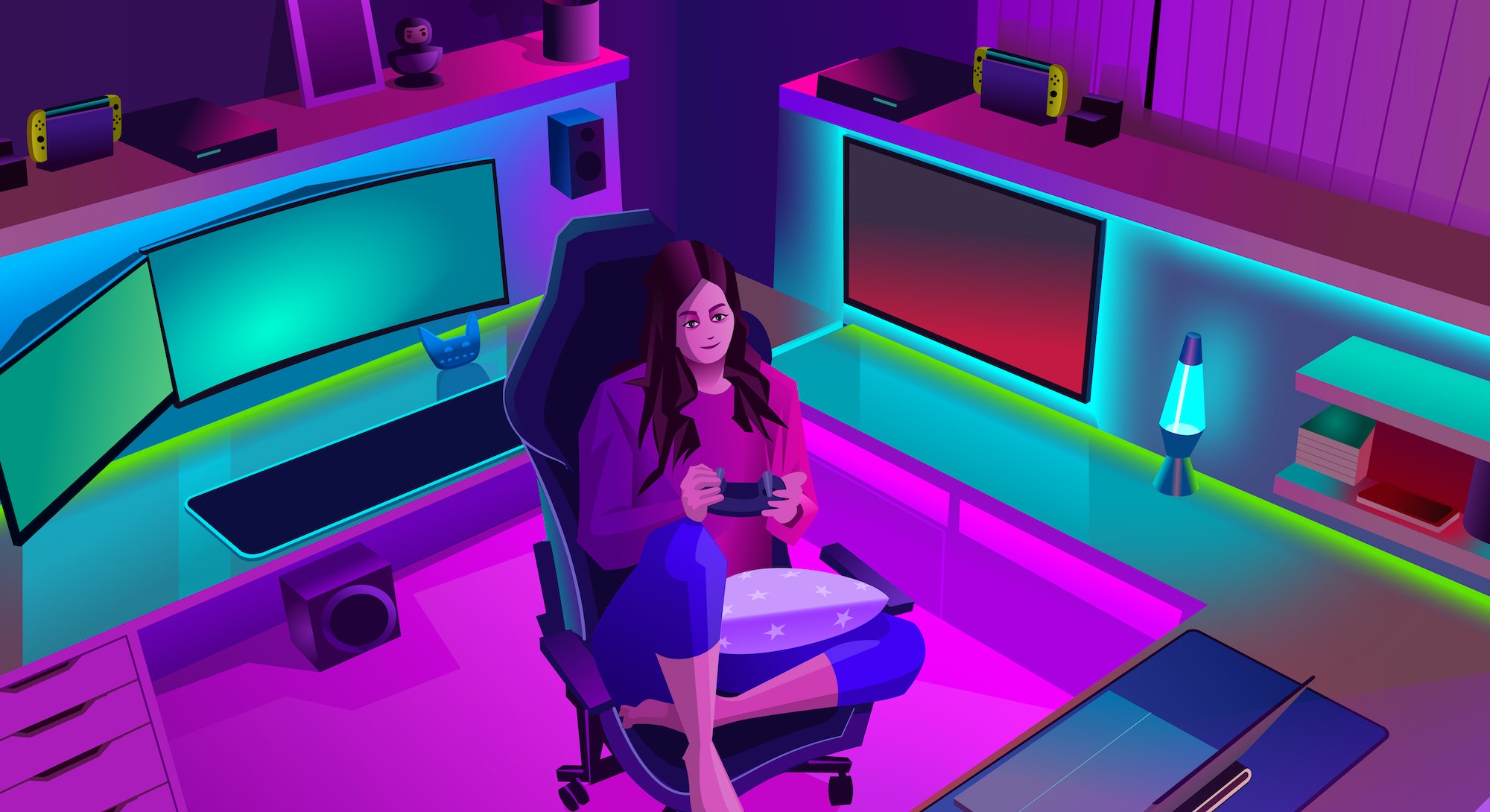 As more people focused on indoor activities to pass the time during a year-long pandemic that’s still not over, a lot of them turned to gaming. But how exactly did 2020 reshape the way we play video games?

We asked, and more than 2,900 Inverse readers responded. A whopping 77.1 percent of people say they play more video games than they did before, and 17.7 percent play about the same. Almost nobody played less, and the reason why is pretty clear.

The World Health Organization declared Covid-19 a pandemic on March 11, 2020. It was the day after Activision released the free-to-play battle royale game Call of Duty: Warzone and a little over a week before Nintendo released Animal Crossing: New Horizons. In a previous survey from Inverse, 61 percent of 1,100 readers said one of these two games was the most comforting game in quarantine. That statistic alone is proof that the comfort of escapism comes in many forms — from mellow creativity to rowdy camaraderie.

Most gamers who responded to our survey went through a chaotic shuffle as time went on, migrating to different consoles or game genres altogether.

3. What types of games did we play in quarantine?

“During the start of the pandemic, I found myself playing more online games with friends,” one responder writes. “But now, that's sort of gotten old, and I've opted to play more single-player games instead.” Similar to the phenomenon of Zoom fatigue, excessive amounts of multiplayer gaming early in the pandemic led to a shift over time.

Also consider that for every uber-popular multiplayer game, like Warzone or Among Us in 2020, there were four or more excellent single-player time eaters, like Hades, 13 Sentinels: Aegis Rim, Demon’s Souls, and Ghost of Tsushima. It seems the vast majority of Inverse readers prefer single-player experiences.

“I play single-player RPG with strong narratives, and I never play two games like this at the same period of time,” another responder writes. “I want immersion.” Nothing can shatter the video game illusion quite like a young child swearing through party chat, right?

In a series of write-in responses, 6.5 percent said Genshin Impact was their most-played game of quarantine, 6.3 percent said a Zelda game, and 6.2 percent said Animal Crossing: New Horizons. Only 4.2 percent wrote some version of Call of Duty, whether that's Warzone, Modern Warfare, or Black Ops Cold War. By and large, most gamers play a mix of multi- and single-player games, but their favorite quarantine games focus on richer narratives or chill experiences.

2. What consoles did we play before and during Covid-19?

Aside from next-gen consoles that would emerge later in the year, PC and Nintendo Switch are the only platforms that saw an increase as the preferred platform for gaming.

“I lost my job on March 18, 2020,” one survey responder writes. “That same day, my closest friend sent me a brand new Switch Lite and a preorder for Animal Crossing. My Switch helped keep me sane and was, and is, a huge help to my mental health during the pandemic and all the political unrest.”

At the start of the pandemic, 21.9 percent of respondents played on Switch the most, but that jumped up to 28.7 percent by the end of 2020. PS4 gaming decreased from 28.3 percent to 20.3 percent, and Xbox One from 14.2 to 9.5. Even mobile gaming decreased from 9.3 to 5 percent, which is surprising considering how widely accessible it still is. Not only do Inverse readers prefer PS4 to Xbox One by a 2:1 ratio, but in the last year, they began to play Switch even more than PS4. In fact, based on these numbers, the Switch has become even more popular than the PS4 was pre-pandemic.

Why? Before the launch of next-gen consoles, games like Animal Crossing and a backlog of franchise favorites made the Switch look like a far more appetizing deal. From March to November, Nintendo dominated the landscape. VG Chartz reports that from February 2020 to 2021, the Switch outsold the PS4 by 7.78 million units.

It’s also worth noting that 5.5 percent of respondents scored a PS5 and another 2.3 percent scooped up an Xbox Series X or S, which accounts for some of the drop in previous-gen consoles.

1. What platforms did gamers buy in quarantine?

A huge number of people either bought a Nintendo Switch or purchased/upgraded a gaming PC.

“I seldom played games prior to the pandemic, but now I have a full-blown gaming PC,” one response reads. “I'm having a ball. Oh, also, I'm now 72 years old.”

More than half (51.9 percent) of all survey respondents did not purchase any new devices or consoles, but 44.5 percent did. Another 3.6 percent borrowed from friends or family.

That could have a lot to do with console scarcity. The Nintendo Switch remains a hard-to-find bestseller, and ever since launching in November, PS5 and Xbox Series X|S remain even more difficult to track down. But still, based on the increased number of gamers playing on these platforms and the number of respondents who said they invested in new tech, 1 out of every 5 people who took our poll bought either a Switch, PC, Xbox Series X|S, or a PS5.

The PS5 and Xbox Series X|S is likely to remain in high demand for the foreseeable future as gamers transition into the next generation. And recent rumors indicate an upgraded Nintendo Switch console may be in the works for later this year, so investments in the future of gaming will only be heating up in 2021.