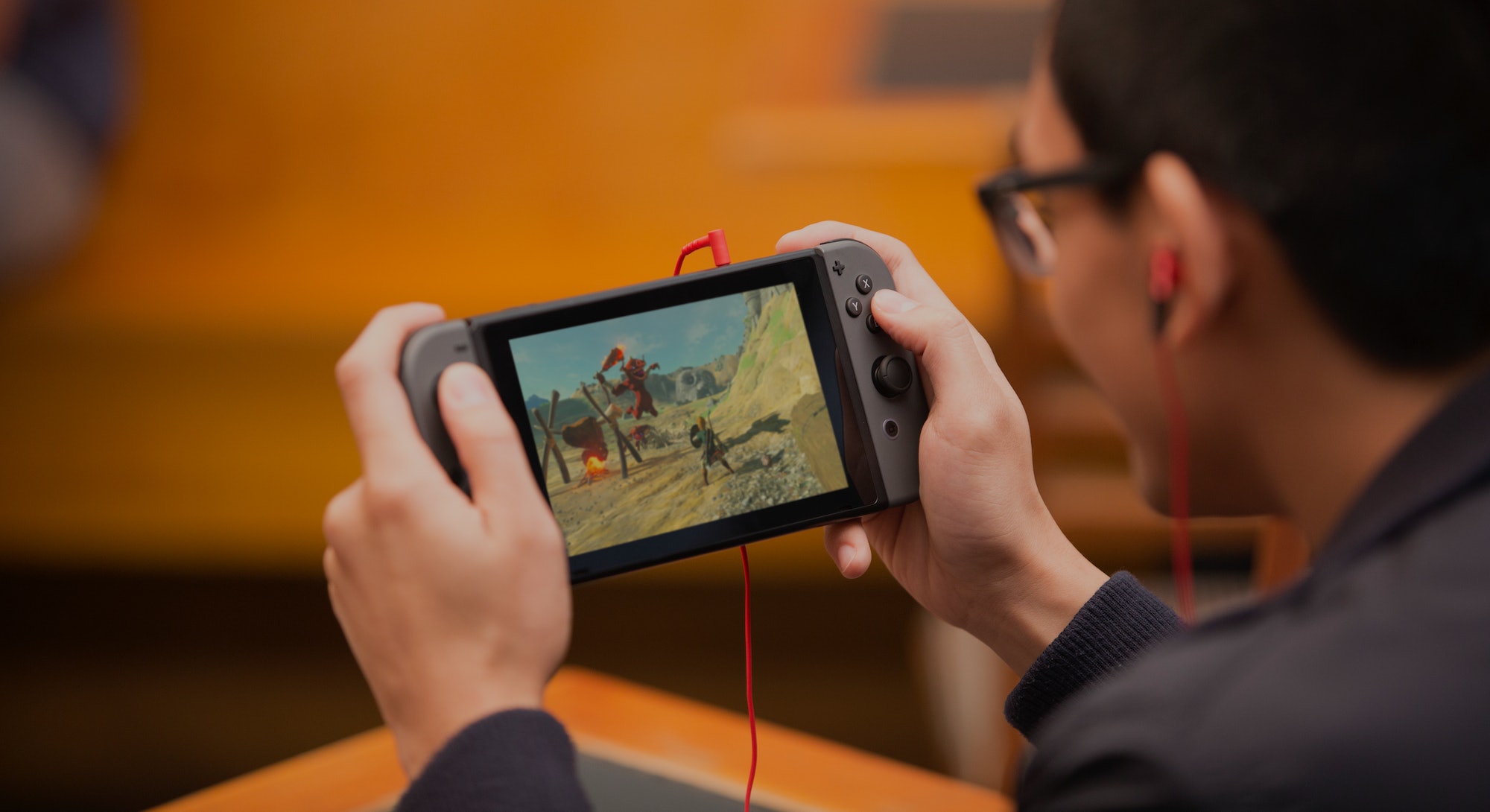 Nintendo’s plans for the second half of 2021 remain a mystery.

That's left fans to wonder if two of the company’s most hotly anticipated new releases will fill the blank spaces on the calendar. A 4K Nintendo Switch, which some fans and observers have colloquially named the Nintendo Switch Pro, has reportedly been in the works for years. Meanwhile, the sequel to The Legend of Zelda: Breath of the Wild has been largely MIA since it was first unveiled at E3 2019.

Demand for an enhanced Switch stems from the console being left in the dust by the top-spec visuals of rival consoles like PS5 and Xbox Series X. Nintendo has built a reputation for marching to the beat of its own drummer with unconventional offerings like the Wii and Nintendo Labo, and has a history of prioritizing accessible and family-friendly innovations over raw processing power. That's partly why the Switch Pro rumors are so intriguing — the prospect seems like a deviation from Nintendo's usual playbook.

Some observers assume Nintendo could be holding the Breath of the Wild sequel to launch alongside an upgraded Switch. But the regular Nintendo Switch continues to sell exceptionally well, nearing 80 million units sold. On March 3, the Switch’s fourth anniversary, Bloomberg reported Nintendo plans to announce an upgraded Switch model that supports 4K and has a Samsung OLED touchscreen later this year.

A previous report from Bloomberg suggested some highly anticipated Nintendo games could also be released around the upgraded system’s launch, bringing Breath of the Wild 2 back into question. Inverse spoke with two video game industry analysts to determine how likely Nintendo is to debut an upgraded Switch in 2021 and if Breath of the Wild’s sequel will launch alongside it.

Will Nintendo upgrade the Switch in 2021?

“Nintendo will be looking to continue the momentum from 2020 well into this year,” Omdia Senior Analyst George Jijiashvili tells Inverse. “If it manages to do that, then it will be more than content with the status quo.” Jijiashvili highlights that Nintendo sold over 27.4 million consoles in 2020 alone, which he notes is “truly impressive” for a console in the middle of its life cycle.

The prevalence of gaming in the Covid-19 pandemic and the launch of the hugely successful Animal Crossing: New Horizons spurred on a successful 2020. If this momentum continues, Nintendo may not want to disrupt those sales with the Switch Pro.

February 2020's Nintendo Direct came and went without any mention of the Switch Pro.

Newzoo’s Head of Market Analysis Candice Mudrick tells Inverse that Nintendo could instead rely on cloud gaming for high-spec titles one might otherwise need upgraded hardware to play.

“Nintendo can use cloud gaming, as it has done already on several occasions, as the pathway for Switch to handle bigger third party titles,” Mudrick explains. “They may keep using it for any big third party hit the Switch hardware can't handle.”

Jijiashvili points out that Covid-19-related production issues and supply chain constraints could impact any new Switch hardware's release window throughout 2021. While they agree a hardware upgrade isn’t a necessity for Nintendo at this time, both concede that competition for the Switch is stiffening following the release of PS5 and Xbox Series X|S.

“There's more than one incentive for Nintendo to release a new "Pro" Switch model,” Mudrick explains. “With improved display and resolution — as the reports suggest — Nintendo would be able to sell the upgrade to its dedicated audience that wants to enjoy Nintendo first-party titles looking as good as they could be.”

“At the same time, improved battery life and possibly faster response time would make the upgrade attractive for the group of players less interested in graphical fidelity as well, as Nintendo hasn't tried competing on that level with Sony and Microsoft for at least a decade,” Mudrick adds. With Bloomberg’s latest report, this approach seems more likely as the system can reach up to 4K docked.

“Depending on how the sales of the Switch pan out in the first half of 2021, we may see the “Switch Pro” announcement as early as the second half of this year,” Jijiashvili predicts.

What would an upgraded Switch mean for BOTW 2?

Defying what’s become a widespread assumption among Nintendo fans and games journalists alike, both Mudrick and Jijiashvili were hesitant to connect the inevitable launch of Breath of the Wild 2 to new Switch hardware at all, even if it would be a strong launch title.

“Releasing Breath of the Wild 2 with that upgrade, a 4K version would be one of the strongest titles that could best drive upgraded hardware sales,” Still, she stressed no official comments from Nintendo support that assumption.

This is the only The Legend of Zelda: Breath of the Wild 2 trailer.

“If the new Switch model is indeed confirmed, it'd be hard to imagine a situation where it wouldn't launch with (a) sequel(s) to one (or more) of Nintendo's most acclaimed franchises,” Mudrick concludes.

Jijiashvili contends it’s unlikely that Nintendo would delay or rush releasing the sequel to the 2017 blockbuster to sync up with a console upgrade. “Based on how Nintendo tends to operate, I believe it would release Breath of the Wild 2 when it thinks it’s ready, instead of syncing it up with a new hardware launch,” he says.

Nintendo has promised to reveal more about the new Zelda game later this year but still claims that it has no plans to announce a Switch hardware revision. As of now, analysts agree that Breath of the Wild 2 and the credibly rumored Nintendo Switch Pro don't directly connect just yet. Despite that, we hope we won’t have to wait too long to know more.

“Given the fact that Switch Lite exists, it is clear that Nintendo wants to capture different consumer segments with different SKUs of Switch,” Jijiashvili explains. “I believe there is a growing demand for an enhanced version of the Switch, so releasing one will be well worthwhile for Nintendo.”