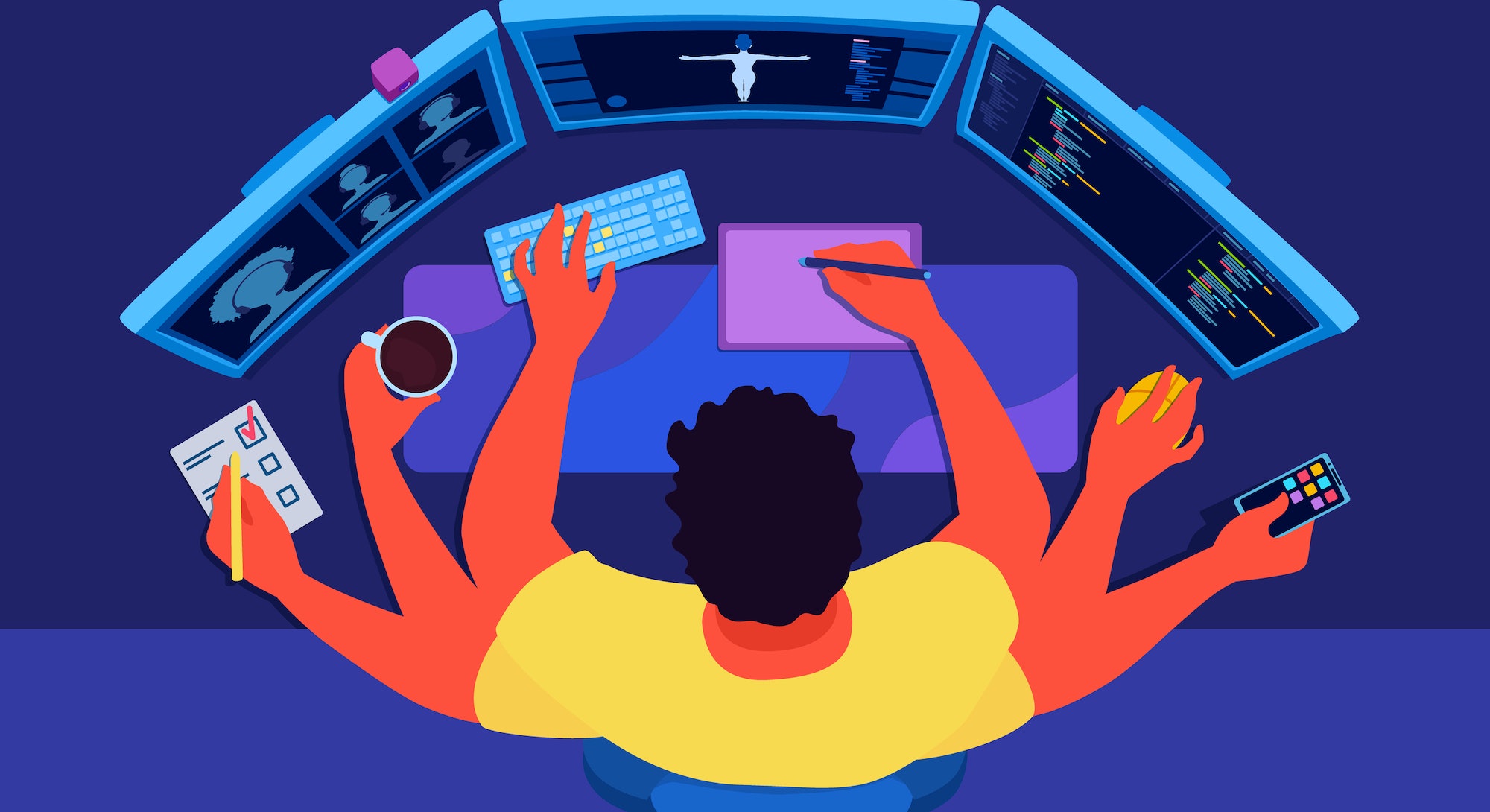 Our relationship to games changed drastically during the pandemic.

People were playing more as they filled gaps left in their lives during an era of social isolation. The habits of longtime gamers changed too, forcing many to reevaluate what kinds of games they play and what platforms they play on.

It’s not just personal gaming habits that have changed during the pandemic — making games has drastically changed too. Studios have been forced into remote development for the past year, which has been a pain point for the industry. That’s led to a string of high-profile game delays as developers struggle to wrangle giant projects together from afar.

Studios have been forced to adapt, just as players have. Inverse spoke to staff at seven studios about the challenges they faced over the past year. Communication posed the most immediate threat, but the issues ran even deeper. Rogue CEO Matt Casamassina noted that even getting projects funded was a challenge.

“The GDCs and E3s of the industry have been incredible sourcing grounds for publishers like Rogue, and nothing during the pandemic has successfully replaced those venues,” Casamassina tells Inverse. “They’ve left a void that we’ve had to work harder to fill.”

Against all odds, game makers found a way to make it work. That involved some clever problem-solving that embraced modern technology. It’s nothing short of a miracle that any games came out at all in the past year, all things considered.

Aside from technical challenges, there's a creative hurdle. You lose the hallway conversations. You lose the people sitting on a couch and discussing something for an hour or two. You miss the lunch conversations. All of that goes away and becomes scheduled instead of happening naturally.

We've done some things to help get back to that sort of culture. We've got all-day Zoom rooms where people can just go and hang out. We've got a Discord where developers just hang out with no particular agenda in mind. It's almost like sitting together remotely. That helped us get back to a healthy place, but we weren't doing those things on day one. We had to learn how to get back to that.

Being remote has made it much harder for the team to collaborate directly, which has always been a big part of how we make games. Traditionally, Harmonix has designed and built games using a very iterative process. We have social build reviews where the team reacts to prototypes, new features, new art, or whatever. The move to remote has made that aspect of our process difficult.

The flip side is that most people are in fewer meetings and have more time to focus on the work. In some ways, the emotional impact has been harder to manage – personally, I miss being in the office with the team.

We’ve been a fairly flexible company when it comes to remote work for a long time, so most of our day-to-day publishing operations remain intact. We still meet with our development partners on the regular over video conference. We’ve got very busy channels on Slack. Our game design team can work anywhere. Our marketing team can work anywhere.

I believe great publishers start with great business development and the pandemic has really limited game discovery. Yes, we still get loads of inbounds and our BD team still chases down really cool games. There’s nothing quite like a gaming conference, though. Thousands of developers gathered in one spot, all showing off their latest and greatest. The GDCs and E3s of the industry have been incredible sourcing grounds for publishers like Rogue, and nothing during the pandemic has successfully replaced those venues. They’ve left a void that we’ve had to work harder to fill.

It's actually become much more collaborative. At least in my experience, software engineers hate meetings, we just don't like to go to meetings, they feel like a waste of time unless every little bit of information is worthwhile.

When we started working remotely, software engineers could be in meetings and be coding too. There were times that in meetings where we would find a bug, we'd be looking at a stream on Discord. If we were in the office, we'd make notes, then go back to our desks and fix it. But before the meeting was over, the software engineer was like, “I fixed that one. I fixed that one too.” So for people who want to multitask, remote work was immediately effective.

Initially, our first concern was for the health and safety of our employees and their families, and is still our priority today. Once we knew everyone was secure at home, the biggest challenges we faced included relocating the equipment and systems necessary for creating games, and making it possible for our teams to continue work based on licensed IP that otherwise can only be worked on in the office.

We focused on ensuring all teams had open communication from the top down every day. Weekly team meetings and 1:1s continued just as before. It was an easy transition and our teams are operating just as strongly as they always have - which has been key because much like the rest of the video game industry, Aspyr has experienced incredible growth due to stay-at-home orders resulting in more people playing games.

As a studio, we weren’t very inclined to do remote work in the past. We felt there was a good value in having people be together in the office. Naturally that changes and we adapted quite well, but the main aspect for us as a studio that’s focused on VR development was the lack of playtesting. We couldn’t have anyone come into the office. We couldn’t send them an NDA build. You can’t do Parsec VR gaming. All of these things are not possible.

It was something that was very hard to adjust to, not being able to meet potential players, or try to get them to do playtesting sessions. Now that the game has been announced, it was easier to search around the Montreal vicinity for local gamers, have them play, and stream their screen to us.

For me, I started being extremely deliberate on my transitions between working and gaming. Since I game and work in the same space I started walking away from my desk for at least five minutes before transitioning to "after-work gaming mode"

Sometimes, it’s easy to take for granted how much work goes into creating video games. They are massively complex projects that require so many moving parts to come together. It’s hard enough to juggle that as is, but the strain of doing it all remotely feels nearly impossible.

The fact that developers were able to fight through that and still work on their games from home stands as a testament to our ability to adapt. Without that patience and perseverance, the past year could have been a lot more difficult to trudge through than it already was.