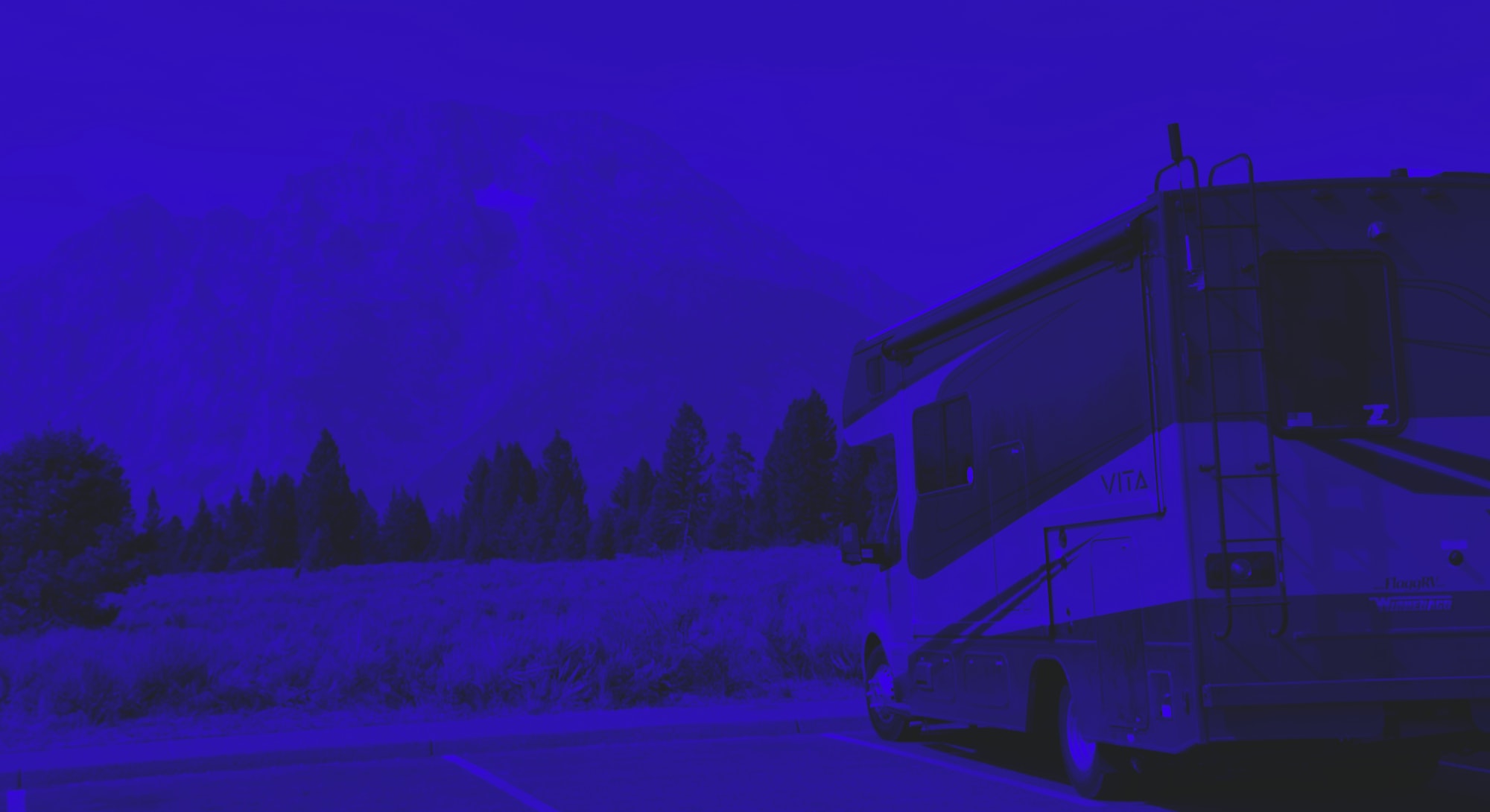 Kyle Boreing’s 2020 family vacation was all planned out at the beginning of the year.

The family’s first trip with their kids, 13-, 11- and 9-year-old boys, would bring them to Disney World, where they’d enjoy a character dinner, among other activities.

“We put down the deposit, had everything ready to go, then everything shut down,” Boreing tells Inverse. “Between March and June, we crossed our fingers and hoped to make the Disney trip. But as time went on, it was clear we weren’t going to be able to do the things we wanted, so we decided to take the refund.”

But the Boreings would still take their 2020 vacation, just not as they originally imagined it. In July, the family flew from Cincinnati to Arizona and rented a recreational vehicle (RV) to visit that state’s and Utah’s famous parks, including the Grand Canyon, Bryce Canyon, Zion National Park, Monument Valley, Capitol Reef, and the Arches.

Renting an RV “gives you an opportunity to hit the road and see things you wouldn’t see,” Boreing says. “One of the perks of an RV is we don’t have to stop to take a bio break or when someone gets hungry. We can throw something in the microwave or someone can go to the bathroom. You’re pretty much self-contained.”

The 10-day trip was the family’s first time traveling in an RV, but the Boreings were far from alone in taking an RV vacation in 2020. As the pandemic saw many flights canceled and attractions closed while people avoided crowded areas, people created their own vacations from the safety of an RV, taking advantage of the open road in the safety and comfort of a self-contained vehicle.

The RV industry has reason to further celebrate. According to a survey conducted in November, 61 million Americans planned to travel in an RV within the next 12 months, compared to 46 million who said the same in May. The industry also projects a nearly 20 percent boost in annual sales: 502,582 units in 2021 compared to a projected 423,628 total in 2020.

“Even before the pandemic, many people, and increasingly younger people, had been turning to RVs as a way to get out and live an active outdoor lifestyle,” says Monika Geraci, director of PR and communications at RV Industry Association. “With the onset of the pandemic, many people who were aware of RVs but maybe hadn’t ever considered RVing were now turning to them as a way to get out of the house and still have their vacations in a responsible and socially distant way.”

Many of these first-time RV users turned to Outdoorsy, an RV rental site founded in 2015. The company had its biggest year ever in 2020, seeing a 400 percent increase in bookings from the year before, according to its CMO and co-founder, Jen Young. Ninety percent of Outdoorsy’s visitors hadn’t previously traveled in an RV, camper, or travel trailer.

“It is undeniable that the factors surrounding Covid, where you have to socially distance and limit your own footprint, pushed a ton of new consumers to RVs, because it’s perfect for anyone to still travel within a pandemic,” Young says. “You can have a full-size refrigerator, running water, a bathroom, and at least a full-size bed. It’s a dream to allow people to travel with all the appliances, but you get the benefit of time spent outdoors.”

“When life gave us lemons and the vacation we planned didn’t work out, we made lemonade.”

These aspects of RV travel made it attractive to Katey Stanley, a content creator, blogger, and mother of three children, ages 6, 4, and 2. The Morristown, NJ-based family rented an RV on Dec. 27 in Hamburg, Penn. through Outdoorsy and drove to Battleboro, NC.

“We made all the kids’ meals in the RV with the microwave,” she says. “We didn’t want to make stops and go to public bathrooms. We didn’t want to fly because our boys have asthma. Our little one probably couldn’t keep the mask on.”

The Stanleys’ two-week trip saw them staying at Airbnbs — including one at a Battleboro horse farm — and visiting the regions’ hiking trails. They also saw the islands off the Carolinas and Georgia, such as Jekyll Island, which during January and February hosts a scavenger hunt for globes across the island. The Stanleys snagged one, winning a handcrafted glass float.

“We don’t have to stop," Stanley says. "The kids watch DVDs and sit around the table, color, eat and do workbooks.”

Sandy Pellegrine, a Foxborough, Mass.-based LPN and owner of Right at Home Norfolk, also saw her travel plans fall through in 2020. She and her husband already planned to purchase an RV when they retired, so they bought a smaller one for a four-week trip across the country in September to visit Yellowstone National Park, Grand Teton, and Jackson Hole.

“Being a nurse and working with sick people, both my husband and I were done,” she says. “We chose a vacation that was out in nature so we could walk around outside and not be indoors with a lot of other people.”

Going forward, Pellegrine says she’ll choose to travel in an RV rather than fly. And since she owns her business, she and her husband can work from the road, a trend the RV Industry Association expects to flourish.

Still, there are downsides to RV travel -- namely, when you travel, it means big.

“The biggest downside to taking an RV trip is that you trade the convenience of having a place to stay for the convenience of being able to make a quick run somewhere,” Boreing says. “If we were parked for the evening, but decided to go into town, we either had to walk or, depending on the location, catch a shuttle. After a couple of days, we quickly realized why so many folks who own RVs tow a car behind them for easy on-location travel. It’s much easier to hop in a car and run to the store than it is to find a parking lot that can accommodate an RV.”

Stanley also experienced this issue. “We had to skip visiting Savannah altogether because the historic streets were not wide enough,” she says. “Be sure to book a vehicle that fits your journey's needs.” No matter what, with an RV “you move a little slower than a regular car, so if you’re not one to enjoy the journey book something smaller.”

Having such a big vehicle can also be daunting for people who have never driven them, putting a lot of stress on the single driver who does take the wheel.

“Planning for two or more drivers would give everyone a break to rest while still getting moving,” Stanley says.

And with such a big vehicle, a lot can go wrong.

“Most RVs are not made that well and our maiden voyage probably should have been a quick weekend near home to work the kinks out as opposed to a cross-country journey,” Pellegrine says. “We had quite a few issues on the road -- water hoses weren’t connected properly under the sinks which caused some water issues, plus a hole drilled in the underbelly of the unit that shouldn’t have been there. The other issue was spotty internet. Normally, if we were on vacation, it would have been welcome, but because we were working from the road, there were days that it made it difficult.”

Despite these drawbacks, Pellegrine, Stanley, and Boreing all say they’d recommend anyone taking an RV vacation as long as they research and loosely plan their trip beforehand. Stanley added that she’d even consider taking an RV for a short trip, such as going to an amusement park, because of the benefit of having a kitchen and bathroom.

“Not going on an airplane made it easier to sleep at night,” she says. “It’s invaluable in terms of the security of being isolated the whole time and being safe.”

It may not have been the vacation they were expecting, but these families enjoyed their experiences of traveling in an RV to see the country.

“When life gave us lemons and the vacation we planned didn’t work out,” Boreing says, “we made lemonade.”