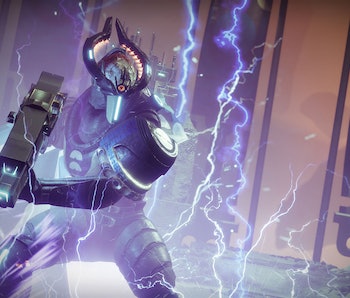 Brace for some bad news, Destiny 2 fans. The Witch Queen, which was slated to be 2021’s big expansion, has been delayed to 2022. Bungie noted that the COVID-19 pandemic is partially a factor in the delay, so it’s entirely understandable, but it’s still a blow to longtime players who are scrounging for content to play.

This will be the first year in quite some time that the franchise hasn’t gotten a large-scale release, which raises some serious concerns over how the live service game will fare in 2021. The game was already on unstable ground heading into the new year as Beyond Light vaulted tons of content, but now it looks like there will be even less to do.

Bungie does have a plan, though. To cushion the delay news, the developer revealed several new details about what’s coming to the game in 2021. It outlined some major changes that fans have been asking for, so not all hope is lost. Here are the big changes coming to Destiny 2 this year.

After a lot of waiting, crossplay is finally coming to Destiny 2. Bungie plans to beta test the feature throughout Season 14, aiming to launch it officially this fall alongside Season 15. This will finally allow PC and console players to coexist, though Bungie won’t be matchmaking those players together in Crucible.

It can’t be overstated how important this is to Destiny 2’s future. Cross-play has been a glaring omission for years, but it’s become especially problematic following new console launches. Gamers are split right now when it comes to where they play. Some went straight for new consoles to enjoy the game with next-gen upgrades, while others are perfectly content playing on PS4 and Xbox One. Meanwhile, PC players are off in their own world entirely and God help if you’re a Stadia player.

Cross-play will theoretically reinvigorate the game by allowing fans to play with more friends. Is it too late considering how many other games have cross-play at this point? Maybe, but implementing it is a necessity.

2. Vault of Glass in Destiny 2

For long-time players, the most exciting piece of content on the horizon is Vault of Glass. The 6-player raid was arguably the best piece of content in the first Destiny, requiring perfect coordination. When Bungie revealed Beyond Light last year, it announced that the raid would return eventually but didn’t give a firm release date. Now we know that’ll officially return sometime in Season 14.

Having another standout raid to play will be exciting in it’s own right, but Vault of Glass returning is largely symbolic. Bungie has struggled to deliver meaningful content over the past few years that made grinding worthwhile. Vault of Glass represents a return to a time where content was worth playing because it was fun, not because players had to to get good loot. The hope is that more Destiny content like that returns in the sequel and that Bungie’s design decisions moving forward harken back to that highlight.

Four months ago, Bungie introduced infusion caps into Destiny 2 as a way of shaking up the meta. The idea was that certain weapons and gear would cap out at a certain point, making them useless in high-level activities like Iron Banner. While the intention was to keep the meta fresh, fans quickly complained that limiting the number of tools they could use felt like a step backward.

The good news here is that Bungie is reversing course and removing infusion caps from the game. Bungie says that it still plans to find a way to shake up the meta, but concedes that the system just wasn’t working. That highlights one of the studio’s strengths that’s really kept the game afloat over the years: it listens to the community. Rather than doubling down on decisions fans dislike, Bungie is always quick to go back to the drawing board.

The infusion cap change is a signal that Bungie is still committed to giving its community the game it wants. Destiny 2 always seems to come crawling back from the depths because of that philosophy, so it doesn’t seem like the delay will be a death sentence, even if it is a momentum killer.