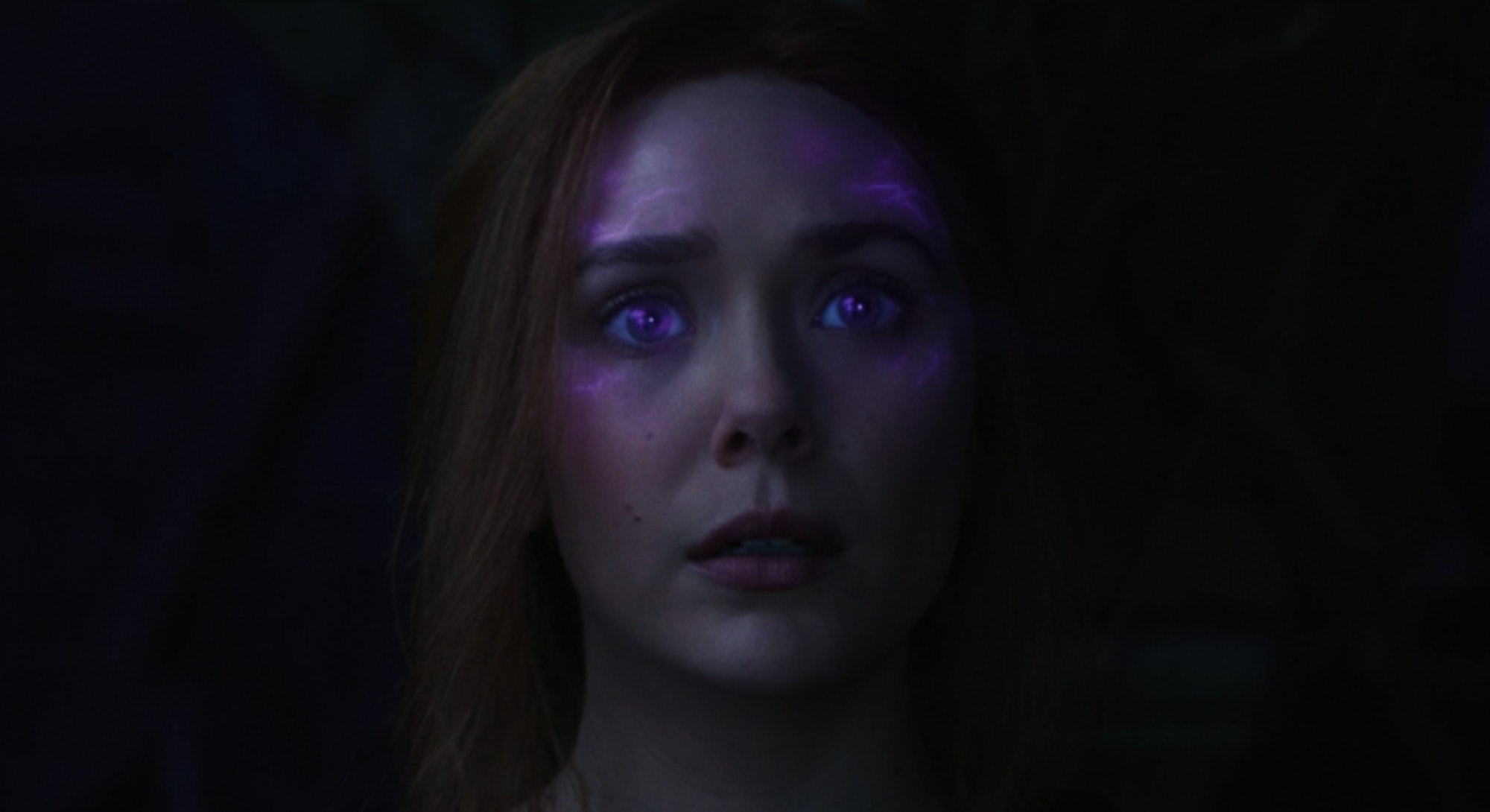 What's the scariest scene in the Marvel Cinematic Universe?

Is it the debut of Red Skull, cloaked in shadows during his portrait in Captain America: The First Avenger? Maybe it's the Vulture's threats to the boyish Peter Parker while taking his crush/Vulture's daughter to a school dance in Spider-Man: Homecoming? Or maybe it's the vanishing of literally half the universe at the end of Avengers: Infinity War?

No matter how terrifying those scenes were, and still are, they categorically aren't scary. The billion-dollar franchise has explored many genres, from spy thrillers to science fiction, but the one realm the MCU has not yet dared to go is horror. (And rom-coms.)

Despite the existence of other horror film franchises, including the Conjuring with its own MCU-esque approach to world-building, Marvel Studios has been allergic to a capital-H horror movie.

You can't blame it on Disney. While it's impossible to imagine the mega-studio making anything like, say, Hereditary, the studio has produced horror features under its former Dimension Films label, and even a few under actual Disney branding. One such movie is the 1980 film The Watcher in the Woods, pitched by producer Tom Leetch to Disney exec Ron Miller: "This could be our Exorcist." (Sadly, Watcher in the Woods is not on Disney+.)

Marvel's avoidance of horror is strange when you consider the comic publisher's many horror comics between the '60s and '80s. During the widespread Satanic Panic, when many a suburban mom threw out their kids' Dungeons & Dragons sets, Marvel unleashed onto its pages dark characters like Dracula, Werewolf by Night, Man-Thing, Ghost Rider, Son of Satan, Morbius, and more. Though Marvel is deeply associated with superheroes, it's done scares, too.

But a surprisingly spooky scene in this week's episode of WandaVision, the seventh episode titled "Breaking the Fourth Wall," is changing everything for the MCU. Though the scene in question is still contained to just the climax with no heart-attack-inducing jump scare, it's a harbinger foretelling exactly what kind of movie audiences will see in 2022's Doctor Strange in the Multiverse of Madness. And what's better: Marvel told us this from the very beginning.

In WandaVision, after a fight with Monica (Teyonah Parris), Wanda (Elizabeth Olsen) hangs out in the home of her nosy neighbor, Agnes (Kathryn Hahn, #GiveKathrynAnEmmy). But things begin to feel amiss when a creepy kids' show, a munching bunny, and a bug on a curtain generate uneasy feelings in Wanda. (With the fly, my Catholic senses started tingling towards Beelzebub, and I wondered whether the Mephisto theorists were right.) Entering the basement, Wanda finds a dungeon shrouded in tree roots, where an ominous book of spells — known as the Darkhold — lies waiting.

Thankfully, there isn't a "Boo!" moment for WandaVision. (I'm not sure if I can take to jump scares at 7:30 a.m.) Instead, it's just Agnes herself, waltzing into the room, rabbit-in-hand, and unmasking herself as Agatha Harkness, who has secretly spent the last six episodes being the cause of trouble in Wanda's sitcom sandbox.

"You didn't think you were the only magical girl in town, did you?" Agatha tells Wanda. "The name's Agatha Harkness. Lovely to finally meet you, dear." In the comics, Agatha is Wanda's biggest nemesis as Scarlet Witch, though she eventually becomes an ally and even Wanda's mentor in the mystic arts. (But that's much later down the road.)

The reveal of Agatha Harkness is significant for however much longer WandaVision has left to go. But the tone of Agatha's arrival has more far-reaching ripple effects for Marvel's future slate. WandaVision has long been confirmed to have direct ties with the 2022 movie Doctor Strange in the Multiverse of Madness, so much so that WandaVision is understood to be necessary viewing to understand the Benedict Cumberbatch solo sequel. (And yes, Elizabeth Olsen will return as Wanda in the movie.)

What's key is how Kevin Feige and then-director Scott Derrickson introduced Multiverse of Madness to the public. "We're going into the territory that drew me into the Doctor Strange comics in the first place, which is how they dipped into the gothic and the horrific," Derrickson said to a capacity crowd in Hall H at Comic-Con 2019. "We're going to make the first scary MCU film."

Despite Derrickson leaving Doctor Strange and a noticeable back-tracking from Feige that it will not be a scary movie but "a big MCU film with scary sequences in it," it's still apparent Multiverse of Madness will go where no MCU movie has gone before. The director who replaced Derrickson is Sam Raimi, who has unrivaled experience in superheroes and horror, and is more than capable of turning in a scary movie for a blockbuster universe. And not for nothing, but Raimi is well-versed in genre-bending stories around demonically possessed textbooks.

(And we can't even begin to figure out what the plans are for Morbius and Blade, as those horror-adjacent characters also make their way into the MCU for the first time.)

With just a couple more episodes left to go, surely WandaVision will inevitably solve the current conflict as Wanda accepts — or maybe doesn't accept — the reality that her beloved Vision is gone. But even when the final episode credits roll on WandaVision, fans know better than to think things are over. They're only just beginning, and they're going to be a lot stranger — and scarier, too.