'Helstrom' star on Marvel's dark side and Season 2 possibilities

"This is certainly the beginning of something bigger." 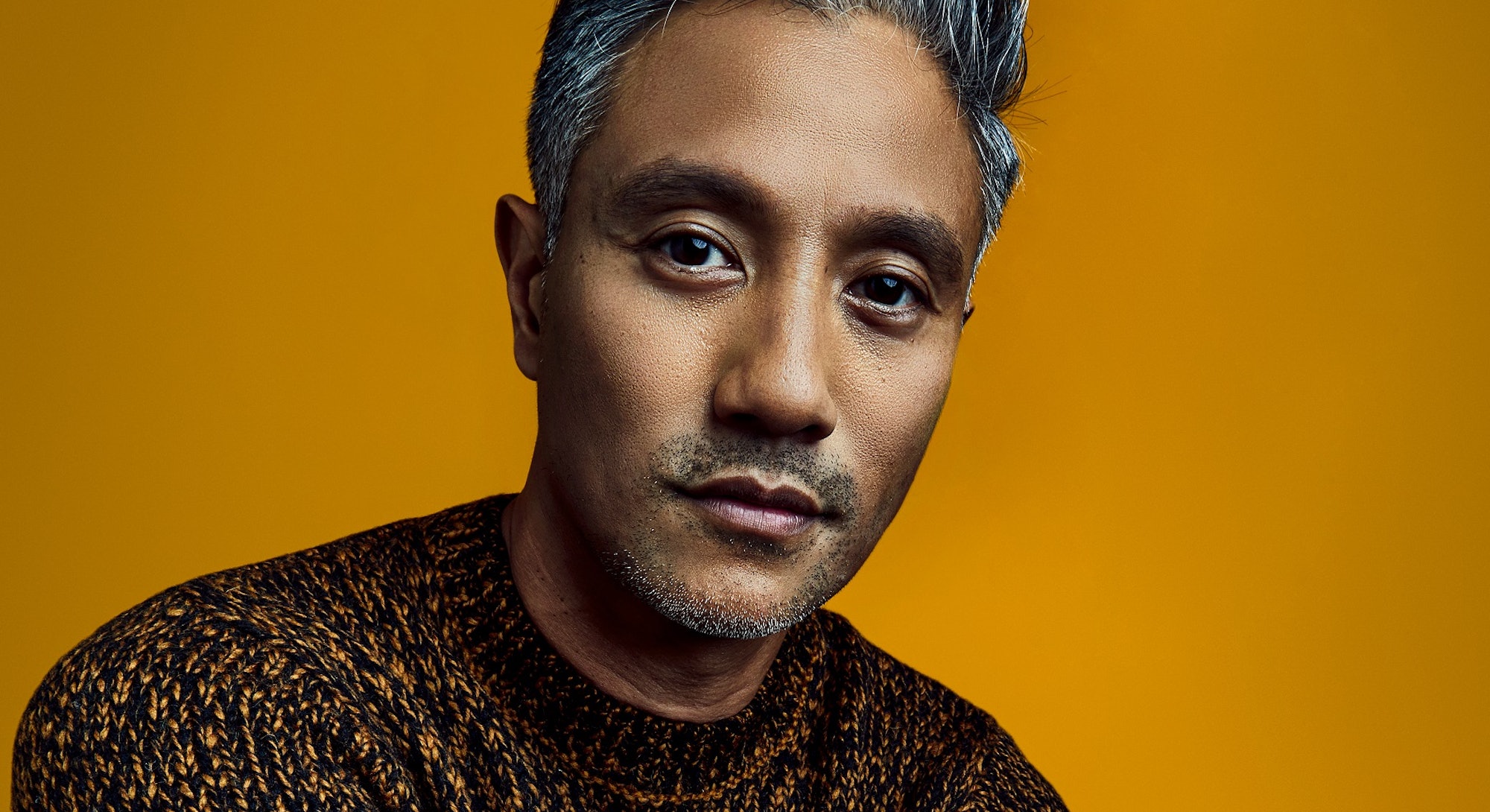 Helstrom's Alain Uy is diving headfirst in to the dark side of the Marvel Universe.

Helstrom follows Ana and Daimon Helstrom (Sydney Lemmon and Tom Austen), the children of a dangerous serial killer. Despite their differences, they're reunited by a string of supernatural occurrences. Uy plays Chris Yen, Ana Helstrom's business partner. He helps Ana auction antiquities and lures killers to her for judgement. Their unusual dynamic forms the basis for Helstrom's thoughtful meditation on the nature of good and evil.

It isn't long before Chris is drawn deeper into Ana's world, where possession, demons, and supernatural abilities converge. Inverse spoke with Uy about Chris' journey, his relationship to the Helstroms, and what makes Hulu's Marvel series different than the ones that came before it.

What about Helstrom sets it apart for you as an actor?

It's not often you get to play characters that are rich with history and relationships. When you come across a character like Chris, you have to cherish those moments. I was able to play some fun characters in the past, but this one just felt different. We all kind of went into this project not knowing exactly where the ride was going to take us. There's something very scary and frightening about that. At the same time, this is going to be a fun ride.

Helstrom is one of the last Marvel shows standing outside of Disney+. Is there any added pressure from that?

There's always pressure. Marvel is a huge brand. They have such high standards to reach everyone — a fan of Marvel comic books and also the TV shows and movies. There is an expectation there that it has to reach a certain bar. I don't know if it's anymore motivation or stress or worry. It's certainly something that I took seriously and took a lot of pride in. I'm very proud of what we created together as a family and as a team for the show.

How will Chris's involvement with Ana's demonic life impact him?

When we first meet Chris, he's in control of everything in his life — from the business with Anna to his personal life. Everything is in order, which is the complete opposite of his past. That's indicative of his constant struggle to allow himself that route to grow. He knew what Ana is capable of. As the season goes on, he starts to go in this little rabbit hole and kept Ana at arms length.

Will Chris follow Ana's path and question things he once believed?

Gabriella's character is coming from a very biblical way of looking at good versus evil. Then you've got somebody like Chris who is on the opposite side of that. It's a fine line that everyone dances — you could be both good and bad. As we go into the story, we all get sucked into this gravitational pull that is the Helstrom family — you can never get away from family and the trauma families go through. It permeates through every type of relationship you have. That's the thing that Chris, and in some ways Gabriella, is going through.

Chris was there for Ana when her brother was not. What will his relationship look like with Daimon?

Chris [and Ana] are working, we're making a ton of money and we're doing what we need to do, which is address the evils of the world, or at least what we see as evil and helping her out. In some ways Chris has some sort of envy or resentment towards Daimon. It certainly would allow that inherent conflict to arise between the two, since their worlds have now sort of smashed into each other.

Will we ever learn how Chris and Ana met and how their relationship evolved?

That's certainly something that unfolds organically as we venture into the latter part of the show. Whenever trauma happens in your life, that always rears its head. All the things we've run from or experienced in the past are always going to come back. So that relationship, that history with Ana, it's gonna come up.

Were there any particular challenges that you faced in the role?

The biggest challenge is the mythology, how big this world really is. I really did a deep dive on the comic books and other mythologies — stories of cults, scary monsters, and demons. The biggest challenge for me was that we weren't able to get all the scripts, or at least have an understanding of where the story arc was going to go. So we were kind of operating blind. But with that uncertainty also comes excitement.

I feel really bad for Chris' boyfriend. Is that relationship going to crash and burn?

It's one of those things where there's work life, but then there's personal life. Chris treated his relationship as work life. It's one of those things we all can all relate to — aside from the supernatural. He's a sweet, very supportive boyfriend. He just doesn't know the darker side of what Chris has been doing with Ana, or what Chris has to constantly juggle between protecting Ana and making sure that his boyfriend is shielded from that.

Will there be a Season 2?

There's always the hope of Season 2. It all really depends on the audience. What we have going for us is that this show is unlike any other Marvel show. The MCU is a fabulous world. There are so many nuanced segments of the world that haven't been touched. This is one of them. It's scary, and it deals with a lot of mature themes. That's something a lot of Marvel fans have been starving for, that variety of the universe. There's so much more worlds for us to explore... This is certainly the beginning of something bigger.

You founded a company. How did that get started?

Them Too is a company that I started about 10 years ago. My mission at the time was to make sure that I have a platform to create content or narratives through the lens of an Asian American experience. That's something that I'm very proud of being — not only just an actor, but a director, a producer, and a writer. Having that production company has allowed me to entertain other writers, other content creators who have an idea, but just don't have the means to produce something.