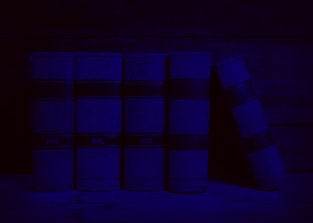 Let’s get into it below. I’m glad you’re here.

This is an adapted version of the Inverse Daily newsletter for April 15, 2021. Subscribe for free and earn rewards for reading every day in your inbox.

Scientists discover the secret to gigantic pterosaur flight — Pterosaurs' extremely long necks seem to be too fragile to capture large prey, but a new finding shows the unique vertebrae structure that made it possible, writes Bryan Lawver:

Pterosaurs — massive, winged reptiles more closely related to birds than modern lizards — are some of the strangest animals known to science.

Pterosaurs of the Azhdarchidae family (known as azhdarchids) had necks longer than those of giraffes.

Before now it was unclear how the thin bones required for flight could support the weight of their heads, especially when they were capturing prey.

Aren’t young people supposed to be less likely to have serious cases of Covid-19? Aren’t we vaccinating more people, which means cases should be going down? Does this have anything to do with the variants?

The answer to all three questions is yes.

What if our search for aliens goes horribly wrong? — We are inching closer in our hunt for extraterrestrial life, but some think we should pump the brakes, reports Passant Rabie:

As we inch closer in our search for extraterrestrial life that may exist on another planet, some are wary of making contact with alien civilizations, while others are welcoming of an interstellar teleconference.

“That’s why I think the chances are quite high that we may make contact with an alien civilization,” theoretical physicist Michio Kaku tells The Guardian in a recent interview. “There are some colleagues of mine that believe we should reach out to them. I think that’s a terrible idea.”

Therein lies the debate. To use the slang of text messaging, do we leave aliens on read?

The weird connection between exercise and antihistamines — Blocking one process in your body can dampen the benefits of exercise, writes Sophie Putka:

You might not associate an allergy attack or seasonal sniffles with a weekly workout — but a chemical in the body ties them together in one unexpected way, suggests new research.

New research has found that people given histamine blockers missed out on the long-term benefits of exercise after completing a workout regimen.

That wraps up this Thursday edition of Inverse Daily. I would like to thank you for reading so loyally! You can follow me on Twitter at @nicklucchesi, where I share some of my favorite stories from Inverse every day.

One more thing... Happy birthday to Arya and Hermione:

Two actresses who inhabit so much of what we think about when we envision on-screen fantasy stories share a birthday today. Maisie Williams, who played Arya Stark on the HBO series Game of Thrones, and Emma Watson, who played Hermione Granger in the Harry Potter film series, each mark the passage of another year today. (Watson turns 31; Williams 24.)