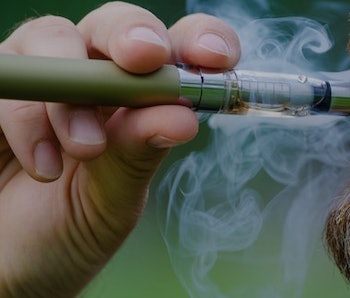 While I wonder if my iPhone is every truly secure from the prying eyes of law enforcement, let’s get you caught up on the most interesting stories about A.I., transportation, one thing more thing millennials are killing this week, and something innovative that happened a century ago today.

Please keep the feedback coming on how to make Inverse Daily better, and follow me on Twitter where I retweet the best of Inverse.

“There was an event … one that everyone could see.”

— Gerald Cecil, Ph.D., professor of physics and astronomy at the University of North Carolina.

Another thing Millennials are killing

Climate change deniers are losing the debate, as polls from the past few years have shown most Americans think climate change is a serious problem, that humans are contributing to it.

The millennial generation largely sees climate change as a major problem, and the people trying to convince them to deny the science are going to have a pretty tough time, says Joshua Howe, an associate professor of history and environmental studies at Reed College.

While just over half of people over the age of 55 say they’re worried about climate change, around 70 percent of millennials feel this way. And the Pew Research Center claims that millennial Republicans are “twice as likely as Republicans in the Baby Boomer or older generations to say the Earth is warming due to human activity.” Keep going.

Vaping may be worse than we thought

E-cigarettes could pose their own risks in the long-term, but they have been marketed as the safer alternative to smoking cigarettes. A new study doesn’t totally undermine that status, but it does link e-cigarettes to lung cancer — one of the major, defining reasons combustible cigarettes are so bad for you.

The research, conducted on mice, shows that nine out of 40 mice who were totally surrounded by nicotine-laden e-cig vapor got lung cancer. The team thinks that they got cancer because the mice sustained DNA damage that eventually allowed the cells in their lungs to become cancerous. Read the full story here.

Whether it’s from your next-door neighbor or Elon Musk, speculation about a robot uprising usually makes for interesting conversation. But according to researcher Dr. Stuart Russell, instead of fearing disobedience from our A.I. counterparts, we should instead fear that they might follow our commands a little too well.

Despite long-standing laws of robotics, such as Isaac Asimov’s laws that say an A.I. can not purposefully harm a human or themselves, enacting those values is trickier. When Russell was recently asked what would happen if a powerful climate controlling A.I. was asked to reduce CO2 levels, he said the easiest answer might be to eliminate humans. Keep reading.

I, for one, welcome our robot overlords:

Electric cars may have already reached a tipping point. Tesla CEO Elon Musk declared on Twitter over the weekend that “given how quickly the world is shifting to electric vehicles, a gas/diesel vehicle bought today will probably have low resale value.”

New data suggests he may not be wrong. Research shows the market has been flooded with used luxury European cars, as buyers scramble to purchase the Tesla Model 3. Electric cars are the cool new thing, and it’s pushing prices of older cars down.

Musk isn’t the first to suggest this shift is on the way. Electrek editor Fred Lambert told Inverse in July that by 2025, buyers would probably be unable to justify spending the money on a new gas-powered car. Research from Deloitte suggested in January that the costs of ownership could outpace a traditional car as early as 2021. As the electric car picks up speed, its momentum may have already settled the ongoing race. Read the full story.

You can put a price on it

You may hear a lot about how climate change is making natural disasters more damaging or more frequent, but what does that really mean?

New research puts it into terms that most of us can understand: cold hard cash.

By analyzing trends in the costs of natural disaster between 1970 and 2010, researchers saw that the cost of the most expensive damages from extreme weather has increased 20-fold, from approximately $500 million to $10 billion.

In other words, the worst damage from natural disasters got way worse over four decades. Most of this damage was seen in temperate regions, which aren’t usually considered to be as at-risk as tropical areas. Here’s why.

A cool thing that happened 100 years ago

On this day in 1919, the first-ever transcontinental air race took place. Some 63 airplanes took part in the 5,400-mile round-trip competition from San Francisco to New York. U.S. Army Air Service Lieutenant Belvin Maynard was the winner, completing the there-and-back journey in nine days, four hours, 25 minutes, and 12 seconds. There was some controversy over who actually won, but history remembers Maynard.

The New York Times observed at the time: “He had set a high mark for American aviation, and the echoes of his achievement will be some time dying down. The skill, pluck, perseverance, resourcefulness he had shown had made his name a household word. And the worth of it all to American aeronautics is not to be lightly estimated.”

That’s it for this Tuesday edition of Inverse Daily!

May you too possess skill, pluck, and perseverance to make your name household word.

More like this
Science
6.16.2022 10:00 AM
Climate change and air pollution are wrecking children’s health, a landmark review reveals
By Tara Yarlagadda
Science
6.26.2022 11:00 PM
The powerhouse of the cell has a more complicated origin than we thought
By Viviane Callier and Knowable Magazine
Science
11 hours ago
Scientists think gut probiotics might help treat depression
By Steph Lee
Related Tags
Share: