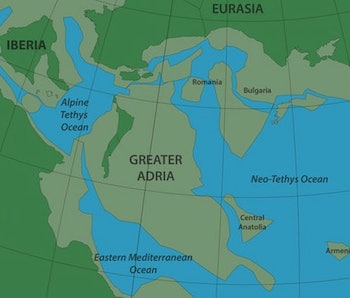 Hello everyone! Welcome to Inverse Daily — on behalf of the team, we’re delighted you’re here.

“This pattern of findings may be explained by a number of potential mechanisms, including exposure to cyberbullying, poor-quality sleep, or exposure to idealized self-presentations.”

Shot Through the Heart

Every year in the United States about 735,000 Americans have a heart attack. As of now, there’s not much doctors can do to repair the resulting damage a heart attack inflicts on cardiac tissue. However, that might not always be the case because of a newly tested treatment that almost seems more science fiction than science.

What happened? Researchers took connective tissue from the hearts of pigs, crushed it up, liquefied it, and injected it into people who had heart attacks anywhere between two months and three years prior. And in turn, an FDA-approved Phase I trial, usually the phase meant to ensure that a new treatment is safe, showed that some patients actually improved after receiving this experimental therapy.

Since adults over 45 have a 20 percent chance of having another heart attack within five years of their first one, this new treatment could be a great way to help heal their damaged hearts and ensure a smooth recovery. Interested in not getting to the be-injected-with-pig-hearts stage? A nutritious diet complete with a full breakfast and paired with regular exercise is a good place to start.

Click here to learn about the future of healthcare.

Back in 2017, scientists announced the existence of an eighth continent they called Zealandia. The reason its existence came as a surprise is because it’s 94 percent submerged beneath the sea, stuck somewhere between Australia and New Zealand. Zealandia is hypothesized to be a slice of Gondwana, a supercontinent that existed until about 180 million years ago.

Now, scientists are excited about a new chunk of Gondwana that’s able to be seen in modern times, called Greater Adria. This lost continent isn’t somewhere in the sea. Instead, it’s underneath Europe. You can see it, but you could miss it. Today, Greater Adria’s visible existence is limited to the limestone rocks that speckle the mountain ranges of southern Europe.

Greater Adria has been largely a mystery, but in a new study scientists determine how exactly the lost continent became, well, lost. After 10 years of collecting data, the team concluded that about 100 to 120 million years ago, the Greenland-sized piece of crust spun counterclockwise into Europe, inducing a tectonic collision that — ever so slowly — shattered its crust and drove it deep into Earth’s mantle.

Discover how you can see a lost continent on your next vacation.

The earliest reference in academic literature to “conversion therapy” — the discredited practice that falsely claims it’s possible to change a person’s sexual orientation or gender identity or expression — is from the 1890s. Now, nearly 130 years later, the practice has been rejected by mainstream medical and mental health organizations as ethical and ineffective. At the same time, it’s currently legal in 32 states.

According to a new study on the repercussions attached to conversion therapy, the evidence that the practice is incredibly harmful is so conclusive that it’s time for legislative action in the states where it remains legal. A survey on nearly 200,000 transgender people revealed that gender conversion efforts are associated with an increased likelihood of poor mental health outcomes, including suicide attempts. This is especially true if the individual underwent “gender identity conversion therapy” before the age of 10.

“In our work implementing systems nationally for gender-affirming healthcare, it is unfortunately still very common to encounter practitioners who conduct gender identity conversion efforts,” senior author Alex Keuroghlian, MD, explained to me. “Thus it is critical for practitioners and community members to understand that these efforts are associated with significantly increased risk of suicide attempts.”

Learn more about this landmark study on Inverse.

An Omega for Omega-3?

Algae are small but mighty, responsible for synthesizing most of the world’s docosahexaenoic acid. The plants provide DHA to fish and sea creatures, many of which end up on the plates of seafood lovers everywhere. But algae are particularly sensitive to changes in ambient temperature — and warmer waters have already started disrupting algae’s DHA synthesis.

Ali Pattillo reports on a new study predicts that by the year 2100, 96 percent of the global population may not have sufficient access to a DHA, the naturally occurring essential brain-building omega-3 fatty acid. That’s the worst-case scenario, if global warming continues unabated.

Here’s why you don’t need to stock up just yet, though.

The more you know.

In a study of artists who were born without hands and use their toes to paint, brain scans revealed that their toes were linked to the area of the brain normally linked to fingers. What’s more, the foot area of the brain was divided into regions for each toe, whereas humans usually only have one general area for the foot.

This just goes to show how good the brain is at adapting to changes and reshaping how it communicates with itself and with the body in response to unique life circumstances.

Find out more about the brain’s extraordinary ability to adapt.

Today, that’s the announcement that scientists were able to successfully create two northern rhino embryos. That’s a big deal because northern white rhinos are nearly extinct: In March 2018, the world’s last male, Sudan, died, prompting questions about the survival of the species. These embryos were created with the frozen sperm of deceased males and fresh eggs collected from the two surviving females, proving that, with a little science, sometimes life can find a way.

Thanks for reading, everyone! I’m curious to know, has anyone here tried Omega-3 supplements? If you’d like to share your experience, email me at sarah.sloat@inverse.com.

In the meantime, I’ll be thinking about that time Inverse found out what happens when you get a lobster stoned.

More like this
Science
Jan. 23, 2023
Earth's inner core may have stopped spinning — study
By Jon Kelvey
Science
Jan. 24, 2023
Look: With a mouth full of teeth, this Pterosaur ate like a whale
By Jennifer Walter
Science
Jan. 22, 2023
Humans didn’t evolve to live in cold — our survival is a lesson in ingenuity
By The Conversation, Kyoko Yamaguchi and Laura Buck
LEARN SOMETHING NEW EVERY DAY.
Related Tags
Share: