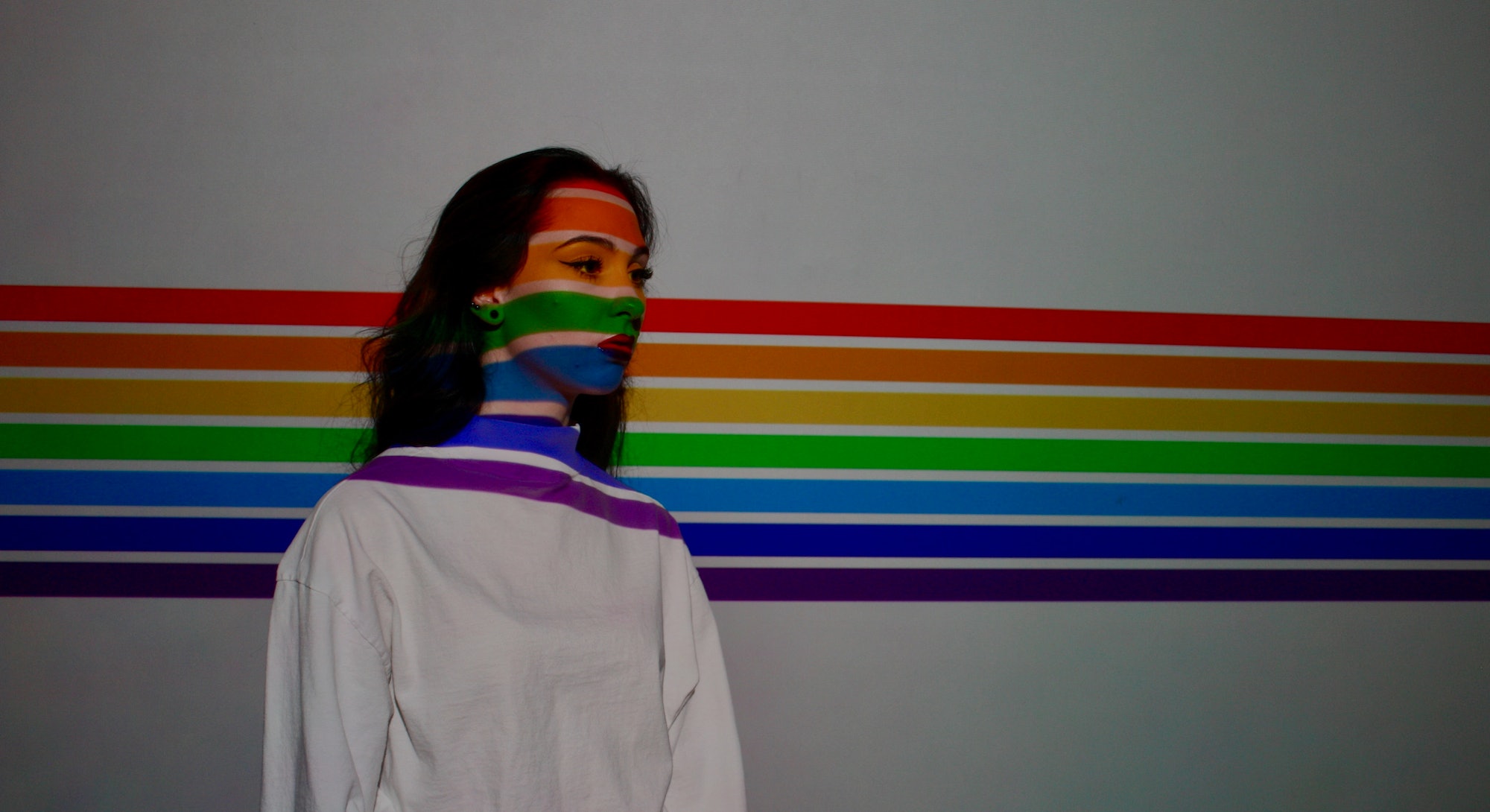 The biological factors that contribute to sexual preference are largely unknown, but we do know that these preferences exist. Across societies and sexes, about 2 to 10 percent of individuals report that they’ve had sex with same-sex partners, either exclusively or in addition to sex with opposite-sex partners. According to a study released Thursday in Science, there is a no single factor that can explain this consistent pattern, despite a recent scientific focus on explaining same-sex attraction with “gay genes.”

This phrasing goes back to a 1993 claim that the genetic marker Xq28 is linked to male homosexuality. That study was never replicated and continues to be debated. The topic of “gay genes” broke into mainstream news again in 2015, although once again, the phrasing was an oversimplification of what was found: Here the focus was epigenetics, and the claim was that homosexual men could be identified by how their genes are expressed, not by the genes themselves.

That study was also criticized.

The authors behind this new study, a large international team, attempt to go beyond their predecessors whose reports, they write, were “based on relatively small samples and did not meet current standards of genome-wide significance.” This research included genetic data from more than 470,000 people who consented to the research and involved two large collectors of genomic data, 23andMe and the UK Biobank. The scientists also performed replication analyses on three smaller datasets: the Molecular Genetic Study of Sexual Orientation and Add Health, which both included American participants, and the Child and Adolescent Twin Study, which included Swedish participants.

Accordingly, the authors note that they “only studied participants of European ancestry and from a few Western countries” so studies that involve a large sociocultural range of participants could reveal different insights. As is common in genetic analyses, the study also doesn’t include people whose biological sex and self-identified gender do not match, meaning the researchers excluded data from transgender and intersex individuals, a limitation that they hope “will be addressed in future work.”

Still, unique findings emerged on both the genetic and environmental levels. In the UK Biobank sample, 4.1 percent of males and 2.8 percent of females reported ever having had sex with someone from the same sex. Meanwhile, 18.9 percent of the 23andMe participants said they have had a same-sex partner. This “unusually high proportion” could be explained by the study setup: The 23andMe participants selected the survey on sexual orientation from a variety of surveys, and people who self-select to participate in a survey could be more likely to engage in whatever behavior it’s asking about. Meanwhile, the UK Biobank measure was more of a “check yes or no” sort of thing.

Genome-wide analyses revealed that only five genetic variants are “significantly” associated with same-sex behavior, while thousands more are possibly involved. All the tested genetic variants accounted for 8 to 25 percent of the variation in same-sex sexual behavior, and no clear patterns of genetic variants emerged. In turn, the authors conclude that genetics currently can not be used to meaningfully predict or identify a person’s sexual behavior. At best, because these variants are linked to sex hormones and olfaction, they are just “clues” linking back to what influences same-sex behavior.

“Our findings provide insights into the biological underpinnings of same-sex sexual behavor, but [they] also underscore the importance of resisting simplistic conclusions because the behavioral phenotypes are complex, because our genetic insights are rudimentary, and because there is a long history of misuing genetic results for social purposes,” first author Andrea Ganna, Ph.D., a research fellow at Harvard Medical School, explains.

Ultimately, Ganna and his colleagues write, “this finding suggests that on a genetic level, there is no single dimension from opposite-sex to same-sex preference.” The existence of dimensions goes back to the Kinsey scale, a research tool, used to measure sexual orientation, that posits that sexual orientation exists on a spectrum. This study claims that it’s possible that this popular measure of sexual orientation needs to be rethought: Instead of framing sexual preferences in a way that assumes being attracted to your sex and being attracted to the opposite sex are inversely related, the situation is more nuanced.

Instead of one gay gene, there could be thousands of biological factors that influence one’s sexuality. Or it’s possible that none of those factors influence a person’s choice when choosing a partner. The situation is nuanced and complex, and likely to remain in the gray.

“We wish to make it clear that our results overwhelmingly point toward the richness and diversity of human sexuality,” the scientists write. “Our results do not point toward a role for discrimination on the basis of sexual identity or attraction, nor do our results make any conclusive statements about the degree to which ‘nature’ and ‘nurture’ influence sexual preference.”

Results: In the discovery samples (UK Biobank and 23andMe), five autosomal loci were significantly associated with same-sex sexual behavior. Follow-up of these loci suggested links to biological pathways that involve sex hormone regulation and olfaction. Three of the loci were significant in a meta-analysis of smaller, independent replication samples. Although only a few loci passed the stringent statistical corrections for genome-wide multiple testing and were replicated in other samples, our analyses show that many loci underlie same-sex sexual behavior in both sexes. In aggregate, all tested genetic variants accounted for 8 to 25% of variation in male and female same-sex sexual behavior, and the genetic influences were positively but imperfectly correlated between the sexes [genetic correlation coefficient (rg)= 0.63; 95% confidence intervals, 0.48 to 0.78]. These aggregate genetic influences partly overlapped with those on a variety of other traits, including externalizing behaviors such as smoking, cannabis use, risk-taking, and the personality trait “openness to experience.” Additional analyses suggested that sexual behavior, attraction, identity, and fantasies are influenced by a similar set of genetic variants (rg > 0.83); however, the genetic effects that differentiate heterosexual from same-sex sexual behavior are not the same as those that differ among nonheterosexuals with lower versus higher proportions of same-sex partners, which suggests that there is no single continuum from opposite-sex to same-sex preference.

Conclusion: Same-sex sexual behavior is influenced by not one or a few genes but many. Overlap with genetic influences on other traits provides insights into the underlying biology of same-sex sexual behavior, and analysis of different aspects of sexual preference underscore its complexity and call into question the validity of bipolar continuum measures such as the Kinsey scale. Nevertheless, many uncertainties remain to be explored, including how sociocultural influences on sexual preference might interact with genetic influences. To help communicate our study to the broader public, we organized workshops in which representatives of the public, activists, and researchers discussed the rationale, results, and implications of our study.