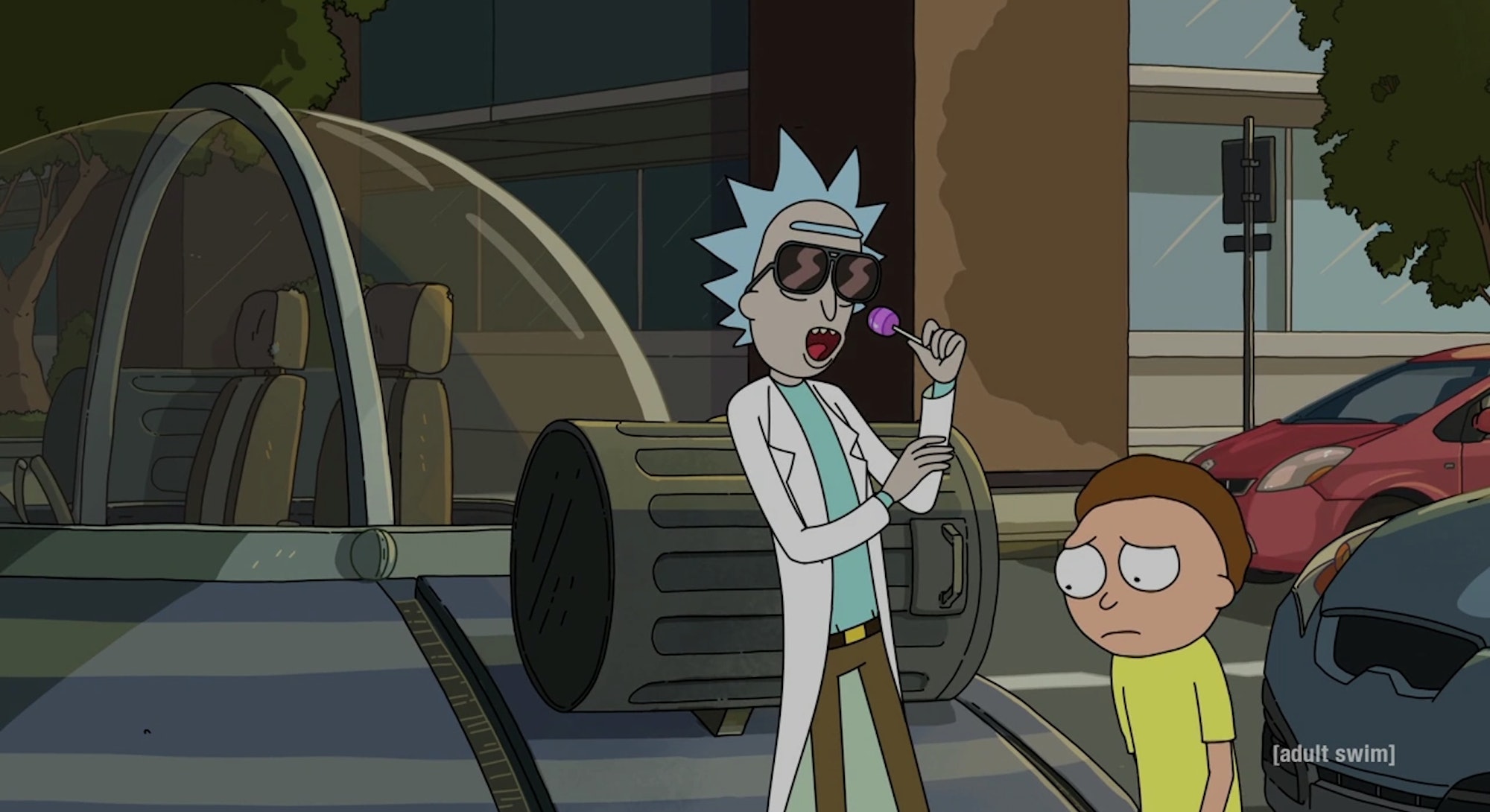 Years of verbal abuse and lies pale in comparison to the many dangerous situations Rick Sanchez has exposed his grandson to throughout Rick and Morty, but somehow, in one of Season 4's weakest episodes, Rick does something even worse to Morty than erasing his memories.

In Episode 3, "One Crew Over the Crewcoo's Morty,” Rick crushes Morty's dream of selling a heist movie script to Netflix by orchestrating an actual heist so exhausting and unfun that Morty — and the viewer by proxy — becomes disillusioned by the whole endeavor. There are so many enjoyable scenes and moments in this episode, but it's worse than the sum of its parts because the show's writers, and Rick, clearly have nothing but vitriol for the heist genre.

Whenever Rick and Morty goes all-in on a singular gimmick, such as the music-focused "Get Schwifty," every punchline feels the same. Things get dull and repetitive. Rick and Morty is often so much better than its heist parody, and it had been throughout much of Season 4 with brilliant episodes like the Story Train or Glorzo.

"One Crew Over the Crewcoo's Morty" is entertaining for a bit, but it burns out rather quickly, rebounds with high points like an excellent Mr. Poopybutthole cameo, and then goes off-the-rails in an unfunny way. In the end, Rick and a robot shout "I programmed YOU to believe that!" back and forth for two hours. That's it. That's the entire climax.

The episode kicks off with Morty and Rick casually raiding an ancient alien temple using overpowered defensive shields. Rick wants to use a gem located in the tomb to split tachyons for reasons unknown, but the treasure's already been stolen by Miles Knightley (Justin Theroux). He's a "heist artist" whose adventures, Rick says, are "60 percent putting a crew together and 40 percent revealing that the robbery already happened." So the pair venture to HeistCon, a fan convention for thieves, so that Rick can confront Miles.

In a silly, minute-long montage early on, Rick recruits a trio of oddball characters to join his crew just so he can use them to enter HeistCon as a so-called professional rather than a fan. (You need a crew for a professional badge!) In each of these vignettes set to swanky music, someone says, "You sonuvabitch! I'm in!" The first few times, it's a hilarious reference to the iconic scene from Predator where Arnold Schwarzenegger calls Carl Weathers a "sonuvabitch" before they grapple in the oft-memed "Epic Handshake."

“I hate heists so much, and the crew assemblies are the worst part!” - Rick Sanchez

All of Rick's crew assemblies are, despite his own protests, the best parts of the episode. This "sonuvabitch" line is also pretty funny at first, but a Heist-o-Tron robot Rick programmed to thwart Miles double-crosses Rick instead and drives the joke into the ground. It wants to assimilate all of sentient life into its "never-ending assembly of a meaningless crew." The robot starts out by hypnotizing all of the HeistCon attendees into saying "You sonuvabitch...I'm in..." in a monotone voice. Even Morty says it a couple of times like a brainless husk. It's as if the writers know exactly how dull it's getting and anyone who actually likes this kind of stuff is a brainless husk themselves.

Altogether, these "sonuvabitch" scenes take up around 7 or 8 percent of the entire episode. It feels like Rick and Morty is beating a dead horse — and Dan Harmon thought that horse was really stupid to begin with.

"I'll be the first to say: I don't think you should make episodes based on your hatred of something," Dan Harmon says in an Inside the Episode interview, while admitting his contempt for heist stories. "I just think it's ironic that the heist genre steals so much money from culture."

"One Crew Over the Crewcoo's Morty” is actually a pretty good heist story, but the problem is that heist stories are inherently bad narratives.

Much of the writing from Caitie Delaney is solid, and individual scenes — like the reintroduction of Mr. Poopybutthole in one of the season's best action sequences — are nothing short of brilliant. But a supposedly "good" heist story always relies on obfuscating information from the viewer, pulling the wool over their eyes for a series of bewildering reveals.

For a show that's been memed for making its audience feel smart, this is an intentionally dumb episode that, like most heist movies, seemingly wants to make you feel a bit stupid in an unfair way. A whodunnit like Knives Out is brilliant because the truth is hiding in plain sight, and the big twists feel fair and earned. Nothing in any heist movie ever feels like that.

The whole point here is to satire just how bad heist movies are by iterating upon every known stereotype in the book, but "One Crew Over the Crewcoo's Morty” feels more like a lowbrow parody than smart satire. There are offscreen body-swaps we couldn't possibly know about, flashbacks that retcon heisty machinations happening elsewhere, heists happening within heists, several double-crosses, and plenty of slick gadgets and weird misdirects that don't make sense at all. They give Elon Musk tusks just because the words rhyme.

The episode unleashes a chaotic series of big reveals that we couldn't possibly know about when it's all intentionally hidden from us. "All of this is so dumb and pointless," the episode seems to say. Which is about as blunt as the Heist-o-Tron's first big heist: Delivering a continent-sized "pizza" that destroys an entire planet.

The episode's title is a strange nod to One Flew Over the Cuckoo's Nest, a beloved 1975 film where Jack Nicholson plays a rebellious criminal who gets transferred to a mental institution and is disappointed to find life is difficult there. You'd think this Rick and Morty episode might resemble or reference that story in some fashion, but that's the first big trick that gets pulled. The show's episode titles rarely make sense, but in this case, it feels like Rick just pushed us down the stairs pantsless and now he's laughing at us.

What we get is more of a National Treasure and Oceans 11 sci-fi parody rolled into a chaotic, wacky story full of fun cameos, a great Predator reference that burns out very quickly, and a hilarious final twist at Netflix's expense. But there's little else of interest here.

On some level, that's the point of the whole thing: To lampoon the heist genre and make it seem lame? But when the result is an unusually unfun episode of Rick and Morty, why even bother

The Rick and Morty Ricktrospective series takes a critical look at every episode of Rick and Morty ever, working backward from the worst to the best. Join us as we search for finite meaning in an inherently meaningless infinite universe.