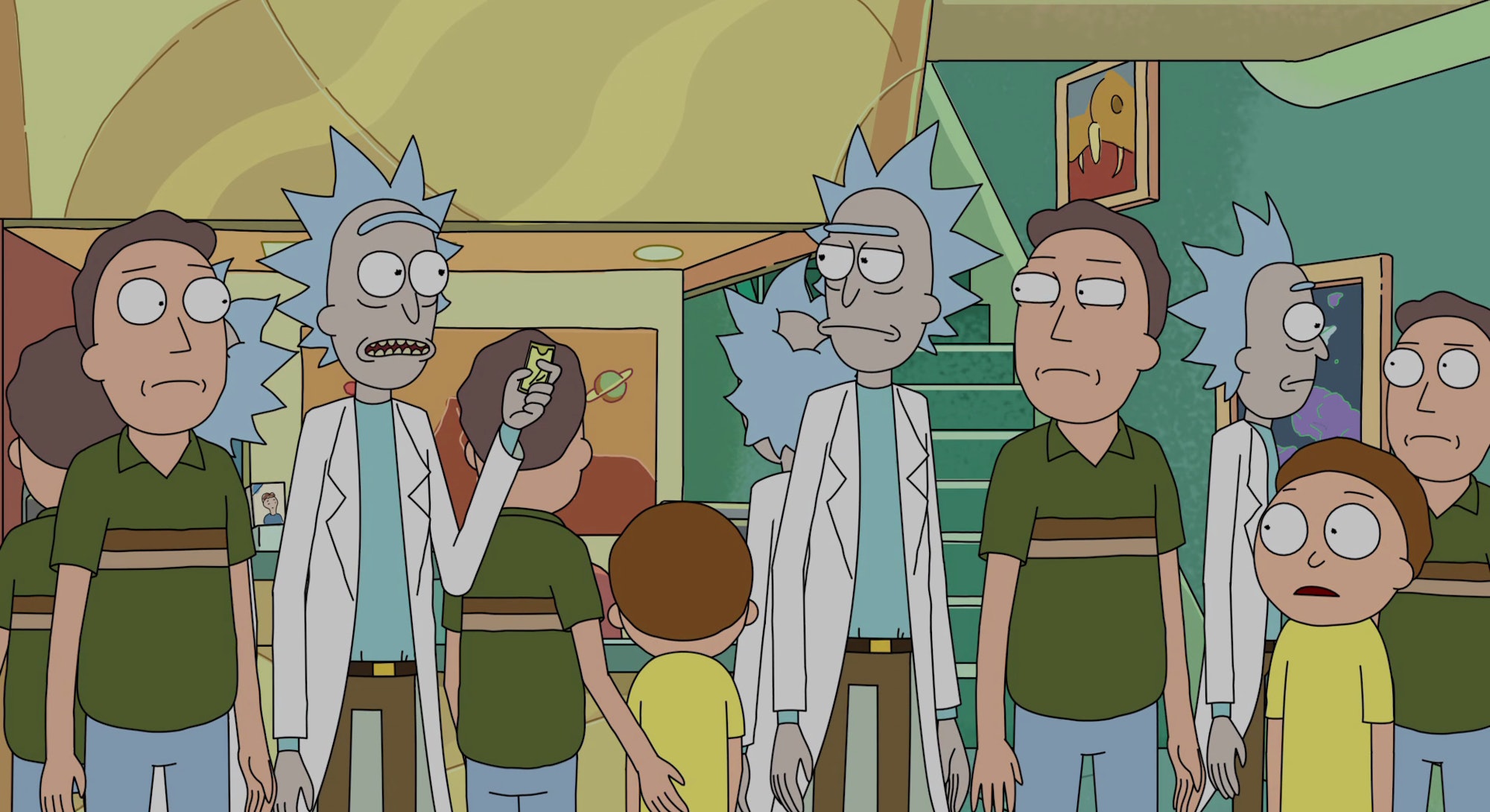 Aside from showcasing some of Rick and Morty’s most memorable scenes and characters ever, Season 2’s “Mortynight Run” also spawned one of the show’s most important and multiverse-changing fan theories — and unlike most fan theories, this one’s probably true.

They call it Ticket Theory.

Season 2’s second episode, “Mortynight Run,” follows “A Rickle in Time,” a middling story with testicle monsters and fractured time. “Mortynight Run,” however, proved that Rick and Morty could still balance a compelling story with character development and a staggering number of great jokes per minute. Not only is this one of the most important episodes ever in terms of Morty’s character development, but it features memorable bits like the Roy: A Life Well Lived video game and unforgettable characters like Gearhead, Krombopulos Michael, and the sentient gas cloud Rick names Fart.

Morty spends the episode judging his grandfather for selling high-tech weapons to the cheery assassin Krombopulos Michael, but when Morty tries to save Michael’s target, Fart, Morty winds up getting tons of people killed. Ultimately, Morty is forced to kill Fart himself because the cloud intends to destroy “all carbon-based life forms.” He does the deed with the very same anti-matter gun he chastised Rick for selling to begin with.

It’s a convoluted and totally ironic plot construction made to make Morty look like an idiot, and it does so in hilarious, cyclical fashion. “Mortynight Run,” therefore, becomes one of the key Rick and Morty episodes in showcasing the philosophy of comedic nihilism.

Morty’s noble intentions and do-gooder attitude are rendered meaningless in an infinite, dangerous universe. When existence itself becomes pointless, so does taking anything seriously. This is the crux of what this show is about. Rick’s approach to life is to participate wholeheartedly, indulgently, and without remorse. He’ll do anything to survive, and he has no qualms using drugs, alcohol, or video games at an alien arcade to dull the misery and pain of existence.

“Mortynight Run” has all of this excellent stuff going for it, and we haven’t even addressed yet the incredibly amusing B-plot that leads to the greatest Rick and Morty fan theory of all time.

In the first scene of “Mortynight Run,” Rick is teaching Morty how to drive his car in space, and it takes them almost a full 30 seconds before they realize Jerry is sitting in the back seat. (A fantastic joke, by the way.) This upsets Rick, mainly because he’s busy and has to sell an illegal weapon to an assassin. There isn’t enough time to bring Jerry home, so instead, he drops him off at Jerryboree.

As you might imagine, this is a daycare for Jerries.

In true Jerry fashion, he’s immediately offended by the mere prospect of being treated with such utter contempt. But he quickly realizes that Jerryboree has everything he desires: There’s a Beth mascot that adores him, he’s around people that make him feel smart, and he can watch Midnight Run, one of his favorite movies, whenever he wants.

The fundamental premise of Jerryboree cashes in on Rick and Morty’s most valuable narrative resource: the multiverse. And nowhere is that made more apparent than in the aforementioned Ticket Theory.

Ticket Theory was first popularized in a YouTube video from The Save Point Guild called “The Secret of the Ticket.” The video is over 11 minutes long and needlessly picks apart inconsistencies in the show, so allow me to sum it up for you: We probably don’t see the same exact pair of Rick and Morty in every episode. Here’s why.

Rick’s in a rush when he drops his Jerry off at Jerryboree, and when filling out the form, he’s Rick C-137. He marks Jerry’s dimension as “N/A” because in “Rick Potion #9,” Morty and Rick C-137 transformed everyone living in their universe into Cronenberg monsters, often dubbed as the Replacement Dimension. The person at the desk gives them a ticket to claim their Jerry when they return, but it doesn’t say C-137. It says 5126.

At the end of the episode, when Morty and Rick try to claim their Jerry, Morty’s lost the ticket, and there’s a bit of confusion and Jerry-shuffling.

Why is Ticket Theory and “Mortynight Run” that important?

When Morty and Rick are about to leave to go pick Jerry up at the end of the episode, Rick picks up a bunch of green rocks with pink crystals. We see Rick dump these crystals into the trash two episodes later at the beginning of “Total Rickall,” one of the best episodes ever in which alien parasites implant false memories into the family. In that reality, an alien called Mr. Poopybutthole has known the family for years. We’re led to believe he’s one of these parasites, but at the end of that episode we learn that he’s real.

Essentially, this means most of Season 2 might’ve taken place in an alternate reality where Mr. Poopybutthole is a family friend. For the longest time, this fueled fan theories about how the show would get around Rick’s imprisonment by the Galactic Federation at the end of Season 2. That part of the theory obviously didn’t pan out, but these days, Ticket Theory remains an important reminder of just how many realities there are in which a Morty and a Rick might drop off a Jerry at daycare.