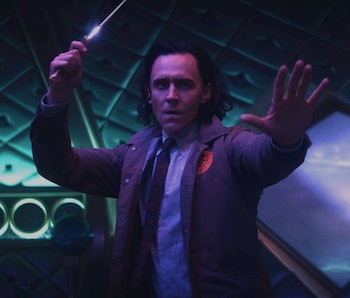 We didn’t get a post-credits scene, but Marvel fans got something even better: Loki Season 2.

In the final moments of Loki’s Season 1 finale, the Disney+ show tweaked its usual stylized credits to reveal one major detail: “Loki will return in Season 2.”

But what’s the release date for Loki Season 2? Who will return from the Season 1 cast? (And what new characters will join them?) Here’s everything we know, based on earlier leaks and a bit of speculation.

What is the Loki Season 2 release date?

We don’t know for sure. Marvel didn’t say when Loki Season 2 is coming, just that it’s coming eventually. However, we might have a pretty good idea.

We’ve actually known about Loki Season 2 for a while now. Back in November 2020, a listing on Production Weekly revealed that the sequel series was already in pre-production under the working title “Architect.” More importantly, the website revealed that filming for Loki Season 2 was set to begin in January 2022.

With that information (assuming it’s still accurate), we can make a pretty good guess at the Loki Season 2 release date. First, here’s a quick breakdown of the Loki Season 1 production timeline:

So the timeline from the start of filming to release was roughly 18 months. But if you factor in the pause for Covid, then it takes roughly 12 months to complete that process.

With all of this in mind, it’s fair to assume that Loki Season 2 will release in January 2023.

Interestingly, this also lines up surprisingly well with another major Marvel release with some direct connections to Loki Season 2. Ant-Man and the Wasp: Quantumania is set to premiere in February 2023. But to explain why that matters, we need to get into some Loki Season 1 finale spoilers.

Who’s in the Loki Season 2 cast?

We can probably assume that all our Season 1 favorites will return. That includes:

Hopefully, we’ll also see the return of some popular Loki variants, including Kid Loki, Alligator Loki, Boastful Loki, President Loki, and even Classic Loki (he may have “died” in Season 1, but when has that stopped a Loki before?).

It’s also possible other Marvel characters could show up. Doctor Strange (Benedict Cumberbatch) seems particularly likely given the clear connections between Loki and Doctor Strange in the Multiverse of Madness. But ultimately, anything is possible.

However, the most important addition to the Loki Season 2 cast will undoubtedly be Jonathan Majors as Kang the Conqueror. After months of speculation, the character was introduced in Loki’s Season 1 finale. And although he technically dies at the end, it’s pretty clear he’ll return in full force now that the multiverse has been freed.

Prepare for a whole lot more of Kang in Loki Season 2.

The ending of Season 1 makes it clear that Loki Season 2 will delve into a new multiversal war brought on by Sylvie’s decision to kill He Who Remains (aka, Kang). The final scene of the episode also reveals that when Loki was sent back to the Time Variance Authority, he wound up in another timeline where the TVA is ruled directly by Kang (rather than by the phony Time Keepers).

Beyond that, it’s worth noting an earlier leak claimed Loki Season 2 would expand on the What If? story Marvel Zombies. However, given how Season 1 ended, that seems unlikely to be the focus moving forward.

Is there a Loki Season 2 trailer?

No, there is not, and you shouldn’t expect one until at least a year from now. In the meantime, you can always rewatch Loki Season 1 and look forward to other upcoming multiversal MCU stories like What If? and Doctor Strange in the Multiverse of Madness.