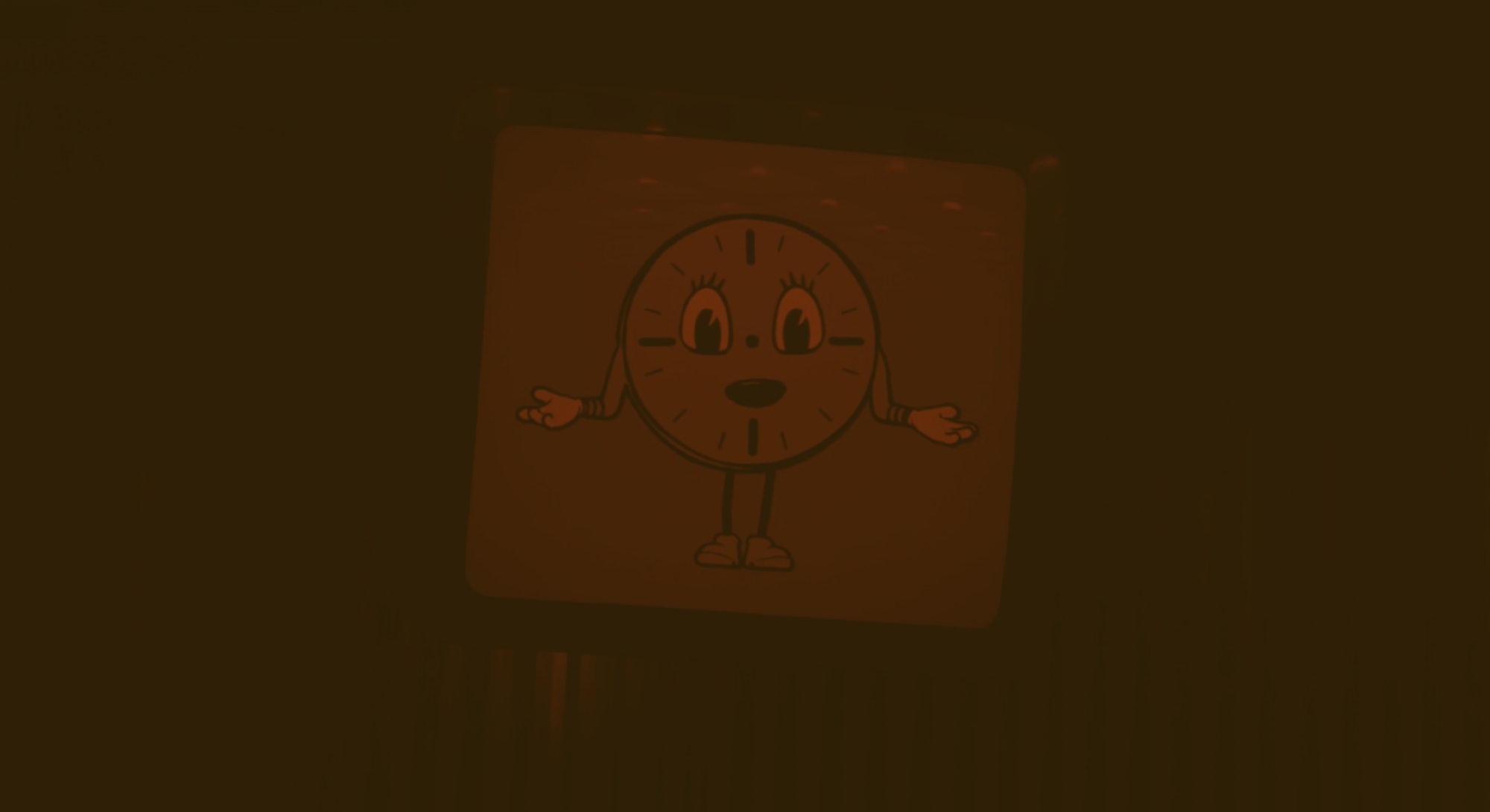 Tara Strong has voiced a lot of famous cartoon characters, but none quite like Miss Minutes.

“They’ve given her so much feeling of a sentient being that you believe she can actually experience emotion,” Strong tells Inverse of her fan-favorite role in Marvel’s Loki.

But whether this talking animated clock is actually sentient at all remains a mystery — even to Loki director Kate Herron. In Episode 2, Loki asks Miss Minutes, “Are you a recording? Or are you alive?” The clock replies in Strong’s sticky-sweet voice, “Uh, sorta both.” As deflective as that sounds, it turns out her answer may be more honest than you think.

“Even in conversations with Kate, when I ask her, ‘How sentient is she?’ it’s still a vague approximation,” Strong reveals. “She’s an enigma. We wanted to keep that in question so that as the audience is watching, they don’t know either.”

One thing we do know? Miss Minutes will return. “We will see her again,” Strong says, though she won’t reveal whether the character gets any more screentime with Loki star Tom Hiddleston.

“It’s sort of unknown where she comes from or what her origin story is.”

In the meantime, Strong is happy to talk about the early fan reaction to Miss Minutes, along with some of the highlights of her decades-long career as various cartoon characters. She’s perhaps best known as Batman villain Harley Quinn, a role she’s returning to in the upcoming video game Suicide Squad: Kill the Justice League. “They play up a lot of the popular memes and shipping ideas between characters,” she teases.

Strong also voiced Bubbles in The Powerpuff Girls, and spoke candidly about the upcoming live-action reboot from the CW that’s currently being “reworked” after an alleged script leaked online and was quickly torn to shreds by fans.

Read our full conversation with Tara Strong for more details about Loki, The Powerpuff Girls, and Suicide Squad: Kill the Justice League.

Are you surprised by how much attention Miss Minutes in particular has gotten over the past few weeks?

I don’t know if the word “surprised” is even big enough. I don’t know if there is a word to describe it. I am so delighted that fans have gravitated toward her because the internet can go either way, but it was this instant love fest. I’m so grateful that — long before I could even reveal that I was voicing her — people online still figured out that it was me and commented on how fun she was and how intriguing of a character she is.

She was so much fun to play and there really isn’t another character exactly like her. To help bring her to life in this collaborative process along with [Loki director] Kate Herron and the rest of the crew has been a tremendous amount of fun.

Miss Minutes has a lot of exposition to deliver throughout the show. Were there any jargon-heavy lines that were difficult to wrap your head around at first?

I don’t remember them being too challenging. I think the beauty of the Loki world is that they tackle intricate, high-concept ideas, but they do it in a way that people can understand that’s also interesting and fun. She also has a little attitude about her, which is fun.

Of course, much of it is hard to understand and remains that way. I have a lot of people saying things to me like, “Give me spoilers! Tell me what this means!,” and a lot of it keeps you guessing, which I think is another part of the brilliance of the show. They’ve given her so much feeling of a sentient being that you believe she can actually experience emotion and get frustrated, excited, or smile even when she’s talking about a person dying or whatever [laughs]. She’s feisty.

In Loki Episode 2, Miss Minutes says she’s both a recording and alive. Did you ever talk with Kate Herron about what Miss Minutes actually is?

It's funny, when you usually get auditions they’ll typically give you a drawing of a character, a character description, sides [portions of the script], or sometimes even the show bible. With this particular audition, I had no idea what it was. There was no drawing. There was just a basic premise of who the character is, and I remember calling my agent and saying, “Is she sentient?,” and they were like, “We don’t really know.” At the time, I didn’t really know where she was from, and it wasn’t until I booked the job that I got to see who she really was. But even in conversations with Kate, when I ask her, “How sentient is she?” it’s still a vague approximation.

“How much of this world is she a part of, or is she just a messenger?”

That’s something that I think just helps make people curious about her though. It’s sort of unknown where she comes from or what her origin story is. How much of this world is she a part of, or is she just a messenger? She’s an enigma. Even in my and Kate’s discussions, we wanted to keep that in question so that as the audience is watching, they don’t know either.

Kate Herron said that the Loki team fell in love with Miss Minutes so much that they just kept finding ways to bring her back. Does that mean fans can look forward to more of Miss Minutes? Are there any more desk squabbles with Loki (Tom Hiddleston) still to come?

[Laughs] Well, I cannot spoil that. We will see her again, but I can’t tell you how much or whether or not she’ll fight with him again. I’m grateful that the team fell in love with her so much because she’s so great to play and I do think she adds an element to the show that you don’t often see.

With films like The Avengers, where it’s very high-concept, the budget is spent on making the special effects look so great and extremely realistic. So to have this animated, cartoon character who can become holographic and jump on the desk and you still believe she exists is really a testament to Kate and the rest of the production team.

You also voiced Bubbles in The Powerpuff Girls. What do you think of the upcoming live-action CW show? Did you read the script that allegedly leaked online a few weeks ago?

I didn’t see the script. I’m kind of conflicted. Sometimes I think it’s fun when animated projects transition into live-action, and sometimes I think it doesn’t work. This is obviously something we haven’t seen anything of yet, so it’s too soon to say whether I like it or not. For me, I have a lot of love and nostalgia for Craig McCracken, who originally conceptualized these very powerful female characters who empowered so many little girls. So I don’t know what that’s going to look like to deviate far from that.

The casting looks great, and if they can get it right, it might be a ton of fun. If it’s fun and you can sort of turn off your brain and say, Well, that’s not how Chemical X works, but still enjoy it that would be great.

I also think it’d be fun if they included us a bit. I always loved when Stan Lee made some little cameo in the Marvel movies, and I’ve often said in the DC world that they should have me and Mark Hamill and Kevin Conroy at a booth together having lunch in a scene or something.

“It’d be fun if they included us in the show.”

But I actually don’t know anything about it. I can’t comment on it too much other than to say that I wish them well, I hope it’s fun, and I hope it brings people joy. I’m sure they’re having a great time making it. It’s such a fun concept.

Speaking of DC, you’ve voiced Harley Quinn many times before and you’re returning for the video game Suicide Squad: Kill the Justice League. What can you tell us about that role?

They’ve outdone themselves with Harley’s outfits. There’s gonna be a ton of great cosplay. It’s a beautiful game — the cinematics are unbelievable. We’ve been working on it for years and it’s like this labor of love.

You know, often when a voice actor does a video game it can be stressful because when you’re doing series work there are other actors for you to play off of, but when it’s a video game it’s just you alone for up to four hours — often making very taxing death sounds and punching noises. But whenever I get to do Harley, I just get excited. It’s like my therapy — I just get to take everything out. It’s a really brilliant game. It looks great and it’s a lot of fun.

Obviously, if you’re a fan of the DC Comics world, you’ll be a fan of all the character interactions in it. They play up a lot of the popular memes and shipping ideas between characters and play around with the specific intricacies of these characters. It’s really, really well done. I think people are gonna love it. It’s a really cool game.