Is Loki genderfluid? "It's always been there," Tom Hiddleston tells Inverse

“This is something we felt responsible for.” 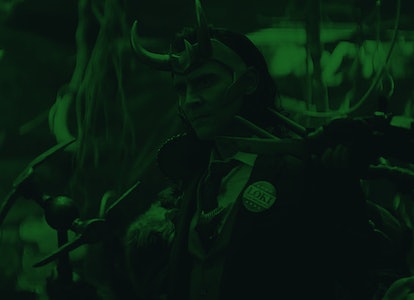 When it comes to Easter eggs, Loki’s Twitter is a whole basket. A glimpse at a Time Variance Authority file for the trickster god was released as a Twitter video on Sunday, and fans were quick to point out all the juicy tidbits involved, including one that confirmed one of the oldest Marvel theories around.

The most exciting of these reveals is what’s written after “Sex.” Instead of a standard “Male” or “Female,” Loki’s file reads “Fluid.” This confirms a fan theory that goes back to the Norse mythology where Loki originated: he’s canonically genderfluid.

For Loki head writer Michael Waldron, this reveal was a long time coming.

“I know how many people identify with Loki in particular and are eager for that representation, especially with this character,” Waldron tells Inverse. “We worked really hard.”

But even Waldron may be putting it lightly. Loki’s fluidity isn’t just some corporate attempt at corporate wokeness from Disney, it’s a direct reference to both comic book lore and mythological history. Here’s how it happened and why it matters, according to both Waldron and Loki himself — Tom Hiddleston.

“It's always been there in the comics for some time and in the history of the character for hundreds, if not thousands of years,” Hiddleston tells Inverse.

Loki before the Marvel Cinematic Universe

To find the source of this seemingly confirmed MCU theory, you have to go all the way back to Loki, the trickster god of Norse mythology. While the mischievous nature and chaotic personality of Loki carried through from the start, one of the most important aspects of his mythologic persona was his shapeshifting ability. This meant Loki can be a fly, a fish, or even an old woman. His appearance — and his gender — are constantly in flux.

In Marvel Comics, Loki also possesses the power to shapeshift. But when he does, it always seems to be in terms of a disguise, not as a gender expression. It wasn’t until 2014’s Original Sin Vol 1 #2 that Loki’s gender identity was clarified. In this comic, Thor and Loki find themselves in a female-run society. When Thor assures his brother “These are fair maidens,” Loki responds with “So am I, sometimes. It doesn’t mean I’m safe to talk to.”

When Loki later takes on a female form to blend in with the society, she’s only referred to with she/her pronouns. This isn’t a disguise, it’s just another form of Loki. This fluidity is later confirmed in the same arc when Odin reflects on his children. “My son, my daughter, and my child who is both,” he says.

At that point, Loki was no longer a male comics character who dressed up with shapeshifting as necessary, but those elements were considered additional parts of what makes up “Loki.”

This brings us up to date with Loki, and while fans may be excited for Tom Hiddleston’s character to catch up with the comics, Michael Waldron is quick to say Loki’s genderfluid identity isn’t something he’s qualified to speak on.

“I think that is best experienced in the show, as opposed to me, a cis straight white guy giving clunky answers about it,” Waldron says.

He’s still proud of bringing that representation to the MCU, especially crediting it to Loki director Kate Herron. “That was so important to Kate, that we did that justice. Everyone will have to watch and see.”

The person most intimately familiar with Loki is Tom Hiddleston, who has embodied the character for just under a decade. For the Marvel actor, genderfluidity was a logical conclusion to his character.

“Breadth and range of identity contained in the character has been emphasized and is something I was always aware of when I was first cast 10 years ago,” Hiddleston says. “I know it was important to Kate Herron and Michael Waldron and to the whole team. And we were very aware, this is something we felt responsible for.”

Whether or not it’s explored in depth in the series remains to be seen, but just this Twitter confirmation retroactively adds a whole new layer of representation to the MCU. After years of the only confirmed LGBTQ+ character being a director cameo in Avengers: Endgame, this moment has retroactively made one of the most iconic Marvel villains canonically, if technically, transgender.

The Inverse analysis — Marvel’s Loki reveal isn’t perfect. Tom Hiddleston is a cisgender man, and casting cis actors in trans roles is frowned upon, though Loki’s shapeshifting abilities may help sidestep that issue. There’s also some criticism that this canonical reveal is paired to a Disney+ streaming series, instead of a blockbuster film.

Still, when it comes to genderfluid and gender non-conforming representation in any sort of popular media, some is better than nothing at all. For someone who is genderfluid like me, a massively iconic character like Loki sharing this trait makes it easier for my identity to be explained.

Just like Loki, I can shift into a boy or a girl or somewhere in between, but I’m still me. No matter how this trait is explored in the MCU’s future, that’s a huge win.