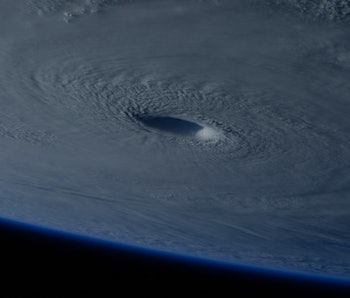 Hello, taps mic, y’all ready for this? My name is Sarah Sloat, I’m a senior staff writer at Inverse, and today I’m bringing you Inverse Daily.

That is, I will once I can get over all this Dark Rey stuff. A foldable lightsaber?? Check please.

”Some people say, ‘Oh, the Amazon is far away,’ but when the farthest room in your house is burning, your house is still on fire.”

— Paul Rosolie, co-founder and director of the non-governmental organization Junglekeepers.

Do you want to live forever? From the Holy Grail in Indiana Jones to Peter Thiel’s dream of teen blood transfusions, cultural conversation has been dominated by the quest to delay death. However, in a new study, scientists bring up a better question: Do you want to live well? That, in turn, could be the actual secret to longevity.

In an analysis of over 71,000 people, researchers found that those who are more optimistic are more likely to live long. These folks also have higher odds of achieving “exceptional longevity” — a phrase that refers to people who live longer than 85 years old. While scientists don’t exactly understand why optimism is linked to health and long life, it’s hypothesized that optimistic people are more likely to create goals and have the confidence to achieve them. In other words, longevity goals should mirror “The Little Engine That Could” more than Lonesome George.

To know the secret of living long, choose door number one.

Before a hurricane strikes, you want to be prepared. But while you have the power to stock up on drinking water, candles, and a battery-powered radio, there’s not much else you can do to stop an incoming storm from making landfall.

However, that doesn’t mean that certain people don’t have some ideas on how you could do it. While President Donald Trump now says that the reporting of his question on whether we should just drop a nuclear bomb on a hurricane is “FAKE NEWS!”, Axios reported on Sunday that few in the White House took to his idea. It turns out the science is on their side, as the National Oceanic and Atmospheric Administration (NOAA) addressed this question and debunked it with a comprehensive physics explanation nearly 20 years ago.

Huh. Next thing you know, scientists are going to say it’s not a good idea to shoot hurricanes with guns, either.

Learn why the NOAA has been telling people you can’t stop hurricanes with nukes since 2002.

Lab-grown meat — whether it’s fish or foie gras — is coming to a plate near you. This doesn’t mean it will be affordable or ethical, though. As of now, the technology hinges on placing stem cells in a bioreactor and mixing in nutrients and growth factors that encourage cells to develop like they would in an animal. But while a cow can just munch on grass and grow, these lab-grown cells need expensive chemicals to foster development. Meanwhile, some systems use fetal bovine serum (fancy phrasing for a gnarly thing), which raises questions of morality.

Over at Inverse, Mike Brown reports that Multus Media might be the fake meat heroes we’re looking for. The firm is developing a genetically engineered yeast that could serve as an all-in-one solution. Its genetics enable it to create the growth factor, while scientists can create a yeast extract at the end to provide the nutrients. Multus is one of a number of firms operating in this area, like Mosa Meats and Finless Foods, that are looking to ditch the bovine serum for something more sustainable. It could result in $15 burger patties hitting shelves as early as 2021.

Find out how a London-based startup is changing lab-grown meat for the better.

It’s the last week of the month!

Search your inbox for old Inverse Daily emails that you may have missed to quickly raise your Rewards rank.

When I think of interstellar visitors to Earth, the first things that come to mind are Area 51 and meteors. But now, I can’t stop thinking of tiny bits of stardust falling to Earth, and what those particles can tell us about our interstellar neighborhood. When supernovae — giant stars at least eight times the mass of our sun — explode, they send out clouds of gas and dust into space.

But Maggie Green tells me that scientists found a radioactive form of iron, iron-60, in 20-year-old Antarctic snow. After ruling out any other possible source, the scientists concluded that the iron must have come from a nearby and recent (cosmologically speaking) supernova. The discovery opens up numerous questions about when this supernova exploded, where it was in our galaxy, and how it affected our solar system’s neighborhood. But the real question, as one astronomer asked Maggie, is: “Isn’t it cool that we continue to be bombarded by supernova ejecta?”

What stardust can teach us about our changing place in the galaxy.

You might have heard of Toxoplasma gondii — better known as Toxo — a nasty parasite that travels in the poop of cats. Some studies have shown that Toxo has “brain-controlling” activities responsible for the funny behavior and isolative habits of so-called cat people. Infection usually manifests as mild flu-like symptoms, like muscle aches and sore lymph nodes, though they can be much worse for people who are pregnant or immunosuppressed.

Whatever your feelings toward cats (I’m a cat and dog person, and yes, we exist!), there’s no denying the fact that their poop can carry a weird and potent little thing that can disable organisms much bigger than itself. Humans aside, Toxo has also been implicated in the deaths of seals and whales. Now, as Peter Hess tells me, it’s also killing sea otters in California.

Here’s how feline feces can wreak so much havoc.

Today, that’s a group of service dogs that attended Billy Elliot: The Musical. While I’m sure these Canadian pups loved the story of a coal miner’s son who has what it takes to become a ballet dancer, they were technically at the performance as part of their training to become service dogs. If you haven’t seen the photo of the Good Boys at work, it’s worth taking a look.

Thanks for reading, everybody!

Yasmin told me you’re a bunch of lovely, weird, inquisitive people, so I hope you say hello over at sarah.sloat@inverse.com.

More like this
Science
Jan. 13, 2023
Look: 5 charts reveal how hot 2022 was in new detail
By Jennifer Walter
Science
Jan. 17, 2023
Why is January so dark and cold? Here’s the truth about winter’s gloomiest days
By The Conversation and Deanna Hence
Science
Jan. 23, 2023
Elephants could be key to saving the planet — here’s why
By Tara Yarlagadda
LEARN SOMETHING NEW EVERY DAY.
Related Tags
Share: