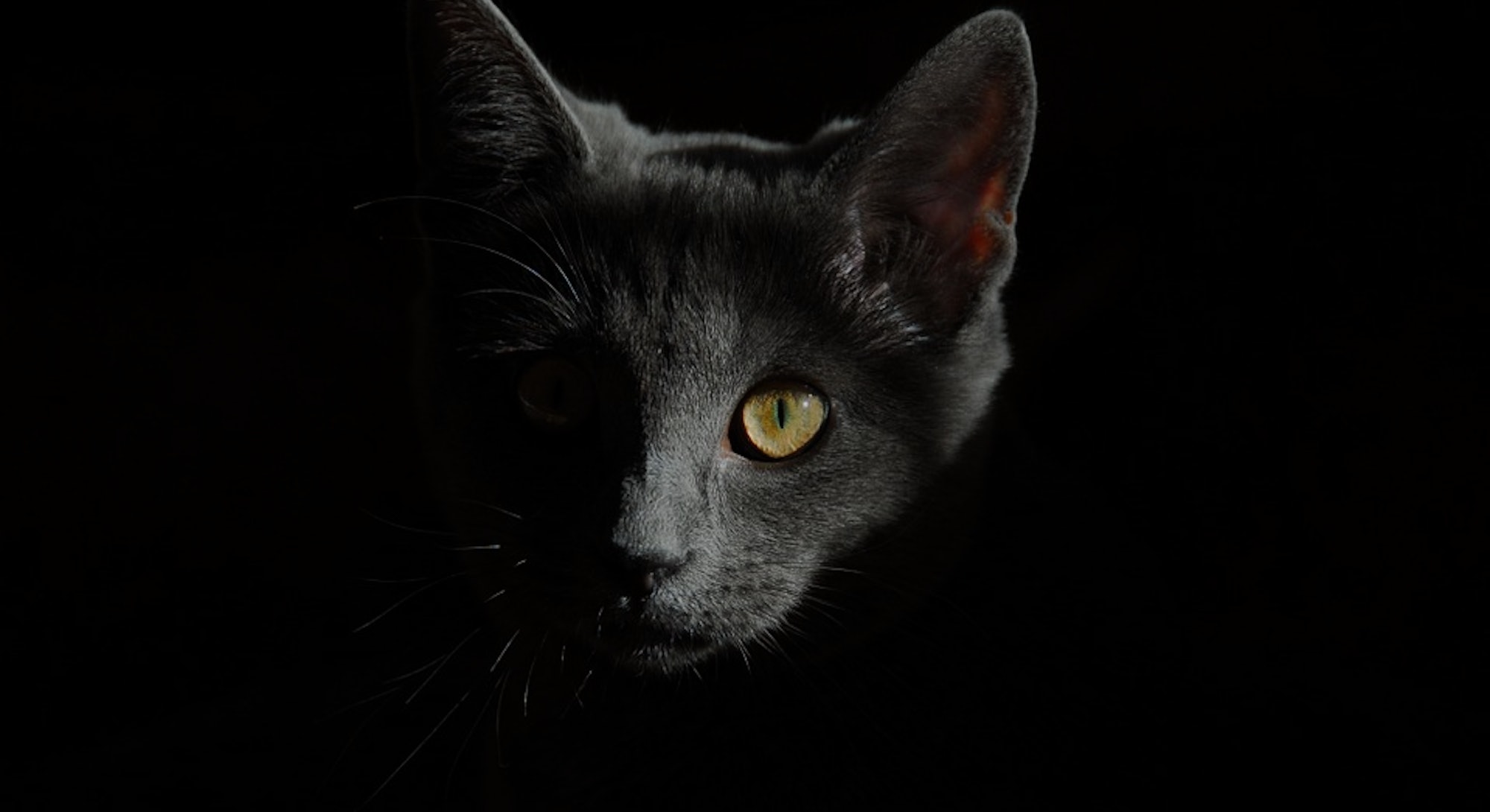 Enterprising Hollywood villains like Dr. Evil, Ernst Blofeld, and Dr. Claw have two things in common: They’re all rich, and they all own cats.

They also unexpectedly illustrate a new study showing that infection with a cat-borne, brain-controlling parasite is correlated with entrepreneurship. Toxoplasma gondii has been linked to schizophrenia, hallucinations, and Hawaii’s dead seals, but now it appears it might have an upside.

In the Proceedings of the Royal Society B study, the authors show that previous infection with T. gondii is linked to an increased likelihood of both studying business in school and starting a business. The study was borne out of the implications of a 2006 paper showing that infection is linked to neuroticism, first author Stefanie Johnson, Ph.D., an associate professor at the University of Colorado Boulder’s Leeds School of Business, tells Inverse. The neurological mechanisms of that link are unclear, though she suspects that neuroticism and entrepreneurship might have “the same root cause” in the brain. Perhaps, she thought, T. gondii might catalyze the brain processes underlying it.

So, she and her colleagues investigated the seemingly autonomous human behaviors that might actually be influenced by brain parasites.

“I was surprised by the magnitude of the effect and just the very idea that even when I think I am making a good decision, my decision making process could be altered by a parasite,” says Johnson.

To run a business, you must be willing to take high risks in return for high rewards. In experiments on animals, exposure to T. gondii has been linked to increased riskiness; infected, for example, are attracted rather than repelled by cat urine and are willing to explore new areas. According to Jaroslav Flegr, Ph.D., an evolutionary biologist and expert on T. gondii from Charles University in Prague, there is a significant body of evidence showing that the parasite can influence behavior in humans on a large scale as well.

“Many studies show that infected humans differ from the noninfected in many personality traits, including suspiciousness, neuroticism, novelty seeking, consciousness, and extroversion,” he tells Inverse. He continues: “Other studies also show that the infected subjects differ in behavior, including the behavior in economic games and in everyday life.”

Johnson and her team further investigated this link by testing the saliva of 1,495 students for antibodies produced in response to previous infection with T. gondii, then compared those findings with the students’ areas of study. Students who tested positively were “1.4 times more likely to major in business and 1.7 times more likely to have an emphasis in ‘management and entrepreneurship’ over other business-related emphases,” the team writes.

In the second part of the study, a survey of 197 attendees at entrepreneurship events showed that those who tested positive were 1.8 times more likely to have started their own business. And in the third part, 25 years of data on global T. gondii infection prevalence and entrepreneurial activity were consistenly correlated on a national scale.

Johnson takes care to point out that her results only show correlation, not causality. Nevertheless, Flegr says that they are “very convincing.”

The effects of T. gondii have raised concerns among cat owners in recent years, with some linking the parasite’s “brain controlling” activities with the characteristics of “cat people” — increasingly “crazy,” isolated individuals who are constantly with their cats or talking about them. There is some basis for that concern. T. gondii infects many animals, but it can only reproduce sexually and form durable cysts inside domestic and wild cats. It’s spread through contact with the cat’s feces, and people with weakened immune systems and pregnant women are especially vulnerable to infection.

But to posit that a very common parasite like T. gondii could affect human behavior on a large scale — the way it did the students and entrepreneurs in Johnson’s study — suggests that it might affect more than just vulnerable subgroups. Planet Earth taught a generation to take it for granted that entire ant populations can be mind-controlled by the “zombie ant” fungus Cordyceps. Who’s to say the same can’t be true of humans?

It has taken Dr. Fuller Torrey of Stanley Medical Research Institute a while to come around to the idea that T. gondii could affect population behavior on a large scale, but he’s been convinced by recent research. “Ten years ago I would have said no but the more we learn I now think it is possible,” he tells Inverse.

The growing body of evidence showing T. gondii’s population-scale effects, says Flegr, shows that it can “significantly contribute to human cultural diversity and can be responsible for an important fraction of between-countries differences in aggregate neuroticism.” His team’s own studies have suggested the parasite is involved in shaping the sex ratio within nations, in the incidence of traffic accidents, and in public health.

“It seems that, on the population level, toxoplasmosis has many important and relatively strong effects,” he says.

The effect of direct infection with T. gondii is becoming increasingly clear, but don’t go kicking out your cat (or running out to get one) just yet. The threat — or advantage, depending how you see it — that pet cats pose to their humans remains debatable.

In 2017, researchers from University College London showed in a debated Psychological Medicine study that childhood exposure to cats was not linked to psychotic symptoms. Lead author Francesca Solmi, Ph.D. said: “The message for cat owners is clear: there is no evidence that cats pose a risk to children’s mental health.” At least four other studies, however, have shown that T. gondii is a risk factor for schizophrenia.

Nevertheless, if future studies show that infection with T. gondii is something public health officials should be worried about, we’ve at least partially got things under control. “There are ways to treat T. gondii, which is particularly relevant for immuno-compromised individuals,” study co-author Pieter Johnson, Ph.D., a professor of ecology and evolutionary biology at UC Boulder and Stefanie’s husband, tells Inverse. He notes that the drug used to treat it is the one “pharma-bro” Martin Shkreli infamously raised prices on in 2015. Even with this drug, however, there’s no way to kill the parasite outright — it can only be pushed into a more dormant state.

“What is interesting is the possibility of treating cats as a way to lessen risks in the environment, but so far there is nothing concrete there,” he says.

It’s too early to say whether the link between T. gondii infection and entrepreneurship is a good or bad thing, says Stefanie Johnson. “At this point it is just interesting — what we do not know is whether the businesses started by Toxo-positive people all fail miserably (in which case we might warn people to get tested before starting a business) or whether they succeed at the same rate,” she says.

Still, its link to risk-taking is well worth future investigation, if not for its implications for future entrepreneurs then for its intimation that human behavior might be — might have always been — subtly shaped by parasites, cat-borne or not.

Disconcerting as it is to think that we are not always fully in control of our brains, it bears reminding that parasites far more common than T. gondii ensure that’s rarely the case. The influenza virus, for one, forces our bodies into a sneezing response, and the rabies virus makes infected individuals more aggressive, Pieter Johnson points out. The spooky thing about T. gondii is that infections last far longer than rabies or the flu, and so its effects are longer-lasting.

If future studies show us how to control it, T. gondii infection might not be a cat-borne gift or a curse but rather a tool we can wield for our own purposes. After all, judging by the success of Hollywood’s evil geniuses, who wouldn’t want a bit of occasional parasite-borne courage?

“Astronauts, musicians, actors,” says Stefanie, asked which fields might show a higher proportion of T. gondii-infected people today. “Any profession that involves a fair amount of risk, I would think.”