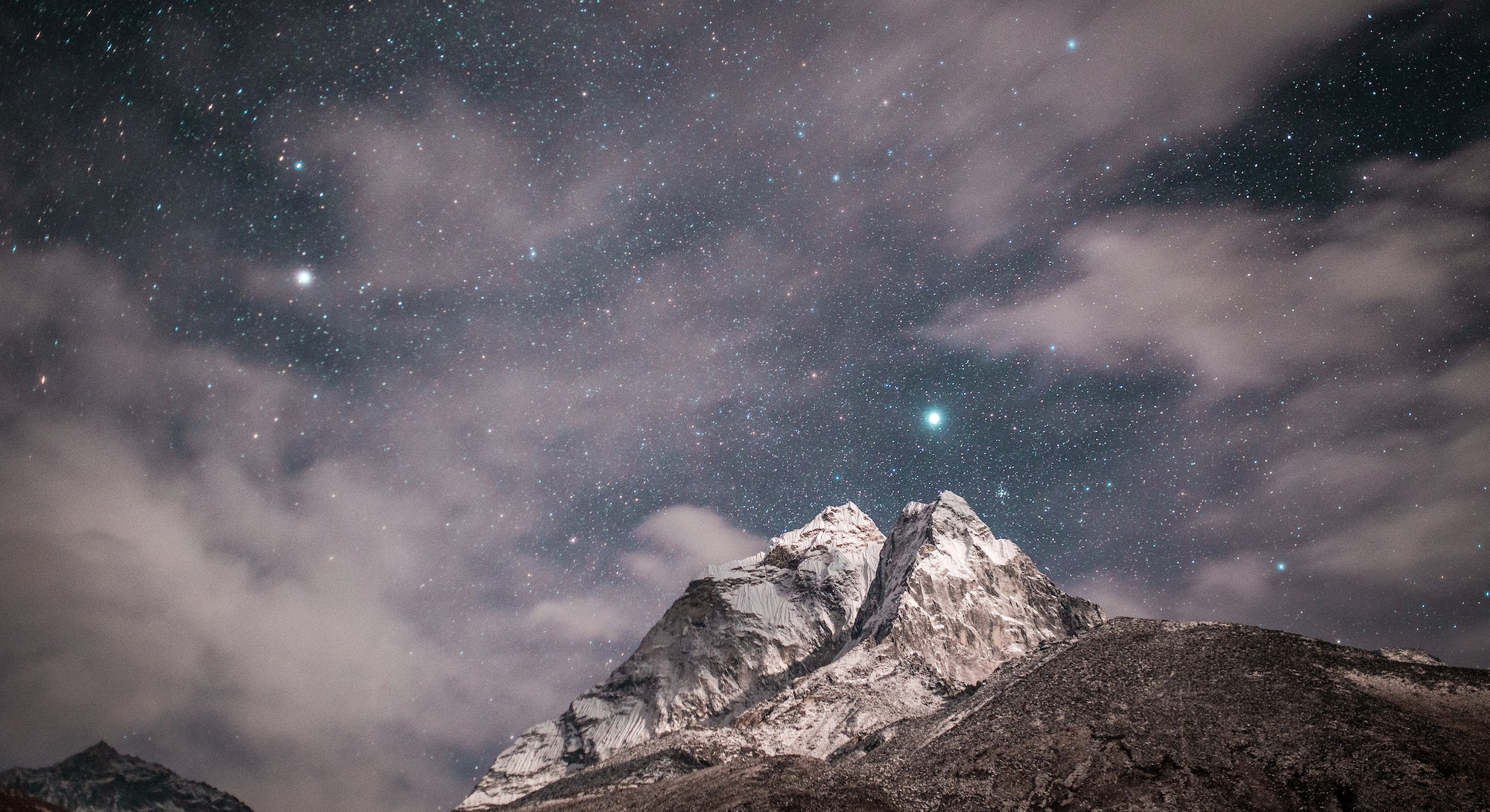 Stardust is raining down on us, and bits of it found in Antarctic snow are revealing where our solar system has been in our galaxy and where it might be traveling next.

“If you believe the argument, isn’t it cool that we continue to be bombarded by supernova ejecta?” Danny Milisavljevic, Ph.D., an astronomer at Purdue University who studies supernovae, tells Inverse.

"If you believe the argument, isn’t it cool that we continue to be bombarded by supernova ejecta?"

When very large stars, at least eight times the mass of the Sun, die, they are called supernovae. When a supernova explodes, it sends gas and metals across space. “It’s the hubbub of explosion and star formation that happens generation after generation,” Milisavljevic says.

In a study published August 12 in Physical Review Letters, scientists at the Technical University of Munich found one of these supernova-specific elements, a rare radioactive isotope of iron called 60Fe, in Antarctic snow. The scientists ruled out all possible sources of this iron except one: interstellar dust from the Local Interstellar Cloud, a cloud of gas that our solar system has been traveling through for tens of thousands of years.

This dust likely came from a very recent supernova explosion in our interstellar neighborhood, Dominik Koll, a Ph.D. candidate at Australian National University and the lead author on this study, tells Inverse.

Milisavljevic says papers like the one published in Physical Review Letters help pinpoint where these supernovae were in our solar system and how long ago they exploded. Cosmologically speaking, he says, stars are relatively short-lived—the lifespan of a star is anywhere from 10 to 50 million years. Then, more stars are born from the dust left behind, and these stars get increasingly more metallic over generations. Eventually, they become filled with heavy elements, like iron.

"“Space is not a dead place, it evolves and interacts."

Koll says Iron-60 is particularly important for interstellar studies because of its unique origins. “It is not abundant on Earth and is only produced in significant quantities by two astrophysical processes—in stars and by cosmic rays,” he says in an email.

Koll also says that though iron-60 is radioactive, it takes a long time to decay. That’s why, he says, it’s likely that this iron-60 came from a supernova that burst less than 20 million years ago, otherwise it would have decayed by now.

In order to find these iron-60 isotopes, the research team dug out a 500-kilogram chunk of Antarctic snow—a little heavier than an average grand piano. Koll says the snow is not more than 20 years old, so the iron must have fallen to earth within the last 20 years.

“It’s really the age of this that stands out for me,” Kevin Flaherty, Ph.D., a lecturer in astronomy at Williams College, tells Inverse. He says previous evidence of Iron-60 comes from the ocean crust and may be millions of years old. But dust from less than 20 years ago suggests a more recent supernova, and opens up more questions, he says.

“Where is the cluster of stars that it formed out of? Why hasn’t it cleared away the [interstellar] clouds around us? Is there some sort of remnant that we can find?”

Koll says this finding could help researchers pinpoint how our solar system moves through the Milky Way galaxy—where it has previously been, what was near it, and where it’s going now.

Shane Larson, Ph.D., an astronomy professor at Northwestern University, agrees. “It allows us to assemble a story about what our place in the cosmos is,” Larson tells Inverse. “We’ve known for a long time that we are immersed in clouds of interstellar gunk in the galaxy and we have ideas about how big it is and which direction the Sun is moving and where we’re going, but that’s one one glimpse of what the puzzle is. Now, we have a new glimpse of what our interaction with that part of the galaxy is.”

"“It allows us to assemble a story about what our place in the cosmos is."

Larson says this discovery can be compared to older Iron-60 deposits in the Earth’s crust to narrow down questions about the global properties of the interstellar cloud our Sun and solar system is moving through, like whether we are moving into more or less dense areas of the cloud, how old the cloud is, and where it might have come from.

“So, we have a better handle, a more firm understanding, a more confident measurement of how much of this stuff is in the interstellar cloud where we are right now or where we’ve been in the last 20 years,” Larson says.

From there, Larson says, the future researchers could potentially measure iron-60 levels deeper in the ice cores to see a history of interstellar dust on our planet from tens of thousands of years ago.

Koll says his discovery shows that our place in the universe is not static. “Space is not a dead place, it evolves and interacts. With such discoveries we get step by step closer to understanding how and where the solar neighborhood was shaped and therefore why it is like it is today.”