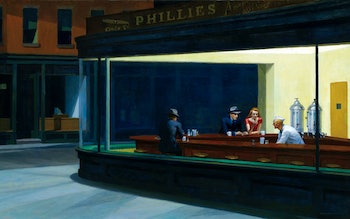 I have never been a night owl. I’d sometimes be at after-after parties for music festivals and just be dying inside. There’s a pedestrian bridge in Austin, Texas, that used to — or maybe still does — host pop-up concerts in the middle of the night. They were fun. They were very late. (Here’s a video of one if you’re curious.) Now that I’m older, I am thrilled to own my “in-by-10” identity.

Night owls, despite being wide awake for really good 2 a.m. bridge concerts, have a societal disadvantage when it comes to the rest of those 24 hours. The 9-to-5 working day, originally advocated for by organized workers who were fed up with working 16-hour shifts for low pay, is now the standard. But the circadian rhythms of some people just aren’t in tune with waking up that early.

Today’s lead story is all about one change you can advocate for — maybe even with your boss — to be better at your job, and in the rest of your life, based on new scientific research. Keep scrolling to read more. (To any morning larks still trying to figure yourself out, you learn to get over FOMO, eventually.)

This week’s question asks: What would it mean to you if we discovered proof of intelligent alien life? Send your thoughts — no more than 100 words, please — to newsletter@inverse.com. If you’re reading this on email, just hit reply. Here are a few we received after Monday’s newsletter:

We’ll publish a few more in the coming days. Thanks to everybody who wrote in, especially to the people who have definitely been abducted by aliens and pitched their book/movie/story to me. I can’t help you, but your stories are wild.

This is an adapted version of the Inverse Daily newsletter for Wednesday, June 10, 2021. Subscribe for free and earn rewards for reading every day in your inbox.

One sleep habit can increase happiness — Researchers looked at data from over 450,000 people and found that night owls were also experiencing clinical depression more, reports Sophie Putka. This story shot up the charts Wednesday on Apple News. Here’s a snippet:

We already know more sleep is better for mental health, but studies like this one reinforce a more strategic approach, where one might at least try being more consistent with a sleep schedule. Another recent study suggests simply moving the midpoint of sleep back an hour by going to sleep one hour earlier (and waking up at the same time as usual) could in itself decrease depression symptoms.

Workers can try to adjust sleep to work schedules, but on the other side of the coin, work could adjust to them. It’s hard to envision a world where your boss sets a personalized schedule based on your natural diurnal rhythms — but if the recent mass rejection of traditional beliefs on work-from-home schedules is anything to go by, we might not be as far away from optimal sleep alignment as we think.

“The Biles” — The science behind Simone Biles' latest signature move, a triple-double dubbed “The Biles,” which debuted on June 6 at the U.S. Gymnastics Championships. New Inverser Elana Spivack brings the story:

David Young, a physicist at Louisiana State University who has investigated the physics of this sport before, explains that part of what sets gymnast Simone Biles apart is her ability to act as the conductor to a symphony of factors that play into each movement.

“What sets her apart is her strength, balance, coordination, and muscle control that produce faster rotation rates once she’s in the air,” he tells Inverse after examining the footage of her latest feat.

“It's always been there” — Over the weekend, Marvel revealed that Loki may be genderfluid in the MCU. Here's why that matters, according to Tom Hiddleston and Loki writer Michael Waldron, in their interview with Inverse. This story by Dais Johnston got reblogged all over the internet. (Nice scoop, Dais!)

“I know how many people identify with Loki in particular and are eager for that representation, especially with this character,” head writer Michael Waldron tells Inverse. “We worked really hard.”

But even Waldron may be putting it lightly. Loki’s fluidity isn’t just some corporate attempt at wokeness from Disney; it’s a direct reference to both comic book lore and mythological history. Here’s how it happened and why it matters, according to both Waldron and Loki himself — Tom Hiddleston.

“It's always been there in the comics for some time and in the history of the character for hundreds, if not thousands of years,” Hiddleston tells Inverse.

The Milky Way's supermassive black hole (?) — A recent study tried to dispute the very existence of the black hole at the center of the Milky Way, but scientists are more than skeptical, writes Passant Rabie:

By 1974, the object, eventually dubbed Sagittarius A*, was more or less solidified as your own local supermassive black hole. Since then, scientists have made several follow-up observations to reestablish the existence of this dark, lurking beast in the Milky Way — even turning one of the largest virtual telescopes in the world on it.

The Milky Way is full of mystery. Look:

Nissan and Pac-Man unite like we always knew they would — Nissan teamed up with Pac-Man creator Bandai Namco to reimagine its car alert sounds. Jordan Golson reports on what it sounds like:

Imagine the EKG beep sound from an emergency room and you’ll know what it’s like to drive a newer Nissan car. Recent models like the Rogue or Altima feature less-than-pleasant in-car alert noises, but luckily, Nissan is finally doing something about it.

The company recently reached out to some audio experts to make them better, and since Nissan is from Japan, those audio experts were Bandai Namco. The creators of Pac-Man and Tekken were tasked with creating new alert sounds that are simultaneously emotional and informative.

In other words, they have to be pleasant to hear but urgent in the message conveyed.

More on the future of transportation:

More like this
Science
6.20.2022 1:55 PM
The world’s largest radio telescope picks up peculiar signals from space
By Evan Meredith
Mind and Body
7.4.2022 12:30 PM
This everyday behavior is essential to preventing heart disease
By Elana Spivack
Mind and Body
7.4.2022 10:30 AM
Do you need 8 glasses of water a day? Hydration scientists demystify the number
By Katie MacBride
Related Tags
Share: