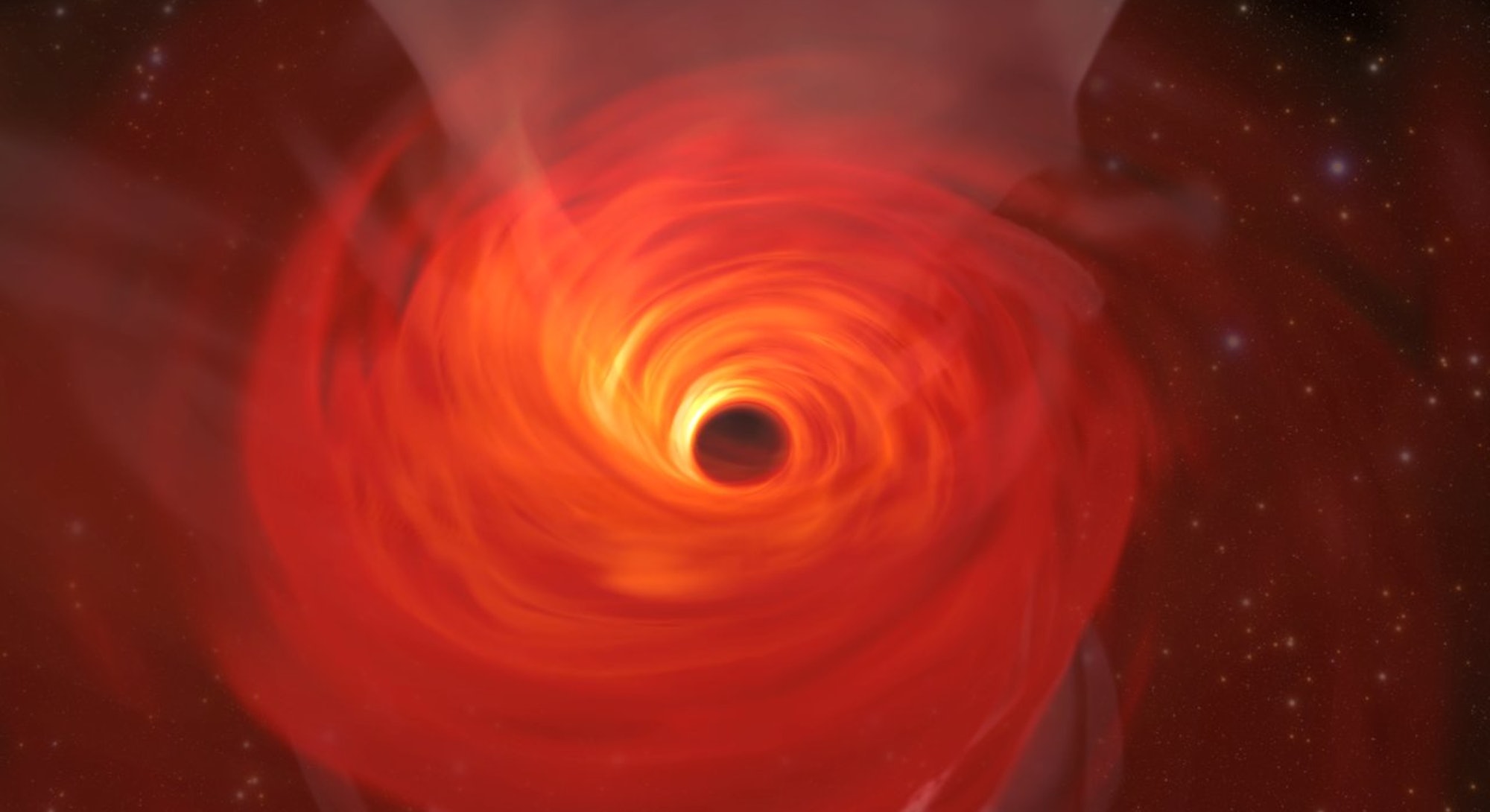 For nearly 30 years, astronomers have been mapping the trajectory of a pair of stars circling the center of the Milky Way.

The orbit of S2 and its stellar companions indicated that they were circling around a massive object, about 4 million times the mass of the Sun. Although astronomers could not directly see the object, they knew it could only be one thing.

By 1974, the object, eventually dubbed Sagittarius A*, was more or less solidified as your own local supermassive black hole. Since then, scientists have made several follow-up observations to reestablish the existence of this dark, lurking beast in the Milky Way — even turning one of the largest virtual telescopes in the world on it.

Although it’s difficult to provide definitive proof of Sagittarius A*, most scientists are 99.999% sure it’s there. So, how do you prove the existence of an invisible, massive cosmic monster?

WHAT’S NEW — Jorge Rueda, a researcher at the International Center for Relativistic Astrophysics and co-author of the new study, says that his team is not the first, and most certainly won’t be the last, to make that claim.

But instead of being ripped apart and devoured by the black hole’s gravitational tug, G2 kept on going.

“It made sense to put into question the nature of the center of the galaxy,” Rueda tells Inverse. “So that’s why we returned to this idea.”

What Rueda and his co-authors are suggesting that Sagittarius A* is not a black hole, but instead clumps of dark matter. Dark matter is an elusive form of matter that makes up around 85 percent of all matter in the universe and about 27 percent of its total mass, outweighing visible matter around six to one.

The study suggests that an absolutely titanic blob of dark matter would produce the same amount of spacetime curvature. But the cluster of dark matter would have a slightly weaker gravitational tug, therefore allowing the cloud of gas to pass by without being torn to shreds. This would still provide enough gravity to keep the stars like S2 in orbit.

How do we know there’s a black hole in the Milky Way?

Geoffrey Bower, a project scientist at the Event Horizon Telescope Collaboration, sees no other alternative to the black hole at the center of the Milky Way.

“We detected gas in this very compact region that has a temperature of about 10 billion degrees,” Bower tells Inverse. “There's really no other astrophysical interpretation of where that intense radiation that we detect comes from.”

Astronomers also observe the effects of the black hole on its surroundings. It takes more than one pass of G2 to torpedo nearly 50 years' worth of research.

In the early 2000s, scientists watched as the closest stars to the black hole orbited around it, concluding that an object of roughly 4 million times the mass of the Sun was present within a region much smaller than the size of the Solar System.

Erin Kara, assistant professor of physics at the Massachusetts Institute of Technology, says that if you use simple Newtonian physics, then you can figure out the mass of the object that the stars are orbiting.

“The black hole at the center of our galaxy is very well studied because it's just so darn close,” Kara tells Inverse. “And we have these amazing infrared telescopes that can really image very closely these regions closest to the black hole than we've ever been able to see by mapping the trajectories of stars right as they get close to the black hole.”

Although black holes are dark and seemingly invisible, scientists were able to use the global Event Horizon Telescope to capture an image of the supermassive black hole at the center of Messier 87 in April 2019.

The image revealed the silhouette of the black hole surrounded by a glowing halo of fiery gas. Nicknamed a “ring of fire,” the hot gas formed a circular shape around the black hole's event horizon. In the process, it confirmed predictions of what a supermassive black hole looks like.

The scientists at EHT are currently working on generating a similar image of Sagittarius A*.

“We'd very much like to see that same kind of image, and demonstrate that that effect that we see in M87 is present in Sagittarius A*,” Bower, who is currently working on garnering that image, says.

One suggestion, which doesn’t invoke dark matter, is that the center of the Milky Way is not dominated by a black hole of a giant mass, but perhaps by 4 million different objects in a very tight cluster that has the same gravitational effect.

But that idea was ruled out: A cluster of compact objects that would fit into that dense region would evaporate within years since the motions of the objects under the gravity of the cluster would be so high that they would just get kicked out, according to Bower.

But there has been enough weirdness coming from Sagittarius A* that ensures that these questions might come up until the Event Horizon Telescope Collaboration is able to finally image it.

“Some of the most distant objects that we see in the universe are black holes, and they're blasting the universe with powerful radiation that’s generated by matter that's being accreted from them,” Bower says. “But in the case of Sagittarius A*, it's very, very quiet and it's almost a billion times less luminous.”

This suggests that the black hole isn’t spinning fast enough to create momentum for its accretion disc to send out jets of matter.

Still, Bower and other scientists are welcoming of alternative theories to Sagittarius A*’s true nature as it helps push the boundaries of their understanding of the black hole at the center of our galaxy.

Kara, although certain there is a black hole at the center of the Milky Way, agrees.

“If our understanding of physics is really off then there could be something other than a black hole,” Kara says.

“It's really going to take something pretty exotic for it not to be a black hole,” she adds. “So if there's still room for some exotic physics, then yeah, why not try and push.”