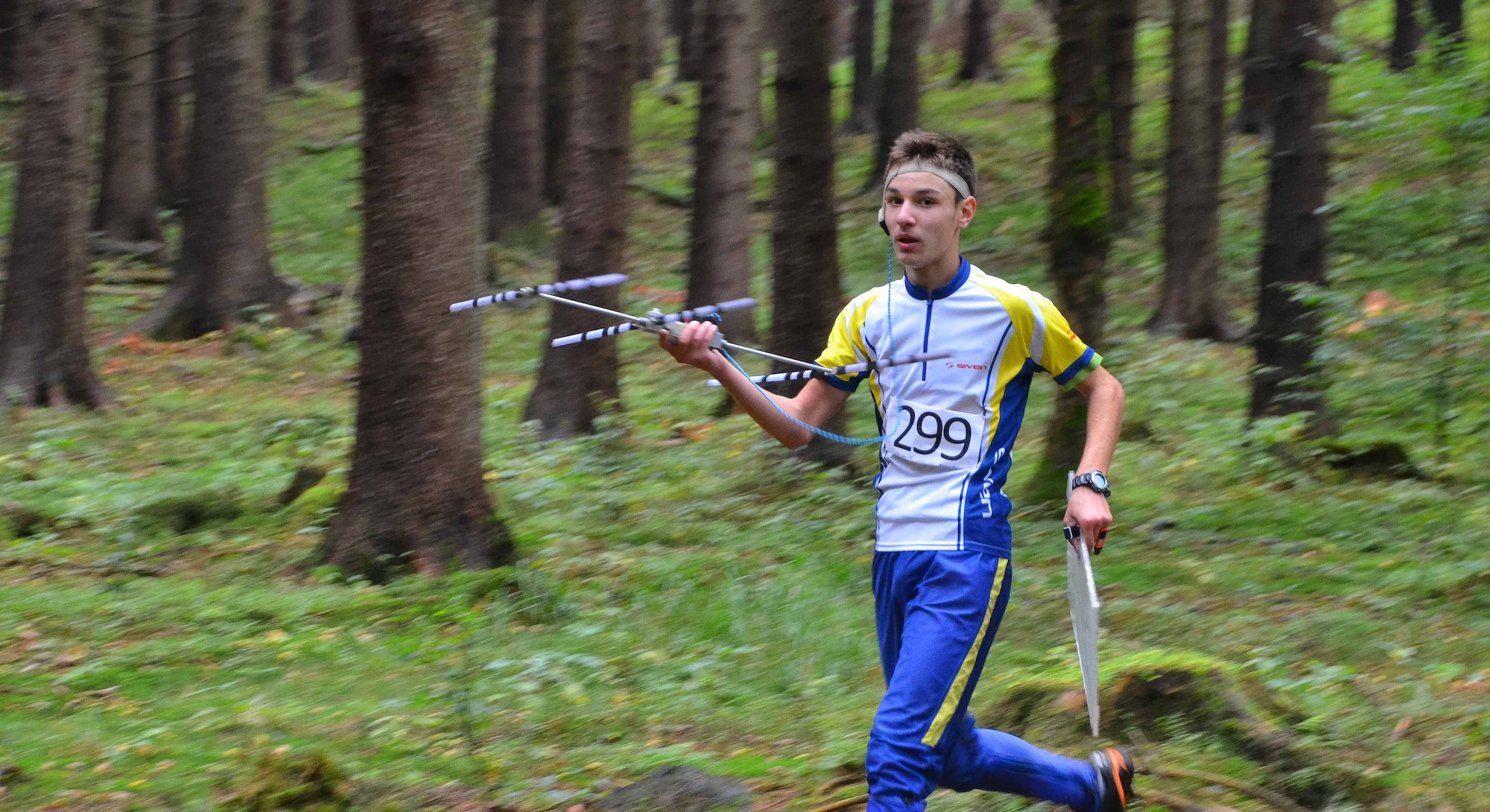 Every two years, competitors from 25 different countries descend upon a forest, armed with the direction-finding tools of a bygone era. They wave large, pronged radio receivers — the kind you may find straddling a retro TV — or small coiled units into the air, listening to hidden messages floating among the trees.

The game they’re playing is called Amateur Radio Direction Finding (ARDF) — a radio-based Marco Polo where the athletes often build their own radio receivers and hunt down five different hidden transmitters in the wilderness. They’re racing against the clock and one another.

Radio direction finding has existed for nearly as long as radio itself (the late 19th century). The military uses it for practical reasons, utilizing it to “triangulate,” or locate, hidden military bases, transmitters, and submarines that would otherwise be a secret. (The basic technique, with different technological adaptations, was used in both World War I and World War II.) Now, radio direction finding has become a sport that combines the geeky charm of ham radio, the outdoor skills of orienteering, and the endurance of cross country.

Bob Frey is an ARDF athlete who has competed since 1999 and has attended four World Championships. “It’s a mental game of hide and seek,” Frey tells Inverse. “There’s so many parts to it. [You’re thinking], Where am I? Which direction is the transmitter? Hopefully I don’t get lost.”

Even the best competitors will admit they do get lost on occasion. But there’s something about the sport that keeps competitors coming back year after year. It’s the rush of racing mixed with the pride that comes from knowing you can trust your brain under pressure.

Jerry Boyd has been an ARDF competitor since 1999 and has attended three World Championships. “If you want to compete, you have to move fast,” Boyd tells Inverse. “It’s thinking on the fly.”

What makes Amateur Radio Direction Finding a sport? — To really understand ARDF, you need to know the basics of how radios work.

Each frequency creates a different flavor of competition, explains Ole Garpestad. He is the vice president of the International Amateur Radio Union (IARU), an international governing body for ham radio operators. Garpestad has been presiding over the Amateur Radio Direction Finding World Championships since the first one was organized in the 1980s.

The 3.5 megahertz competitions require receivers with large antennas. Those are cumbersome to run with (people get around this by building them out of flexible materials that can move through brush, like tape measures), but they provide steady and accurate signals that make navigating easier.

“It’s good for a starter,” Garpestad tells Inverse. “It’s even better for a fast runner.”

The 144 megahertz waves don’t pass through large objects and instead might be reflected around the forest. Each one of those reflections is about 60 to 70 percent accurate, but following any one signal with too much confidence can lead a competitor down a false trail. This can even happen to seasoned competitors, like Joseph Huberman, an ARDF athlete from Raleigh, North Carolina, who has competed in five World Championships.

“It’s thinking on the fly.”

During a competition in Eastern Europe, Huberman was running along a ridge, certain he was en route to a transmitter. All of a sudden he received a signal indicating he was going in the wrong direction. He changed course, climbing 70 meters down a gorge only to find nothing.

“The signal that I was getting was from bouncing off the other side of the gorge,” Huberman tells Inverse. The real transmitter was just 30 meters off the trail. He had run right past it in pursuit of the reflection. “It's a question of using a whole bunch of different techniques to finally determine whether something is the right signal or not.”

Competitors don’t always find their way home. Sometimes, but not frequently, a disoriented competitor might wander off course into the wilderness (the courses aren’t typically big, and most elite competitors usually end up doing about 10k worth of running). In one particularly dramatic event, Garpestad had to send a search party out for a competitor who wasn’t found until the next morning.

In some cases, he chalks these errors up to adrenaline and the intensity of ARDF’s defining characteristic: thinking on the fly.

“Once the adrenaline starts going, you feel hectic, like you’re in a hurry,” he says. “Then, sometimes, you make mistakes.”

The Michael Jordan of Amateur Radio Direction Finding — ARDF champions come in many varieties because there are so many different types of events to win. The World Championships are comprised of four different types of activities:

A world champion is crowned in each one of these events in a variety of age categories.

“Almost all countries who take part have had some champions,” Garpestad says. But countries from Eastern Europe and Asia tend to dominate, he says, because the sport has been more popular there than in Western Europe or the Americas. (At this point, he still says they’ve yet to have a competitor from South America compete at Worlds.)

The spirit of Amateur Radio Direction Finding — These days, you don’t have to construct a receiver from scratch to compete — although many purists still do. Making your own transmitter is often referred to as “homebrewing” in ARDF circles, and it forms the basis of the sport’s DIY culture.

Garpestad and a stable of “old-timers” cling to the sport’s ham radio roots. “A lot of us took pride in also actually constructing [the receiver],” he says. In the sport’s early days, physical fitness came second to the engineering aspect.

These days, you need a bit of both. Kits have made antenna construction more accessible, and not all competitors even build their receivers, Garpestad laments. He worries that one day, fast runners will outpace the radio nerds.

“Once the adrenaline starts going, you feel hectic.”

Fast runners do often excel in the “more straightforward” 3.5 megahertz competitions — the ones where you’re less likely to be pulled off track by a rogue reflection. But the best players, particularly in the more tricky 144 megahertz competition, still need to understand the complexities of radio unless they want to end up wacking their way through underbrush pursuing a false trail.

Boyd remembers one competitor at the 2001 U.S. National Championships who misread the signals so badly, he wandered off the map. The team had to send out a search party and eventually located him wandering along a forest road. “We found him,” says Boyd. “You know, a couple hours after the last person came across the finish line.”

Though the runners are a force to be reckoned with, ARDF enthusiasts still love to build things. Boyd has 3D printed bespoke parts for his projects, and athletes are generally eager to show off their receivers and help others troubleshoot in the parking lot of each competition.

It’s not uncommon to see soldering irons and spare parts at the finish line — proof that ARDF’s heart is still equal parts running and radio.

“You're a competitor on a course,” Frey says. “But before that, if you need a spare receiver? Hey, no problem. Everybody’s willing to help everyone else.”

NOT SPORTS is an occasional series from Inverse. Do you have something that's not a sport but almost a sport you'd like to see featured? Fill out a suggestion form.