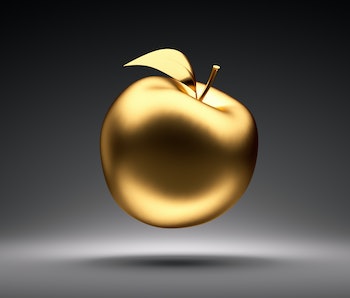 It's no secret 2020 pushed mental and physical health to the limit. As a new year approaches, you might find yourself looking to nutrition as a means to supercharge the immune system, shed the so-called "quarantine 15," or stave off disease.

But in a wellness world flooded with fad diets, "miracle" cleanses, immune boosters, and superfoods, choosing what and how to eat becomes complicated. To filter out the sham solutions and zero in on evidence-based strategies, here are 10 diet tips pulled from influential scientific studies Inverse reported on in 2020.

This article is designed to provide helpful information and break down the complex science of food — not give medical advice. Any dietary intervention should be considered with the guidance of a health professional.

1. To support the brain and body, eat Mediterranean

Some of the planet's healthiest people live off the coast of the Mediterranean. Their diet, appropriately packaged as the Mediterranean diet, is associated with astonishingly low risks of heart disease, diabetes, stroke, and metabolic syndrome.

The Mediterranean diet's stellar health effects have led some doctors to consider it the "ideal diet" for health and longevity, and rank it healthiest compared to other popular diets.

The Mediterranean diet has an especially powerful effect on the mind, according to a 2020 evaluation of 7,758 people. This analysis was observational but adds to a growing list of studies and randomized controlled trials linking the Mediterranean diet to positive mental and physical outcomes.

In a study published in April, researchers found that people who ate a Mediterranean diet had a higher cognitive function and less risk of cognitive impairment as they age. Meanwhile, other studies suggest eating Mediterranean can boost metabolism and cardiovascular health.

Currently, the Mediterranean diet is the "most scientifically supported" dietary pattern for reducing cardiovascular risk, study co-author Gal Tsaban, a researcher at the Ben-Gurion University of the Negev, told Inverse.

2. For a longevity boost, add fish

In a review published in September of decades of nutrition studies, researchers outline why going Pesco-Mediterranean is key for health and longevity. The Mediterranean diet helps protect the heart and stave off issues like metabolic syndrome, diabetes, obesity, depression, breast and colorectal cancer, and neurodegenerative diseases like Alzheimer's disease, according to the analysis. Overall, it was found to lower the risk of early death from any cause.

When extra fish is added in, there are even better outcomes. A meta-analysis of five prospective dietary studies found that compared to regular meat-eaters, heart disease mortality was 34 percent lower in those following a pescatarian diet.

"This is not a diet that's going away," James O'Keefe, lead author of the study, told Inverse. "This is the future of the eating pattern with respect to what's ideal for health, especially cardiovascular health, but also if you're trying to keep a sharp mind and prevent depression, obesity, diabetes, osteoarthritis, all those kinds of things."

Another crucial strategy to live longer, healthier, is eating whole, minimally processed food. In a study published in December including over 22,000 people, those who ate lots of ultra-processed foods — items like frozen meals, hot dogs, and salty snacks — were 26 percent more likely to die of any cause. They also had double the risk of dying from cardiovascular diseases like heart attacks and stroke.‌

The research suggests that although this food group may be cheap and convenient, avoiding it could add years to your life.

"Analyses of ultra-processed foods say that nutritional content is not the only criterion to say whether we are eating healthy or not," study co-author Marialaura Bonaccio told Inverse. "Food processing may represent a risk factor for adverse health outcomes itself."

4. To support the microbiome, limit sugar

In the past few years, scientists have uncovered crucial links between the gut, mental, and physical health. In a November study, researchers discovered sugar consumption can disrupt the gut microbiome, make animals vulnerable to colon inflammation, and may lead to inflammatory bowel diseases like Crohn's disease.

"Our study suggests that avoiding high-sugar diet is an option for the prevention of inflammatory bowel disease and other inflammatory and metabolic diseases," the study team wrote.

Limiting sugar could have a cascade of other positive effects, too. Too much of the sweet stuff has been linked with obesity, cholesterol abnormalities, and high blood pressure, a trifecta called metabolic syndrome. Ultimately, metabolic syndrome can lead to type 2 diabetes, heart disease, stroke, and even death.

Depression is often treated using a combination of therapy and medication. But mounting scientific evidence suggests what you eat also has a huge effect on mental health. Diet may even reduce symptoms of depression — in a 2015 study, scientists advocate nutrition and diet be routinely incorporated into future psychiatric clinical practice.

Positive changes to a diet can include consuming more foods with high nutrient counts, such as fruit and vegetables, fish, and whole grains. A study of over 10,000 Spanish students found that the Mediterranean diet (which includes vegetables, fruit and nuts, cereal, legumes, and fish) may reduce the risk of depression.

Scientists and nutritionists also suggest eating foods high in "antidepressant" nutrients including iron, omega-3 fatty acids, magnesium, potassium, selenium, vitamins A, B, C, and zinc. Some food items to add in are leafy greens, yogurt, and fermented foods. These foods don't guarantee a happy, healthy mind, but they can help.

6. To combat the climate crisis, switch up your diet

To get at solving such an overwhelming planetary problem like climate change, scientists suggest swapping in plant proteins — beans, nuts, lentils — for meat and dairy as much as possible. These daily switches can help bolster forests, which sequester carbon and curb climate change.

Widespread dietary shifts toward a plant-based diet could theoretically remove as many as 16 years worth of global carbon emissions from fossil fuels.

A study published in November on the effects of high-protein total diet replacement products found they induced:

It's too early to say high-protein powders or nutrition products give people an edge over other forms of protein like beans, tofu, or chicken. The bulk of literature shows eating a higher proportion of protein from whole food sources can help people feel satisfied while building muscle and getting leaner.

As the effects of Covid-19 ripple through society, people are searching for ways to hijack the immune system and fight the virus. Sales of purported immune boosters like vitamin C and zinc have skyrocketed, while search engine inquiries have surged.

While you can't fire up the immune system like a flipped switch, eating antioxidant-rich foods like berries, spinach, and avocado can ensure you are getting enough nutrients for optimal immune function. Research suggests that diets that lack certain nutrients like vitamin E, A, zinc, protein, and essential fatty acids can hamper the immune system.

A plant-based diet with lots of fruits, vegetables, and protein can help you get the nutrients you need. Cutting down on sugar, sugar substitutes, and processed foods, which wear down the gut and influence the body’s ability to fight infections, can also help.

"You can supplement yourself from here to eternity, but if you're not eating the right foods, you're not going to have a healthy, functioning immune system," Taz Bhatia, a primary care physician at Centre Spring MD, told Inverse in April.

This year, on TikTok and YouTube, people raved about “metabolism drops" — supplements designed to boost energy and accelerate weight loss. Also known as “skinny drops," these wellness "hacks" are especially popular among teenagers.

But according to experts, metabolism drops and supplements are unregulated and pose mental and physical health risks, especially to young people. Metabolism isn't a bodily system that's easily hacked with any food or supplement. The best way to ramp up this internal system is by working out.

According to a February study on 266 ultramarathoners, electrolyte supplements and sports drinks actually do little to keep electrolyte levels balanced, boost performance, or prevent illness from hitting. The findings upend common wisdom on athletic recovery.

And while this study specifically examined how well electrolytes served elite athletes, these findings also have implications for weekend warriors and 5K enthusiasts. There’s little reason to add electrolyte supplements on top of drinking water and eating a nutrient-rich diet if you're a casual athlete.

Instead of reaching for a Gatorade during a long race, scientists suggest eating potato chips as a way to balance salt levels.

“Drink when you're thirsty and eat salty snacks,” Grant Lipman, study co-author, told Inverse. “If you're feeling nauseous and dizzy and fatigued and feeling bloated and you're not thirsty, you might be over-hydrated and have salt levels are too low.”

More like this
Mind and Body
Jan. 21, 2023
Do detox diets work? A dietician breaks down the murky science
By The Conversation and Taylor Grasso
Mind and Body
Jan. 15, 2023
The power of “non-negative” thinking
By Sarah Sloat
Mind and Body
Jan. 23, 2023
Can spicy food boost our gut health? Here's what the science says
By Katie MacBride
LEARN SOMETHING NEW EVERY DAY.
Related Tags
Share: