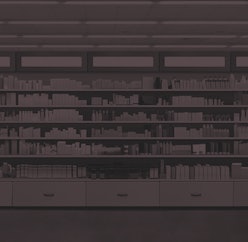 On TikTok and YouTube, people are raving about “metabolism drops," supplements designed to boost energy and accelerate weight loss. Also known as “skinny drops," these wellness "hacks" are especially popular among teenagers.

But according to experts, metabolism drops are totally unregulated and pose serious mental and physical health risks, especially to young, developing brains and bodies.

As social media makes informal marketing easier than ever, regulatory agencies and consumers are having difficulty reckoning with an increasingly influential supplement industry. But while it can be confusing determining which health products are legitimate, the science is not: Metabolism can't be hacked, and the ingredients in metabolism drops can't be backed by any study as verifiable weight loss aids.

Two top public health experts tell Inverse that no weight loss supplement is worth taking, no matter how flashy or convincing the product appears.

David Ludwig, a nutrition researcher at the Harvard T.H. Chan School of Public Health, puts it simply: “Don't buy it!” Ludwig says there's "no evidence that any of these over the counter metabolism boosters are effective.”

Sharon Akabas, a professor of nutrition at Columbia University, agrees, and calls the drops a "false promise."

“These kinds of products tend to provide some kind of immediate gratification — a magic wand," Akabas says. "If it's too good to be true, it isn't true.”

After these videos officially went mainstream, Rae Wellness removed the supplements from online and brick-and-mortar stores. But with Rae’s drops off the market, another company Dao Wellness fills the void and offers a comparative product: “skinny drops.”

These products — like all vitamins and supplements — are completely unregulated. There is currently no legislation or approval process from the Food and Drug Administration or other regulatory body ensuring supplements are safe or work effectively.

Supplement companies — even those with third-party certification — typically only test that what’s on the label is in the pill, Akabas explains. The certification doesn’t show that it’s safe or that it’s going to work.

“There's no legislation that requires that any company, even the most responsible one, to prove safety and efficacy in a supplement like this,” Akabas says.

And even if the supplements do deliver on their claims, the efficacy could come at a cost, namely heart problems and liver damage, explains Ludwig. In the past, weight-loss substances like ephedrine have been banned by the FDA for posing an "unreasonable risk of illness and injury."

Ludwig acknowledges that, most likely, supplements like "skinny drops" won't actually do anything. Still, he's concerned that they could be effective at all. If that was true, then "they're highly likely to be toxic at the same time.”

What’s in a drop?

Some of the major ingredients included are raspberry ketones, caffeine, taurine, green tea leaf, and dandelion root. None of these ingredients have been rigorously tested over the long term.

“We actually have very little data,” Akabas explains. “And part of that problem is the fact that these products can be sold without any regulation or pre-market testing."

"It means that we're just doing a big experiment in the population.”

Caffeine appears to speed up metabolic rate in the short term but has no long term effect on weight loss, research shows. The stimulant can also have an ill effect on the brain.

“Anxiety is exacerbated by caffeine, particularly in vulnerable individuals, which are often adolescents,” Cecile Marczinski, a researcher at Northern Kentucky University, tells Inverse.

The negative effects on mood could exacerbate unhealthy dietary patterns and eating disorders. Furthermore, it's rare that teenagers are doing one thing to achieve weight loss, Akabas explains. These supplements may be combined with diuretics, purging, and anorexia among other tactics.

"Short-term weight loss should never be a health goal for an adolescent," Marczinski says. “Use of these products also do not promote a long-term view of health that includes regular exercise and maintaining a healthy diet."

There’s some evidence raspberry ketones also increase metabolic rate, but only in extremely high doses. Any quantity that would make a measurable difference would likely cost hundreds of dollars and be impractical to consume, as well as come along with extra calories and salt, Ludwig explains.

Ingesting these ingredients can lead to relatively minor side effects like digestive issues, sleep disruption, jitters, and elevated blood pressure, to more severe consequences, like heart attacks and liver damage.

Metabolism is a catch-all term in the world of wellness: Everyone wants to harness, ramp up, boost, and rev their metabolism as part of the eternal quest to slim down or gain energy. Teenagers aren’t the only ones trying to speed up their metabolism: Goop sells a 90 dollar “High School Genes” supplement pack aimed at women frustrated by their “slowing” metabolisms.

In reality, human metabolism isn’t a system you can easily hack: It’s the chain of chemical reactions that occur as the body converts food or drinks to energy. Our metabolism makes the body’s basic functions possible — breathing, thinking, circulating blood, and repairing cells in the body.

Human metabolism is dynamic and individual to each person, influenced by their body size and composition, sex, and age. Metabolism tends to slow down later in life because people often lose muscle and accumulate fat as they age: Muscle burns more calories at rest than fat does, so metabolic rate tends to slow with less muscle in the body. That’s why heavier-set people tend to have higher metabolic rates, too.

The only tested ways to boost metabolism? Exercise, physical activity, and strength training. Working out can trigger an “afterburn,” upping metabolic rate for a few hours after a session. Meanwhile, strength training helps build muscles and fight against muscle loss.

Supplements like metabolism drops, in contrast, present as fitness short-cuts, offering a quick, convenient way for people to bypass these daily habits — all while introducing ingredients that could be doing more harm than good, Ludwig says.

Ultimately, scientists don't know supplements like these will affect people, both in the short and long term. It's also not known how their ingredients may interact with other drugs, like antidepressants or ADHD medications.

Even though there’s missing science, influencers’ first-hand reviews are still prompting teenagers and adults to try metabolism boosters: Dao’s “Skinny Drops” are currently at low-stock on their site, indicating high demand, despite the unknown risks.

“All of these things look attractive to all of us at any age, and we're incredibly vulnerable and susceptible to scams,” Akabas says. It’s not just teenagers.

At the end of the day, adolescents and older consumers need to be skeptical and do their research before taking any supplement, Akabas says. They can’t rely on producers to keep them safe.