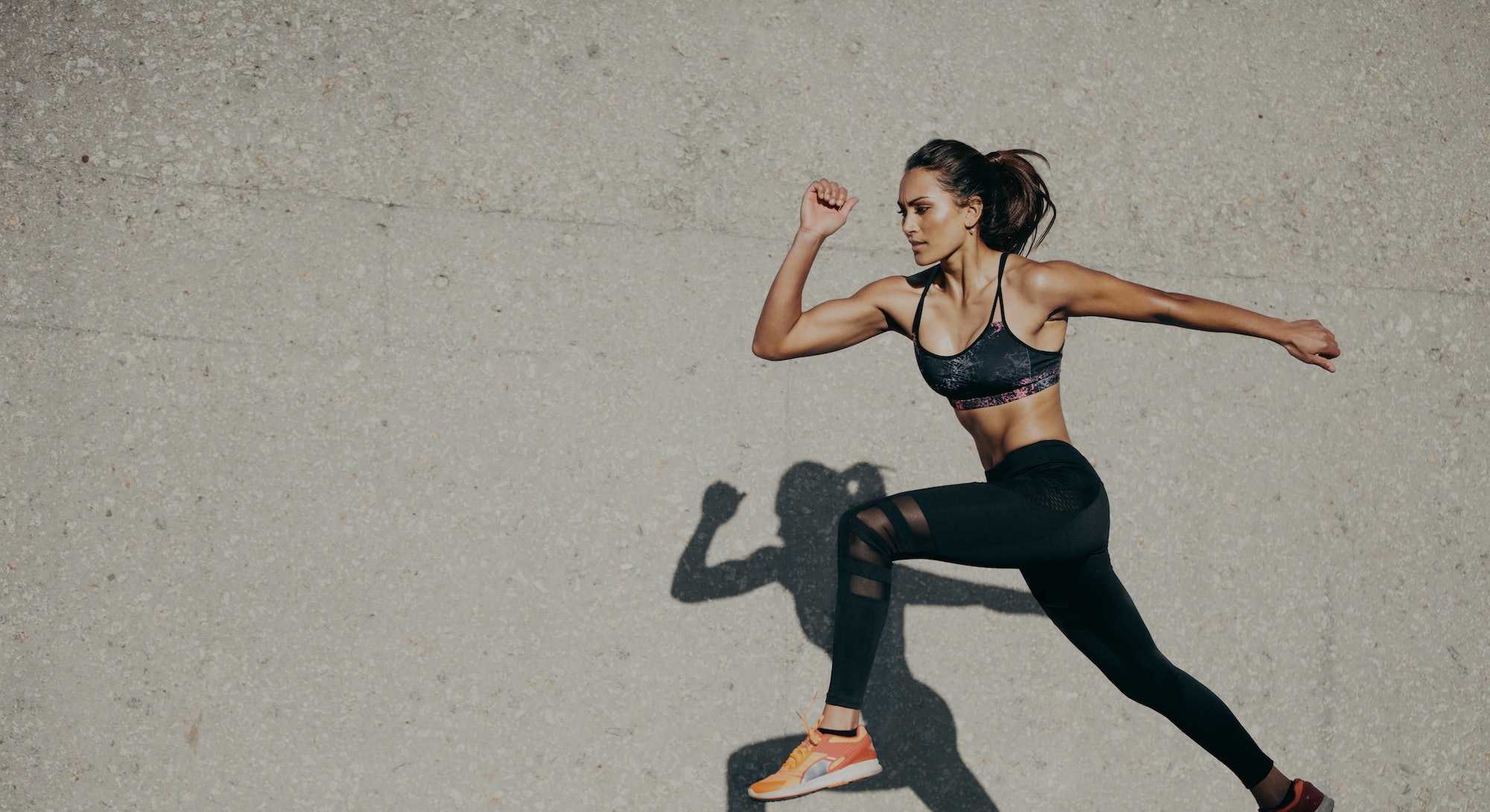 Going vegan has traditionally been linked to a desire to protect animals and curb one’s carbon footprint. But over the last decade, athletes like Venus Williams and Kyrie Irving have gone “plant-based” for other reasons: to get better, faster, and stronger. Athletes including, but not limited to, UFC fighters, linebackers, and marathoners are seeing major gains and accelerated recovery after going vegan — and raving about the results.

The evidence suggests that the nutritious elements of plant-based foods reduce inflammation and aid recovery — which can help your body bounce back when you’re testing its limits. However, cutting animal-based products out of one’s life isn’t always simple. Experts say individuals can suffer from nutritional deficiencies and energy imbalances if they jump in with reckless abandon.

So if you want to use plants to hack your performance, whether you’re preparing for the New York City Marathon or chasing your toddler around the backyard, here’s your guide.

When Tim VanOrden went vegan, it wasn’t for ethical, health, or environmental reasons. He wanted to look younger. As an actor in his mid-20s, VanOrden feared losing his hair and getting wrinkles, and his ex suggested going vegan could prevent some of these aesthetic downfalls.

Twenty years later, he’s not sure whether those promises hold water — “age catches up with everybody regardless of diet,” VanOrden tells Inverse — but he is certain of one thing.

Veganism helped VanOrden become one of the world’s top trail runners, even when he had aged out of his physical prime. He also claims it alleviated his problems with insomnia and lessened his depression. VanOrden is invested in the diet, personally and financially, as he’s currently the founder and coach at Running Raw, a vegan athlete training service.

VanOrden is 51 years old now and has maintained a vegan diet for the last 21 years. And while many of his competitors are slowing down, getting injured and feeling the toll of midlife, VanOrden is getting faster.

"I’m still approaching some of my fastest times ever in my life.”

“Many of the people that I’ve been competing with now for well over a decade — extraordinary athletes — they’re beginning to decline rapidly, and I’m not seeing any decline at all,” he says. “In fact, I’m still approaching some of my fastest times ever in my life.”

Research indicates that veganism — a diet rich in fruits, vegetables, whole grains, nuts, and seeds — can lower blood pressure, cholesterol, risk of heart disease, and stroke. It’s possible that the diet may also support athletic performance, like it has for VanOrden.

Athletes often report major improvements when they go “plant-based.” That means eating almost only plants or going full vegan. These improvements include feeling more energetic, experiencing accelerated recovery, and having a heightened ability to train longer and more efficiently.

“When I gave up meat, I remember the uptick in energy was incredible,” Kevin Randazzo, 30, an amateur vegetarian runner who has dabbled in veganism, tells Inverse. “I just felt more awake and less crappy and rundown.”

When the Trail Blazers’ Damian Lillard made the switch to a vegan diet, he experienced a similar change. In a 2017 interview, Lillard said he used to think the diet was “all hype,” but after going vegan, he felt lighter and like his playing was easier on his joints.

“How can you get as strong as an ox without eating any meat?” someone asked Baboumian.

“Have you ever seen an ox eating meat?” he replied.

David Rogerson, a sports performance expert and nutritionist at Sheffield Hallam University, attributes these benefits to the quality and composition of foods a vegan diet necessitates. Rogerson authored an article exploring the relationship between a vegan diet and athletic performance published in the Journal of the International Society of Sports Nutrition in 2017.

Rogerson explains that a diverse vegan diet includes lots of nitrate-rich, antioxidant-rich, and carb-heavy foods, which reduce inflammation and aid recovery. Nitrate-rich foods like beets, garlic, citrus, and leafy green vegetables increase vasodilation, or the widening of blood vessels, which speeds up the rate of blood flow. In turn, faster blood flow means the body can better transfer oxygen around the body.

“If you are an endurance athlete, it means that you’re going to be able to improve your endurance ability because you’re able to transfer energy around the body at a more rapid rate,” Rogerson says.

Eating vegan also often means consuming lots of carbs. Not white pasta or bread, but whole grains like farro and quinoa. Increasing the availability of carbs means more energy for longer. This means that, ideally, you can run 10, 25 or 50 miles and not feel a crash.

"So if you can recover faster on a plant-based diet, then you can handle a larger training load.”

In VanOrden’s experience, when athletes switch to a plant-based diet, they almost always say they recover faster. He compares the effect to how and why people take steroids to gain a competitive edge by being able to train longer. The idea is that the antioxidants in your food — the compounds that make cabbage purple and carrots orange — reduce inflammation in the body. Less inflammation means quicker recovery and a better ability to repair muscle damage from tough workouts.

At first glance, going plant-based might be overwhelming or complicated. It takes time and money to invest in supplements, produce, or protein powder. But for most people, restocking your pantry with these additives isn’t necessary.

“There is one common denominator for everybody and that is eating a lot of non-starchy produce — you can’t go wrong with that,” Mareya Ibrahim, a nutrition coach and author of Eat Like You Give a Fork: The Real Dish on Eating to Thrive, tells Inverse. She explains that eating a colorful, diverse diet of fruits and veggies offers more nutritional bang for your buck and minimizes foods like saturated fat and sugar that slow you down and contribute to disease.

Ibrahim recommends shopping in the bulk aisle of the grocery store for multi-purpose items like almonds and oats, as well as visiting the local farmer’s markets for the freshest local produce.

“The best part about it is, if you like to cook, it’s pretty easy and simple just sticking to actual foods that are real and that you can prepare yourself,” Randazzo says.

It is possible to eat a vegan diet and not be super healthy. Foods and spreads like soy sausage and vegenaise are about as nutritious as macaroni and cheese. If approached carelessly, vegans can miss out on important nutrients like B12 and certain fatty acids like DHA, iron, and protein. These nutrients help protect the brain from neurological disorders, support the immune system, build muscles, fight fatigue, and promote cellular function.

You can replenish iron by eating foods like spinach and broccoli, as well as kale, peas, and black beans for protein. B12 and fatty acids like DHA are found in animal products, so they can be replaced with supplements like fish oil and B12 supplements.

If you don’t want to go entirely vegan, Rogerson explains that eating some animal products occasionally to get these nutrients won’t reverse the benefits of eating plant-based most of the time. He suspects the benefits of veganism — more energy and better recovery — come along with other diets like the Meditteranean diet, or plant-heavy diets including moderate amounts of lean meats, dairy products, and fatty fish. It’s more about all the plants you’re adding in, rather than everything you’re taking out.

“There are advantages in becoming plant-based because of the types of foods it promotes, but that’s not to say you can’t achieve that success by eating meat periodically or having dairy products,” Rogerson explains.

“Polarized thinking is really common in nutrition — foods are either good or bad. Society probably needs to get away from that way of looking at food and diets; it isn’t good or bad or all or nothing.”

Ibrahim agrees, noting that it’s okay to have a diet that hits a happy medium.

“There is a difference between shaming, or feeling guilty, and mindless eating,” she notes. “The more we focus on the foods that don’t necessarily come in a package and [do focus] on the ones that come from the ground, I think that’s not a bad place to be.”

Slow and steady wins the race

According to VanOrden, joining the world of plant-based performance is a process. It’s not about jumping in headfirst and overhauling your entire life. It’s about consistency and sustainability.

“If you’re going to make a choice or jump into a new domain that is so far away from what you’re habitually used to, it’s not going to last,” VanOrden explains. “For the vast majority of people, if they really want to shift in a more powerful direction, making small choices and then celebrating the steps along the way is what works.”

He recommends building a plan that’s sustainable, and only looks a little different than what you’re already doing. Maybe that’s adding in one plant-based meal a day like Oprah or reducing meat servings from daily to weekly.

Eating more plants and less meat won’t transform you into LeBron James or Michael Phelps, sure. But evidence suggests eating more plants may help you bounce back from a 10K, run that extra mile, and have a bit more energy overall.