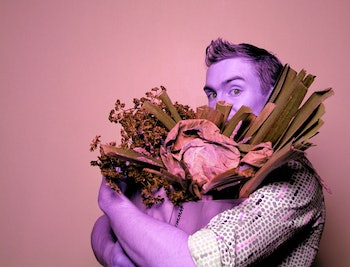 Some of the planet's healthiest people live off the coast of the Mediterranean. Their diet, appropriately packaged as the Mediterranean diet, is associated with astonishingly low risks of heart disease, diabetes, stroke, and metabolic syndrome.

The Mediterranean diet's stellar health effects have led some doctors to consider it the "ideal diet" for health and longevity, and rank it healthiest compared to other popular diets. In a new nutrition study, researchers discovered that a few small tweaks may make the Mediterranean diet even more effective — at least for men.

The researchers say the so-called "green Med" diet — which drastically limits red meat intake and increases green plant intake — can boost metabolism and cardiovascular health when paired with physical activity. These findings were recently published in the journal Heart.

Currently, the Mediterranean diet is the "most scientifically supported" dietary pattern for reducing cardiovascular risk, study co-author Gal Tsaban tells Inverse. Tsaban is a researcher at the Ben-Gurion University of the Negev.

"The results of the current study suggest that a green-MED diet may have even better metabolic effects, as compared to a diet following the healthy dietary guidelines and the traditional Mediterranean diet," Tsaban says.

HOW THIS AFFECTS LONGEVITY — Scores of studies suggest eating a plant-rich Mediterranean diet benefits the mind and body. Recent data also shows it can ramp up the metabolism and contribute to weight loss.

In this study, the team examined whether a greener version of the diet, meaning higher in green plant food sources and lower in red meat intake, could be even healthier.

The study included 294 people, but because only 35 of the participants were women, the final results were limited to men. The average age of the group was 51-years-old, and the participants were classified as sedentary and moderately obese. They were randomly assigned into three dietary groups:

All participants adhered to the diet assigned to their group for six months while reporting what they ate, drank, and their physical activity. After this experimental period, researchers tracked the effect of each of the diets on weight loss and cardiovascular and metabolic risk factors.

WHY IT'S A HACK — When examined head to head, the study team observed that the green Med group experienced the greatest reduction in waist circumference, LDL cholesterol (the sort considered to be 'bad' cholesterol), and systemic inflammation.

Taken together, these changes resulted in improved heart health among those on the green Med diet —a nearly two-fold fall in the 10-year Framingham Risk Score. This is a calculation used to predict the likelihood of serious heart disease over the next decade.

Tsaban admits his team was "certainly surprised" by the results.

"We did not expect reductions in LDL cholesterol and an impressive —almost 25 percent — reduction in systemic inflammation," Tsaban says.

SCIENCE IN ACTION — Following the green Med diet doesn't require calorie counting or specific macronutrient combinations. Instead, one should eat an abundance of:

Based on these findings, the changes that transform the Mediterranean diet into a green Med diet — less meat, more green plants — may amplify beneficial cardiometabolic effects if followed by men. More research conducted on women is needed to know if they would see similar benefits.

HACK SCORE OUT OF 10 — 🥒🥗 🥑 (Extra green plants give the Mediterranean diet an edge, health-wise.)

Background A Mediterranean diet is favorable for cardiometabolic risk.

Conclusions The green MED diet, supplemented with walnuts, green tea and Mankai and lower in meat/ poultry, may amplify the beneficial cardiometabolic effects of Mediterranean diet.