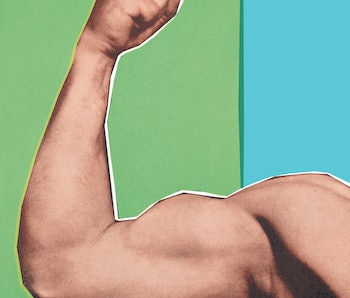 Sitting was already developing a bad reputation before it became defined by time spent in work-from-home office chairs. In recent years, studies have linked sitting for more than 10 hours a day to higher healthcare costs — and a higher risk of death.

In an effort to take down sitting, the World Health Organization (WHO) has changed the way it describes sitting’s nemesis: physical activity. And anyone wary of hours on a treadmill might be glad to see a few key changes to what WHO considers exercise.

Last week, WHO updated its guidelines for physical activity for the first time since 2010. The guidelines were published in a special edition of the British Medical Journal.

Moderate exercise feels like a five or six out of ten effort level. If time is a factor, the guidelines suggest upping the intensity. In that case, adults should aim for 75 to 150 minutes of moderate to vigorous exercise — effort you might rate a five or higher out of ten.

Emmanuel Stamatakis is a co-author of the revised guidelines and a professor at the University of Sydney. He tells Inverse that sitting itself isn't unhealthy — sedentary behavior, after all, is part of a normal life. However, low levels of exercise in addition to lots of sedentary time "seems to add insult to injury," Stamatakis says.

"The true culprit is that our civilization has engineered an environment where it is hard to be physically active but offers ample opportunity to be sedentary," he tells Inverse.

For adults, the guidelines contain three signs that WHO is updating the way it sees exercise and its ability to help offset the dangers of sedentary life:

No more minimum – The previous edition of the WHO’s physical activity guidelines recommended bouts of exercise last at least 10 minutes. The new guidelines eliminate that requirement due to new evidence suggesting that even a little bit of exercise is worthwhile.

A 2019 study on 12 editions of the National Health Interview Survey – a yearly collection of data on the health of U.S. citizens – found that short, leisurely activities were associated with a lower risk of death. Walking, gardening, or dancing in a non-vigorous way for between 10 minutes and one hour per day was linked with an 18 percent lower risk of death compared to those who did nothing.

A study published last week in the special edition of the British Medical Journal strengthens the idea that movement, not just exercise, has the potential to offset sitting’s dangers.

The study reviewed nine previous papers that traced more than 44,000 people with fitness trackers. The authors found that those who performed between 30 to 40 minutes of moderate to vigorous exercise reduced the risk of death linked to sedentary time.

However, that reduction could be achieved in two ways.

That suggests simply reducing time spent sitting around can help lower risk of death, in addition to exercise.

A new focus on lifting – The old WHO guidelines did mention that adults should engage in muscle-strengthening activities at least twice per week. That recommendation holds in the new guidelines.

However, the new guidelines draw more attention to the importance of continuing to do strength training as people age. Promoting strength workouts, the authors write “have been largely forgotten or ignored in the past.”

"There is a specific recommendation on strength promoting exercise because it is clear that it has benefits that are over and above those of aerobic physical activity," Stamatakis says.

Studies on resistance training suggest it can increase bone density and muscle quality (a measure of strength to muscle mass), which can prevent injuries from falling once people age. Weight lifting can also strengthen the nervous system – specifically the reticulospinal tract – which helps the body control coordinated motor activity.

A 2017 review of 16 resistance training studies found it had the greatest effects on reducing complaints of body pain and was linked with improvements to mental health.

Furthermore, the guidelines suggest that a strength routine should be carried into old age. This is especially true for adults over the age of 65 and older: Combining different types of exercise, including muscle and balance workouts, three days per week could help prevent devastating falls, WHO states.

A balanced picture – In general, exercise still appears to be the best way to combat sitting, in general, explains Fiona Bull. She is the first author of the guidelines and the Unit Head of Physical Activity at the WHO. If sitting for prolonged periods of time can't be avoided, upping the amount of exercise done during the day, even beyond the recommended limits, can help rebalance the scales, Bull says.

"Higher levels of physical activity can 'offset' the detriments to health of too much sedentary behavior in adults," she tells Inverse.

These guidelines are far from something you might find posted in a gym, but they are the kind of cues that schools or governments can use to influence what an exercise program looks like.

Overall, they present a far more balanced picture of what exercise truly is: It’s not just running endless hours on a treadmill or around the block. Even if the workout isn’t going to help you win any races, it might just help keep you alive.

Objectives: To describe new WHO 2020 guidelines on physical activity and sedentary behavior.

Results: The new guidelines address children, adolescents, adults, older adults and include new specific recommendations for pregnant and postpartum women and people living with chronic conditions or disability. All adults should undertake 150–300min of moderate intensity, or 75–150min of vigorous-intensity physical activity, or some equivalent combination of moderate intensity and vigorous-intensity aerobic physical activity, per week. Among children and adolescents, an average of 60min/day of moderate-to-vigorous intensity aerobic physical activity across the week provides health benefits. The guidelines recommend regular muscle-strengthening activity for all age groups. Additionally, reducing sedentary behaviors is recommended across all age groups and abilities, although evidence was insufficient to quantify a sedentary behavior threshold.

Conclusion: These 2020 WHO guidelines update previous WHO recommendations released in 2010. They reaffirm messages that some physical activity is better than none, that more physical activity is better for optimal health outcomes and provide a new recommendation on reducing sedentary behaviors. These guidelines highlight the importance of regularly undertaking both aerobic and muscle strengthening activities and for the first time, there are specific recommendations for specific populations including for pregnant and postpartum women and people living with chronic conditions or disability. These guidelines should be used to inform national health policies aligned with the WHO Global Action Plan on Physical Activity 2018– 2030 and to strengthen surveillance systems that track progress towards national and global targets.

More like this
Mind and Body
5.7.2022 12:00 PM
Barbell exercises might not work for everyone – here’s what to do instead
By David Rogerson and The Conversation
Mind and Body
5.4.2022 10:00 AM
Can dry scooping boost performance? Experts explain the viral workout hack
By Ali Pattillo
Mind and Body
5.16.2022 12:30 PM
Study: Being close to nature reduces the risk of stroke
By Nick Keppler
Related Tags
Share: