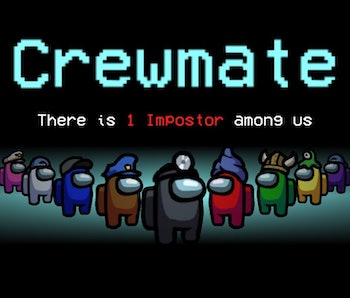 Among Us is steadily making its way to consoles. While the breakout multiplayer hit of summer 2020 was only available on PC, iOS, and Android initially, Innersloth is finally bringing Among Us to more platforms following its newfound success. A Nintendo Switch version came out on December 15 following an Indie World showcase, but a version for Xbox One, Xbox Series S, and Xbox Series X was confirmed after that.

If you're an Xbox player waiting to finally hop see what the fuss is all about with Among Us, this is everything that we know about the Xbox port of Among Us so far.

When is the Among Us Xbox release date?

While Among Us is already out on Nintendo Switch, the Xbox version of the game has a more vague release window. The Xbox Wire post that confirmed the console port revealed that Among Us will be released for Xbox platforms sometime in 2021. Because the Nintendo Switch version of the game was able to release fairly quickly after it became popular, we hopefully won't have to wait too much longer for Among Us on Xbox systems.

They could possibly time its release alongside the new map coming to the game. Whenever it does is released, the launch should be simultaneous across Xbox One, Xbox Series S, and Xbox Series X systems.

Is there a trailer for the Among Us on Xbox?

As of December 2020, no trailer for the Xbox ports of Among Us has been released. But you can check out the latest trailer unveiling the game's new map, as it shouldn't look too much different on Xbox One, Xbox Series S, and Xbox Series X.

What is Among Us?

If you are unfamiliar with Among Us, it is a simple casual party game where Imposters try to murder their fellow crewmates as they complete tasks around a ship. The ultimate goal is to not get caught, and during specific emergency meetings, players must try and defend themselves or accuse others of being the imposter. It's extremely easy to pick up and play and has easily made the transition to console.

Will Among Us for Xbox have any new features?

It should be fully updated and content compatible with other versions of Among Us at launch. Innersloth has also taken some steps to improve their account system in new updates, which a developer has previously said was necessary for console ports of Among Us to happen.

Xbox systems also support a unique mechanic that could fix one of the Nintendo Switch port's big issues: typing in a text chat. Xbox consoles currently have keyboard and mouse support for some games. While nothing has been confirmed yet, it's possible that Among Us could feature keyboard and mouse support on Xbox to avoid the chat issues of the Nintendo Switch version of the game. Having a built-in party chat on Xbox consoles should also help circumvent this issue.

Will Among Us be available on Xbox Game Pass?

When Among Us releases for Xbox One, Xbox Series S, and Xbox Series X in 2021, it will be on Xbox Game Pass from day one. While the game is pretty cheap at only $5, you won't even have to pay for it if you are subscribed to Xbox's service that's like a Netflix for games. As long as it's on the service, players can download and access the game at any time or purchase it at a 20 percent discount.

If you have Xbox Game Pass Ultimate or Xbox Game Pass for PC, Among Us is actually already part of the service. Since December 10, the game has been free to download on the Windows Store for Game Pass owners. Your progress should carry over to the Xbox versions of the game whenever they release in 2021.