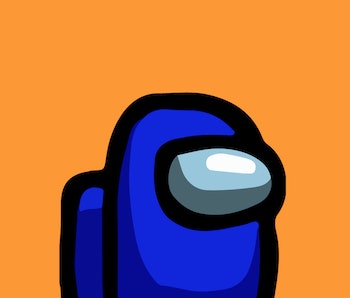 Among Us has risen to become one of the most beloved indie titles in recent memory thanks to its popularity among big-name Twitch streamers. The social deduction game's player base surged past three million in late September despite the fact that it's only available on PC, iOS, and Android. But thanks to an upcoming patch announced by Among Us developer InnerSloth on Tuesday, there's a glimmer of hope that it could soon be ported to PlayStation and Xbox.

The three-person dev team published patch notes on November 3 detailing several upcoming changes to Among Us as well as a roadmap towards future updates. One of those scheduled improvements was an in-game account system that would later be turned into a friends list, a feature that InnerSloth programmer Forest Willard previously said would be key to bringing the game to consoles.

UPDATE (12/15/20): Innersloth has released Among Us for Nintendo Switch following an announcement at an Indie World Showcase on December 15. The game support crossplay and could be the first step for Among Us to come to more platforms.

The patch notes reveal that a barebones version of an Among Us account system would arrive by an unspecified date in December to make it easier to "reported accounts that are toxic and/or hacking."

InnerSloth promised to refine its account structure into a friends list at "a later date," which almost certainly means in 2021. That could be when the team begins laying the groundwork for the long-awaited Among Us console ports.

Back in September, Willard played Among Us and chatted with a group of Twitch personalities. During that stream, he revealed that the game's lack of a friend's list was one of the main obstacles standing in the way of a console version.

"[A console port] is something we’re starting to talk about," Willard said on the stream. "But we'd have to write a system for quick comms ... for randoms, like Rocket League. I don’t know if we’d be able to implement console voice chat or not … One of the first things we’d want to add is a friends list type of account system … because it’s so hard to do anything without it."

As it stands, Among Us doesn't offer a built-in voice chat feature so players need to either use the in-game chatroom or hop on a third-party voice chat app, like Discord.

A native friends list would let players easily invite their buddies into lobbies and use resources like the PlayStation Network and Xbox Live's voice chat capabilities. Figuring out a way for players who don't want to use voice comms to still play in meaningful ways remains yet another hurdle for an Among Us console port.

Both PlayStation and Xbox consoles are compatible with mice and keyboards, but adding those peripherals to a gaming system is awkward. Willard's suggestion to create a quick communication system, like ping messages in Rocket League or the comms wheel in Overwatch, is an option, but that could also wind up being restricting.

A quick comms system might be able to let players pinpoint the location of a dead body or ping what task they were completing before a meeting, but more complex exchanges of information would be lost.

Alternatively, InnerSloth could make the console ports of Among Us voice chat-only, which could work with friends but might get toxic and annoying with random players.

To make matters more difficult, InnerSloth would need to rely on the PS Network and Xbox Live voice chat systems (which wouldn't allow for cross-platform comms) or they'd have to host their own voice chat service. The latter is basically impossible due to Among Us' massive player base and how small InnerSloth's team is.

Maintaining servers used by millions of users is a team effort on its own, which is why you seldom see games using their own cross-platform comms.

While the latest InnerSloth update didn't set a date for when Among Us could eventually come to PlayStation and Xbox, it did reveal that the devs are actively working towards making the port a reality. Once the friends list is rolled out in 2021, players could receive more news about Among Us' grand arrival on consoles.