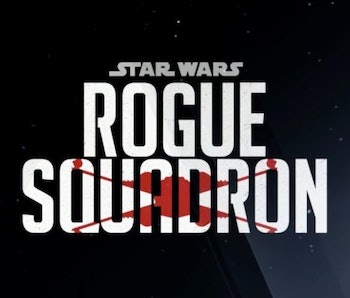 New stories are coming to the galaxy far, far away. The success of The Mandalorian proved that live-action shows can expand and explore the Star Wars canon outside of the movies. But Lucasfilm isn't done making blockbusters, and Disney's Investor Day presentation — an event that quickly became mini comic-con — revealed a ton of new projects that are sure to keep Star Wars fans content for a long time to come.

On December 10, Disney unveiled its plans for upcoming movies and TV at an hours-long shareholders meeting that was streamed online. The studio confirmed a host of new projects from Pixar, Marvel, and Lucasfilm that encompassed upcoming TV and film. While details are obviously being kept under wraps for many of these projects, Disney once again confirmed Taika Waititi’s Star Wars film while teasing new details.

If you were expecting a title or even some footage from the yet-untitled film, however, then there's some disappointment abound. Disney revealed that Waititi would be co-writing and directing a film set in the Star Wars universe back in 2019. There's still much we don’t know about the feature (where in the timeline it's set, who the characters will be, how it connects to the rest of Star Wars, and who's in the cast). There's also speculation that Waititi’s film is the same one Marvel’s Kevin Feige is also working on.

With Rian Johnson busy on his Knives Out sequel, Waititi's film seemed like the most likely candidate for the next Star Wars film. However, it looks like Wonder Woman 1984 director Patty Jenkins may beat him to the punch. Disney confirmed that Jenkins would direct Rogue Squadron, a film that will follow another generation of starfighter pilots. The movie will be an original story, one that won't follow the video game of the same name. Per Jenkins:

"We're doing something original with great influence from the games and the books. There's a lot of things being acknowledged and understood about the greatness of all of those things, but yes, it's an original story and I'm so psyched to do it."

Look for Jenkins' Rogue Squadron to hit theaters on December 25, 2023

Other Star Wars projects that were discussed and previewed on December 10 included the Cassian Andor, Obi-Wan Kenobi, and the previously rumored Ahsoka Tano series, all of which are coming to Disney+ in the future. The latter's official title (Ahoska) and logo were revealed, while the Cassian Andor series also got an official title in Andor. Lucasfilm didn't confirm plot details or new characters, which will likely remain under wraps until production on all three series begins. It seems the Disney+ shows are currently moving at a much faster pace than movies as theaters remain closed due to the coronavirus pandemic and will likely continue down that path in 2021.

Meanwhile, Russian Doll’s Leslye Headland has also been tapped to helm a Star Wars show. After much secrecy and speculation, Disney finally revealed some pertinent information about the project during its Investor Day presentation. Officially called The Acolyte, the Star Wars series is a that is set in the final days of the High Republic, an era that began 200 years before the original trilogy, and will be about the emerging Dark side powers.

Previously one of the most elusive of all the spinoffs coming to Disney+, The Acolyte is joining a number of other series, including Rangers of the Republic (set during The Mandalorian timeline), Star Wars Visions, and Lando, a standalone show about the beloved Lando Calrissian. However, we know nothing much about any of these series beyond minor details.

And of course, there's The Bad Batch, Disney's upcoming spinoff of the beloved Clone Wars cartoons. With so many Star Wars TV series and movies being released over the next few years, fans will surely be satisfied with the wealth of content from the galaxy far, far away.

This article was originally published on Dec. 8, 2020