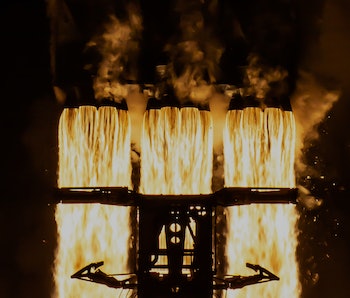 Tesla switched on a virtual power plant; Yandex throws down the autonomous driving gauntlet; and SpaceX completes its most ambitious launch yet. It’s Musk Reads #84.

Tesla switched on a virtual power plant for residents in two states. The new National Grid program lets residents in Massachusetts and Rhode Island support the grid during peak performance. It uses a Tesla Powerwall to act as an energy store for high demand times, reducing the need to fire up dirty coal plants. It follows similar plans in Australia and comes as solar installs are expected to double in the next four years. Read more.

Yandex threw down a challenge to Tesla this week, after its head of self-driving told Inverse that the Russian tech firm is in the top three of the world. Dmitry Polishchuk also claimed that Tesla would need extra sensors to power its full autonomous system. Tesla has notably refused to add lidar to its cars, a position some claim could provide a more futuristic sensor setup. Tesla aims to launch its robo-taxi service as early as next year. Read more.

What’s next for Tesla: Federal tax credits on new Tesla vehicles are set to halve to $1,875 in the United States on July 1. The moment has been described as “when the rubber meets the road.”

Falcon Heavy completed its most ambitious launch yet this week. The launch, which Musk described as the “most difficult ever,” was for the Department of Defense’s Space Test Program-2 mission. Part of the mission included the LightSail 2 CubeSat, which will quietly circle the Earth. Unfortunately, plans to recover the three cores ended with the center core missing its target. Read more.

The company’s Crew Dragon program came under fire this week after the Government Accountability Office published a review of NASA’s Commercial Crew Program. Musk expected to launch the first humans later this year, but the office has warned that both SpaceX and Boeing look like they could slip further. The program is aimed at replacing Russia’s Soyuz rockets as a means of sending American astronauts to the International Space Station. Read more.

What’s next for SpaceX: SpaceX is set to boost production of the Starship’s Raptor engines, producing a new one every 12 hours by the end of the year.

This has been Musk Reads #84, the weekly rundown of essential reading about futurist and entrepreneur Elon Musk. I’m Mike Brown, an innovation journalist for Inverse.

More like this
Innovation
8.8.2022 10:00 AM
A wild new plane-train hybrid could whoosh you to your destination — if it can get off the ground
By Molly Glick
Entertainment
8.5.2022 12:30 PM
For All Mankind Season 3’s space mogul is better than Elon Musk — here's why
By Ryan Britt
Innovation
8.13.2022 9:00 PM
Want to buy an EV? Here’s what you need to know about the Inflation Reduction Act
By James Morton Turner and The Conversation
Related Tags
Share: