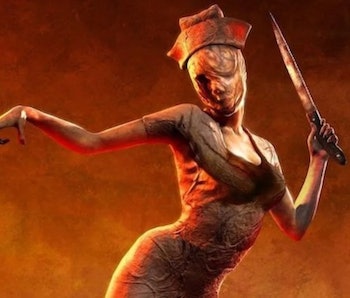 The foggy streets of Silent Hill, where eerie quiet is cut by droning air raids sirens, are among the most evocative environments in video games. Between its impeccable atmosphere and its disturbing psychological horror story, it’s no wonder Silent Hill and the series it spawned have achieved legendary status. But its legacy was cut short when a much-hyped sequel was cancelled in 2015, and fans have been desperate for information about the series ever since.

As always in gaming, anticipation breeds rumors, and Silent Hill is no exception. The series’ history of changing hands and an extremely high-profile cancellation make even far-fetched theories easy to believe, especially for a fan base eager to step back into its haunted halls.

One of Silent Hill’s most iconic motifs, its oppressive fog, was due to a technical constraint more than an artistic choice. The PlayStation, where Silent Hill launched, struggled to render large city environments, so fog was used to cover up this technical shortcoming. The fog is so essential to making Silent Hill supernaturally hostile that fans complained when an HD remake removed some of it, making the game easier to see but ruining the atmosphere.

Silent Hill set a tone that sequels followed closely, though they more often than not failed to reach the heights of the original. Then came 2014, and a strange PlayStation demo called P.T., directed by Hideo Kojima. The demo shared a lot of similarities with Silent Hill, including its tense atmosphere and themes of familial trauma, but it wasn’t billed as part of the series. Only when players reached the end of P.T. would they see a trailer revealing that it was a demo for Silent Hills, the next game in the horror franchise.

Fans’ hopes were crushed when Konami not only cancelled Silent Hills, but also pulled P.T. from PlayStation’s servers entirely, making the game impossible to access. Fans scrambled to preserve their own local copies and even create unofficial remakes, but Konami hasn’t mentioned P.T. publicly again. With Silent Hills’ cancellation, the series effectively ended in 2012 with the disappointing Silent Hill: Downpour.

In the hearts of fans, though, Silent Hill is primed for a comeback. When Silent Hills was cancelled, Konami said the series was still alive and that a sequel was planned. Fans took that to heart, despite total silence on the subject from Konami afterward.

Then in 2020, rumors began to stir. Leaker AestheticGamer claimed that a new Silent Hill game started development in 2019 and was due for a reveal in July or August 2020. The rumor alleged that original director Toyama was returning, along with composer Akira Yamaoka and art director Masahiro Ito. It was supposed to be a soft reboot, and not related to Silent Hills at all. August came and went with no announcement.

In 2021, a trailer for the horror game Abandoned was so similar in style to Silent Hill that people immediately assumed it was actually Kojima’s sequel. Given the bait-and-switch of P.T., a new Silent Hill game masquerading as an unrelated project seemed possible. The game’s creator disputed the rumors, and Abandoned was alleged to be a scam. In the investigation of Abandoned, it was revealed that its director intentionally sought to convince potential players that it was connected to Silent Hill, even putting a Silent Hill 5 logo on early concept art.

Rumors picked up again in 2022. In May, leaker NateTheHate2 posted screenshots supposedly from a horror game in development on Twitter, claiming they were from a new Silent Hill title. The screenshots circulated briefly before a copyright claim took the images down, which only further convinced fans that they were legitimate. NateTheHate2 also claimed The Medium developer Bloober Team was developing a new Silent Hill game, and it’s not the first time the developer has been tied to the series.

Bloober shut down rumors claiming concept art leaked from the studio belonged to a Silent Hill game in 2021, but stopped short of denying it was working on the series. Konami is in fact working with Bloober Team on an undisclosed project, and Silent Hill composer Yamaoka already worked on The Medium, which fans took as a meaningful connection. After work on The Medium concluded, Yamaoka reportedly called his next project with Bloober “the one you’ve been hoping to hear about” in a now-deleted video interview. Konami, meanwhile, hasn’t said a word, leaving the rumored Bloober Team Silent Hill game an open case.

The most recent development comes from VGC and GiantBomb’s Jeff Grubb. According to a report from VGC, Bloober Team is actually working on a Silent Hill 2 remake for PlayStation and Annapurna Interactive is working on an episodic Silent Hill series. The piece speculates that both projects could be revealed at an end-of-the-year show like The Game Awards, but editor Andy Robinson said on Twitter that sources told him the reveal will happen earlier. In response, Grubb implied that they would actually appear in September with a cheeky Earth, Wind & Fire gif.

Konami is set to debut something at the Tokyo Game Show beginning September 15, but VGC says it’s most likely a smaller project, not the long-awaited Silent Hill revival.

Despite the long, disappointing history of false announcements, it seems that Silent Hill is finally poised to return — at least, it’s more likely now than it’s ever been. The history of unrelated, squashed rumors muddies the water, but all the most reliable indicators are now pointing toward Bloober Team. There’s still the frightening possibility that all this hearsay adds up to nothing in the end, but all the tension leading up to a possible reveal seems like the perfect gift for Silent Hill fans.